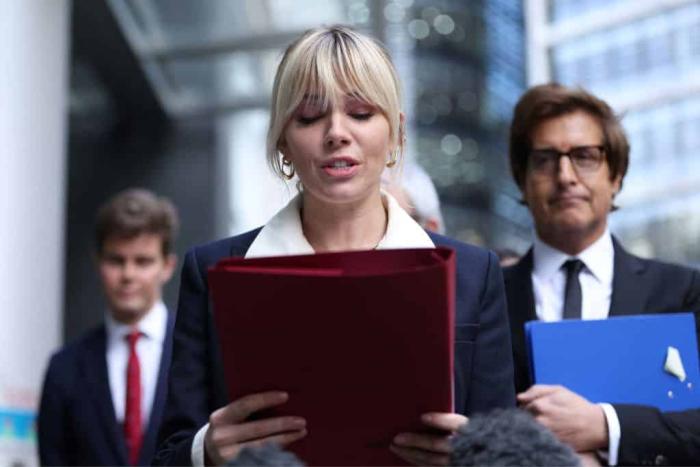 Your Daily Reminder That 'The Sun' Newspaper is Scum

The Sun is scum. The bottom-feeding dirt-tag of British tabloids is an irredeemable hive of corruption, cruelty, conservative propaganda, and reported criminal activity. After the phone-hacking scandal that sent ripples through the U.K. almost a decade ago, there’s been little to no change to this abhorrent status quo. News Group Newspapers, the Rupert Murdoch-owned organization, denies illegal activities but nobody believes them.

Lately, they’ve been offering a whole load of settlements to major celebrities who took them to court over alleged phone hacking and harassment. This week, actress Sienna Miller received what is reported to be one of the largest settlements by Rupert Murdoch’s organization to victims of phone hacking. While the exact size of the payout is confidential, Miller has refused to stay silent on the torrent of abuse and targeted invasion of her life that she received for years thanks to the tabloid.

Speaking outside of court yesterday, Miller said that the newspaper’s actions ‘shattered me, damaged my reputation - at times beyond repair’ and left her in ‘a state of intense paranoia and fear.’ During the early years of her career, Miller was bombarded by press attacks, primarily because of her relationship with Jude Law. I remember that era and it felt like there wasn’t a day that went by without a whole heap of headlines about Miller’s looks, love life, style, family, and alleged bad behavior. While News Group Newspapers denies any unlawful information-gathering took place at The Sun and settled the claim with no admission of liability, Miller’s lawyer said that the settlement is ‘tantamount’ to an admission.

In court, a statement read by Miller’s lawyer revealed how she was ‘horrified’ to see court documents which she believed showed the journalist Nick Parker had claimed expenses and met a ‘medical records tracer’ to discuss a pregnancy from 2005. Miller stated that she believes the medical records tracer was Christine Hart, who allegedly obtained private medical information and appeared to have issued an invoice for ‘Sienns (sic) Miller Pregnant research.’

During the Leveson Inquiry, Miller had talked about how she had been driven to accuse her family and friends of selling information on her to the press after a very private part of her life had made its way to the tabloids. She also discussed the fear of being chased down dark alleys by men with cameras who would yell and spit at her, as well as chase her in cars with ‘highly illegal driving.’

During her statement to the press, Miller noted that she had wanted to pursue her case to a full trial, but that option was not available to people without ‘countless millions.’ She said that she hoped someone would eventually have the means to do so and that she would happily put herself forward as a witness if necessary. This is the problem with so-called press freedom. When obscenely monied media monopolies control everything, they are immune to accountability because, unless you’re Jeff Bezos, nobody can outspend you. The supposedly independent press commissions in the UK are laughably inept. It’ll take someone with serious clout and a resolute fearlessness towards the abhorrent cruelty of the tabloids to take their case to court.

Unrelated but hey, did you know that Prince Harry’s case against The Sun, The News of the World, ad the Daily Mirror over phone-hacking could come to court next year?


← Is Jason Reitman's 'Saving Simon' the Best Television Ad of 2021? | The Best Damn Music Video Of All Time: 'You Give Love A Bad Name' By Bon Jovi →