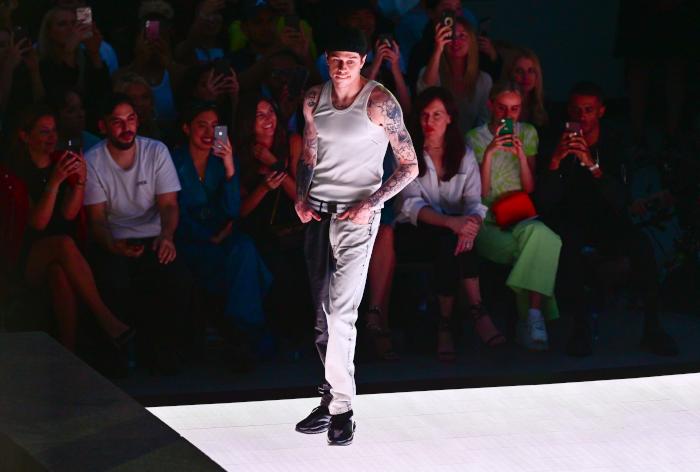 Comedians have been taking a big hit lately. And by that I mean they’re finally being held accountable for their comedy. However, hearing that Saturday Night Live’s Pete Davidson was making attendees sign $1 million nondisclosure agreements before seeing his show last week is peak ridiculousness. Sure, have comedians asked those in attendance to put away their phones? Yes. Have they made them sign NDAs promising they’ll be in debt until the day they die if they dare uttered a word about the comedian’s set material? Absolutely not. And honestly? What in the actual f*ck???

Here’s what happened: Stacy Young, who was supposed to attend Pete Davidson’s comedy show last week at the Sydney Goldstein Theater in San Francisco, allegedly received an email nondisclosure agreement before the show. Since she didn’t sign it, she posted it to Facebook. Per Variety, here’s what it read:

“The individual shall not give any interviews, offer any opinions or critiques, or otherwise participate by any means or in any form whatsoever (including but not limited to blogs, Twitter, Facebook, YouTube, Instagram, or any other social networking or other websites whether now existing or hereafter created).”

The NDA goes on to include this statement: “In the event of breach of this agreement, individual shall pay company, upon demand, as liquidated damages, the sum of one million dollars, plus any out of pocket expense.”

The same NDA was given to audiences for Davidson’s Chicago show, sources said. I don’t know about you, but I don’t know anyone who attends these stand-up shows who has $1 million lying around. Aside from the insane amount of money owed if they breached this NDA, the fact that Pete Davidson is censoring attendees from sharing any opinions about his stand-up is controlling and makes me wonder exactly what it is he doesn’t want people to know. His material is likely extremely problematic, let’s be real. The NDA gives him the opportunity to say anything he wants, whether it’s racist, sexist, homophobic, and get away with it. Basically, there’s no way in hell he’s saying anything good if he expects people to sit down and shut up about his comedy and that’s a big problem.