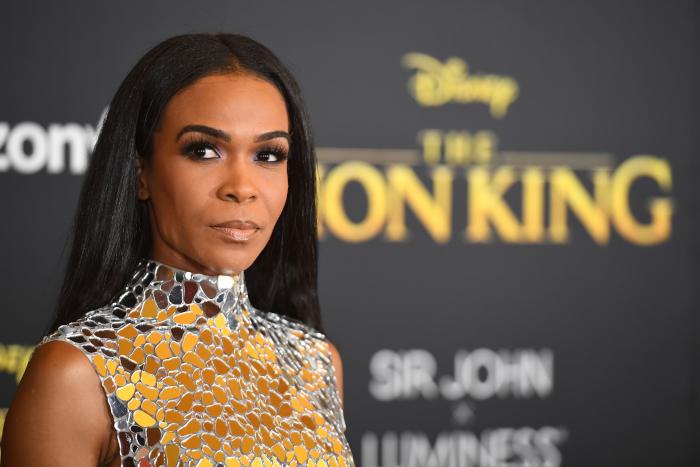 Michelle Williams Knows She's 'Not Everybody's Favorite' and It's Fine, She 'Still Got Paid'

Former Destiny’s Child member Michelle Williams knows she isn’t Beyoncé or Kelly Rowland and she’s OK with that. During her stint on NBC’s The Masked Singer, Michelle Williams admitted that she had insecurities about her voice, which shocked the reporter over at Billboard for some reason (being a member of Destiny’s Child didn’t automatically wash away any insecurities, c’mon).

Anyway, during the interview, Williams admitted that she’d read the mean comments on social media and was made very aware that some people believed she didn’t have “the most commercially appealing voice or whatever. People have their favorites, but vocally I was not a favorite in [Destiny’s Child], and that stuck with me.”

Fast forward to the singer’s recent appearance on The Real, where she clarified her previous comments. Turns out she truly is fine knowing she’s “not everybody’s favorite.” She still manages to sleep at night knowing that because she still got her checks cleared and that’s what’s important (though to say her voice isn’t appealing is complete bullsh*t).

“It’s not that I was second-guessing, I’m just aware. Some people are like, ‘Oh my God, they said it stuck with her.’ No, it didn’t stick with me. You know, sometimes you’re just aware that you’re not everybody’s favorite and that’s okay. I still got paid! I’m just saying, I’m aware but I didn’t lose sleep. That was not contributing to any sadness of mine. I’m just aware.”

Good for her. Getting paid is definitely more important than what people are saying about her in the comments section. This is the kind of energy I hope to carry with me in 2020. After all, there’s no pleasing everyone, so as long as Michelle Williams continues thriving in her own way, then it’s all good.

You can watch the singer’s interview on The Real below!

← What's the Deal with All the Adam Driver Discourse? | Brad Pitt's Leaked Xmas Plans With His Kids Are Definitely NOT a Dig at Angelina Jolie, Right? →