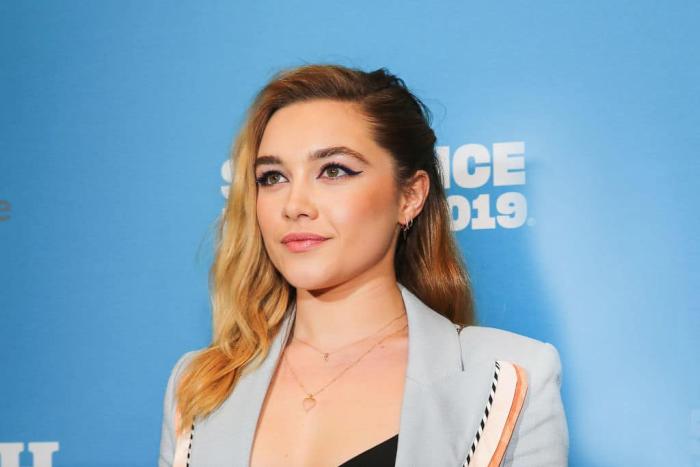 There’s much to love about Toni Collette’s staggering performance in last year’s horror hit Hereditary, but what you probably remember is her cry face. As Annie Graham, a deeply troubled woman struggling with grief, familial strife, and overwhelming hopelessness, Collette is nothing short of a revelation. The way she turns decades of this woman’s pent up pain into a tornado of utter agony. It’s a performance pitched somewhere between an old Hollywood melodrama and a Wagnerian opera. She wails and howls and practically twists herself into a physical representation of agony, akin to Linda Blair’s head twisting around in The Exorcist. And then there are the cry faces. The most striking moments of a film chock full of images that sear themselves into your brain (all hail Paimon) are of Collette’s face externalizing that fury and bafflement. They were memed for a reason but it’s also easy to forget just how tough it is to do what she does in that film. She makes Annie’s fear and fury seem palpable but never cloying. It leans over the precipice into Mommy Dearest camp without ever losing its true terror. How do you make trauma look as horrifying as it actually is without defanging it? She found a way. It’s no wonder we all memed it. We’ve had a tough year, you guys!

So when Hereditary director Ari Aster followed up his debut with Midsommar, and the trailer revealed that movie’s leading female star revelling in her own cry face, of course we latched onto it. Florence Pugh’s performance isn’t necessarily directly comparable to that of Collette, although they do cover similar themes of grief and being overwhelmed with the sense that you cannot control anything in your own life. As Dani, the British actress Pugh is a woman smothered both by her inability to fully mourn following immense trauma and her exhausting default mode of making herself miserable to accommodate people who don’t deserve it. She’s a wounded animal, sapped of her anger when it could best serve her, a woman who is so dishearteningly used to being massive aggressively harangued into doing what she’s told. The catharsis she craves is denied at almost every turn, and the moment where she gets to let it all out and show off that cry face is primal. Like Collette, Pugh’s cry face has become a symbol of something bigger, the necessary expression of a universal pain. To put it bluntly, Florence Pugh makes it too real.

If you’ve kept your eye on indie film and prestige TV for the past couple of years, then the rise of Florence Pugh is something you’ve practically been begging for. Over the course of a mere eight movies (one made for television) and two TV series, Pugh has proven herself to be a talent of formidable range and charisma. There is something about her that gets under your skin, whether she’s embodying the stillness of a repressed Victorian wife or playing around with the brassy charisma of a trainee wrestler. All that and she’s only 23 years old.

Like most people, my first exposure to Florence Pugh was in Lady Macbeth. The 2015 historical drama, based on a Russian short story, was the best kind of surprise. Pugh plays a young woman married off to an older brute and left to rot in a cold, barren estate in rural England. What begins as a familiar but still immensely claustrophobic tale of female oppression and sexual awakening becomes a bleak tragedy of abuses of power. Without giving too much away for those who haven’t seen it - and you definitely should see it - Pugh goes from victim to abuser in a fascinating manner that allows her to completely upend your expectations. You’re mesmerized by her to the point where you can’t help but excuse her as she starts to slide into darkness, and the fact that you’re with her for as long as you are is a testament to how enrapturing Pugh is. She’s merciless.

In her tiny filmography, Pugh has shown a level of world-weariness and earthiness that could be easy to dismiss as cloying precociousness. She doesn’t tend to play young women in the way we expect from most pop culture but it doesn’t feel like dress-up. And as wonderful as she is at that steeliness of a woman beyond her years who’s seen it all, she also excels in the prickly charm of youth. In Fighting With My Family, she plays the wrestler Paige in a fun but super sanitized biographical comedy about her rise through the ranks of the WWE (shockingly, the movies comes to us courtesy of WWE Studios). While the narrative struggles to make Paige’s rise seem like anything other than the preordained machinations of professional wrestling, Pugh is clearly having a blast and revelling in a rare chance to be both funny and physically tough. She plays Paige like so many women I’ve known in my life, rough-edged and used to taking all manner of crap, but knowing a well-timed quip and death stare can get you through anything. On television, she had the one-two punch of Park Chan-wook’s oddly overlooked adaptation of The Little Drummer Girl and the role of Cordelia in BBC’s King Lear opposite Sir Anthony Hopkins, both of which continued her growing tradition of taking on roles of women torn asunder by male demands who do not react in the expected manner.

Pugh excels at playing women who have spent their lives bottling everything up before finding they cannot take it anymore, but that catharsis is often messy, strange, uncomfortable, and leaves behind a lot of collateral damage. There is something in the way she embodies that weariness, as if someone is adding brick after brick to her weighed down shoulders, that practically radiates from the screen. It is inevitable that she will earn further acolytes and be celebrated for her work, especially as she is set to join the Marvel universe via Black Widow and will soon be seen as Amy March in Greta Gerwig’s take on Little Women. I can’t wait for more. She’s a paraffin soaked rag and you simultaneously dread and can’t wait for the moment when a spark ignites her.

All that and she does great cry face? The world is hers. 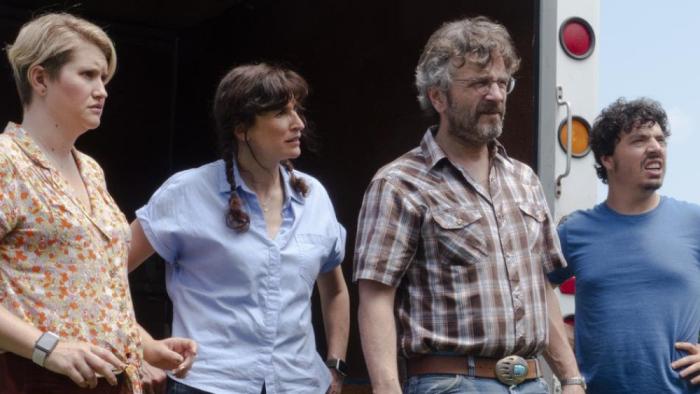