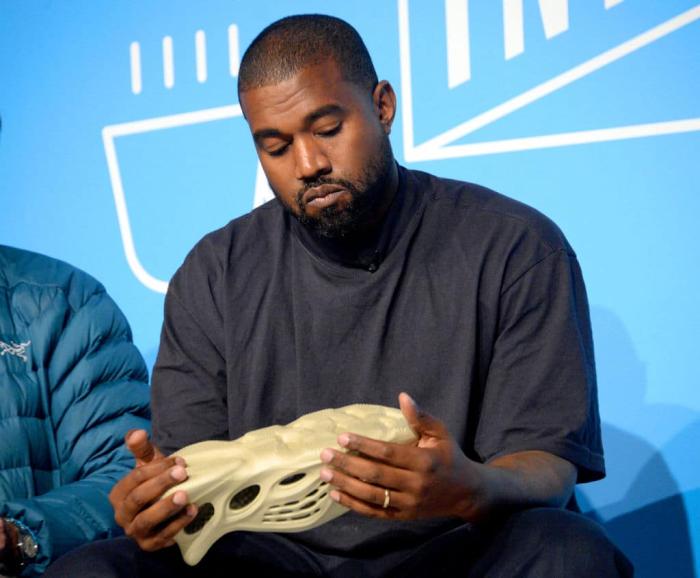 Yup, it’s Kanye news time. Look, I’m sorry and I know things are already dark in the world right now but I’m a pop culture and celebrity writer, and talking about these inanities is what I do for a living. Besides, Kanye West is, whether you like it or not, one of the most famous and important celebrities of his time, a deeply divisive figure whose artistic achievements and public persona inspire the most heated conversations. He represents so much of what it means to be a star in 2020, from the personal to the political to the obscure. The media also has a real issue of treating West, a man with bipolar disorder, as a faux-monologue spouting meme machine, simultaneously revered and maligned with nothing dividing the two concepts. His oft-nonsensical rants have been elevated too many times over to the stuff of high art by profile writers who don’t wish to lose their exclusive access while still yearning for the days of ‘Stronger’ and ‘Jesus Walks.’ The recent profile of West in GQ is a peak example of that: A glowing piece of PR that pretends to be more critical than it actually is in its bloated word salad.

So, it’s something of a surprise when a media outlet acquiesces to West’s inane demands and does so in a way that thoroughly drags him, even while it seems to ostensibly be celebrating him. Forbes recently declared that Kanye West is now officially a billionaire, in large part thanks to his highly successful Yeezy line of trainers. Forbes had been hesitant to make a detailed estimate of West’s wealth in the past due to his unwillingness to offer verifiable numbers on how much money he truly has to his name. After months of requests from the publication (and West’s own complaints that he wasn’t being taken seriously by them), the rapper finally handed over some data to back up his claim that he is worth around $3 billion. Forbes knocked that down to about $1 billion, but the confirmation he desperately sought was there: Kanye’s a billionaire.

West may have eagerly wanted this proof so he could shout about it from the rooftops with the receipts in hand, but Forbes don’t exactly paint a glowing portrait of the man or his business practices. After noting that West, during a freaking pandemic, had texted them by claiming that the company was ‘part of a group of media’ trying to suppress West due to his race, Forbes details that his apparel division probably doesn’t make money. They also suspect that West’s personal wealth, his cash on hand, is infinitely smaller than his desired billions, partly due to his exorbitant spending habits and his oft-discussed debts. The piece even gets a dig in at West making up a ‘vainglorious trinity’ by noting that he is one of three people who ‘have stood out for their fixation on what Forbes estimates their net worth to be: Prince Alwaleed bin Talal and President Donald J. Trump.’ West still seems dissatisfied with the Forbes estimate and insists his net worth is closer to $3.3 billion.

Calculating the obscene wealth of the mega-rich is a near-ethereal practice that only further highlights that billionaires as a whole should not exist. The accumulation of money and clout in this fashion relies on trick mirrors, an endless maze of dead ends and inescapable jargon that relies on half-truths, if not outright lies. Think of how Forbes estimated the grand wealth of Theranos CEO Elizabeth Holmes, positioning her as the world’s youngest self-made female billionaire based on the idea that her company should be worth something. Never mind that it was all a crock of sh*t that nobody could prove. The potential of the billionaire was enough. That house of cards fell apart when the slightest breeze of accountability came along in the form of John Carreyrou. All the Wall Street Journal journalist had to do was provide the slightest piece of evidence that all was not as it seemed as Theranos and their entire crooked enterprise crumbled. Soon thereafter, Forbes recalculated their estimate of Holmes’s wealth to be zero. The Elizabeth Holmes conundrum only further exposes the lie of the billionaire: It only exists as long as there are people to believe in it, and that concept is almost entirely reliant on a total lack of questions. West wants the confirmation of his billionaire status but not so much that it undoes his own delusions of his wealth. He’s a real billionaire, you see, not a minor one who barely scraped his way to ten figures.

Of course, the biggest problem with billionaires is that they shouldn’t exist. Nobody accrues that kind of money honestly under capitalism. You’re either born with it or you garner it through an exploitative system that relies on keeping the majority of unwitting participants crushed forever under its inescapable weight. You don’t earn that kind of money; you hoard it through bad governmental policy, lax regulation, and inhuman labor conditions (yo, Jeff Bezos.) Who needs one billion dollars? Who could possibly spend all of that money in one lifetime? It simply cannot be done. Well, maybe that’s not entirely true. You could donate all that money to charity or be willing to take a pay cut by sitting out barely legal tax evasion schemes. You could instigate fair labor policies in your company and offer a sturdy living wage, good insurance, maternity and paternity leave, childcare, and free meals for all. Of course, if you’re a billionaire, you’ll never do that because to do so would mean losing money. It would expose the reality of how you became a billionaire in the first place.

The most insidious aspect of the billionaire is that they have managed to make the impossible an aspiration for the masses. We are forced to grovel to people like Bezos, Elon Musk, and Elizabeth Holmes because they have successfully pushed the lie that we too could one day become billionaires if we work hard enough. We’re told it’s bigoted to be mean about the mega-rich and that words like ‘oligarch’ are slurs. It’s seen as not only acceptable but attainable to want to be so rich that you’ll never possibly spend all your money. We know that billionaires only happen through half-truths, exploitations, and the systemic crushing of the working classes, but we still celebrate that dream. Billionaire-ism becomes less an issue of wealth and more the structures of an almighty cult.

It’s often said that money doesn’t make you happy (although it certainly can make your life a hell of a lot easier.) It’s a trite platitude used in fairy-tales and the like the press the narrative that true joy comes from within, as if we are all living in a vacuum that is untouched by the realities of capitalism. Still, it does seem to carry a smidgen of truth when it comes to Kanye West. He wanted everyone to know he was a billionaire, but even when Forbes confirmed it, that wasn’t good enough for him because they didn’t verify him as an even richer billionaire. I can’t say I have much sympathy for him here. He seems to view that level of wealth as an impenetrable shield of his apparent success and power. Of course, the man who sang the line, ‘No one man should have all that power’ should know better.

← Review: Julia Garner is Exceptional in the Harvey Weinstein-Inspired 'The Assistant' | Dr. Anthony Fauci Offers a Glimmer of Hope After Results in Remdesivir Clinical Trial →