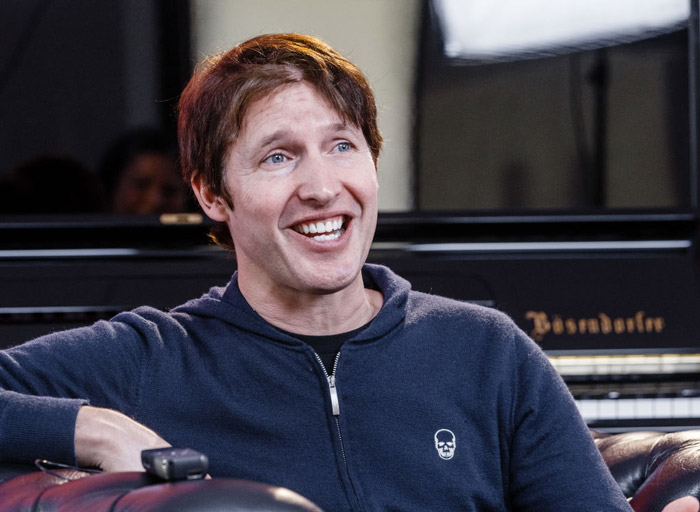 James Blunt Once Flirted With Scurvy Because Of Toxic Masculinity

Stateside, James Blunt is chiefly known for the cringe-worthy hit song, “You’re Beautiful.” But did you know this English singer was once a bro-dude so high on toxic masculinity that he gave himself a disease that was essentially eradicated in modern life because of the ease of balanced diets? Dude got scurvy, and all because he was trying to rile the women at his college.

While appearing on the podcast Table Manners, Blunt recalled his days as a student of the University of Bristol in the mid-90s. He recalled how in his sociology classes, “There were 170 girls and only three boys, of which all the girls were vegetarian or vegans.” Apparently, both the domination of women in this realm and their eating habits intimidated Blunt, so he waged a petty rebellion by only eating meat.

“Out of principle I decided I’d become a carnivore,” he explained. “And just lived on mince, some chicken, maybe with some mayonnaise. And it took me about six to eight weeks to get very, very unhealthy and see a doctor, who then said, ‘I think you’ve got the symptoms of scurvy.’”

Well done, James. You’ve achieved a disease most often associated with 17th-century pirates. Very manly and rank indeed. You sure showed those veggie-munching ladies what a stud you are!

Imagine this scene. A sickly college bro has meat sweats on the exam table. He is explaining how his diet is only meats and mayonnaise, the kind of diet that gave oafish monarchs gout. With an annoyed sigh, the doctor says, “James, I’ll be blunt. You’ve got scurvy. Go suck a lemon.”

Okay, in real-life such bad punning would probably be cause for a malpractice suit. Also in real life, the doctor told this dunce to up his vitamin C intake. “So, I took it upon myself to drink a liter of orange juice every night,” Blunt said, “And then immediately got acid reflux.”

At least Blunt realizes the idiocy of this now and can laugh about it, sharing the story as a tale of dumb, dumb, dumb, misogynistic youth.