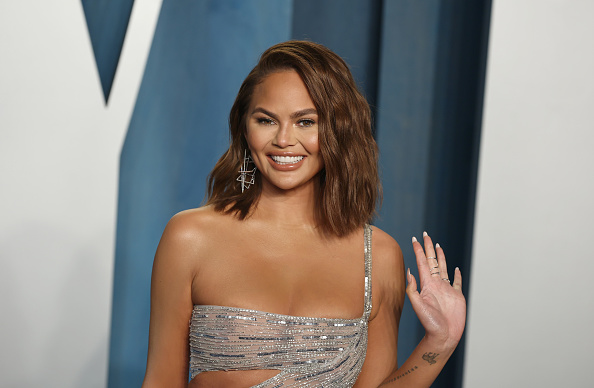 Skinny is in. To be fair, it never truly went out of style. For all of our faux-enthusiasm over body positivity and minor cultural acceptance of curves (albeit in the most narrowly defined manner possible), it’s hard to deny that thin remains the societal standard of acceptable beauty. The Kardashians have gone lithe, dropping the large butts and reported BBLs used to appropriate Black women’s bodies. In October, The Cut noted how the internet had once again embraced thinness, especially among TikTok users and fashion bloggers. Page Six even went so far as to declare that ‘heroin chic is back’, citing the change in physique of both Kim and Khloe Kardashian. As we prepare for the weary but inevitable onslaught of fad diets and pro-ana aspirations, it’s no surprise that plastic surgeons are eagerly waiting in the wings to cash in on the madness. Sure, you could get liposuction or work on removing that Brazilian Butt Lift, but for instant facial results, how about buccal fat removal?

The buccal fat pads are one of several fat masses located in your cheeks. It’s what makes babies’ cheeks so delightfully chubby. The pads are mostly used for helping with chewing and protecting sensitive facial muscles from injury. They can be removed without causing much harm. According to Harley Street, removing buccal fat ‘gives subtle contouring enhancements for a more streamlined appearance to the midface. The operation restores facial harmony and balance by removing the buccal fat pads in the midface and reducing midface fullness.’ They also say that the procedure to have it removed from your face ‘takes around 45 minutes and patients can usually return to work after one week.’

As with many instances of celebrity surgery, few admit to having had the operation. Chrissy Teigen is a notable exception, telling her social media followers that she ‘did that buccal fat removal thing here.’ We won’t speculate on who may have had this procedure, although it’s not hard to find people posting screeds of evidence against all manner of famous women who suddenly developed sharp cheekbones without any noticeable weight loss.

In her piece for The New Yorker on what she described as ‘Instagram face,’ Jia Tolentino noted how this trend made all women look the same. It’s a ‘single cyborgian look’ best summed up as that of a ‘sexy baby tiger.’ The idea is to suggest a racial ambiguity but be distinctly white, as arguably best summed up by the Kardashians. Expect catlike eyes, full lips, and high cheekbones that could cut glass. This look also fetishizes a strange dichotomy: mature eternal youth. It’s a way to seem wise beyond your years, to gain the positives of age but without all of those nuisance wrinkles. That’s how we’ve ended up with a bunch of 23-year-olds who look ready to attend their 40th birthday party. Women are either babies or crones, and the only acceptable way to age is to deny it at every turn, but make sure to appropriate those elements of time that can look good on a magazine cover.

The instant maturity buccal fat removal offers merely exacerbates nature’s own process. As you get older, you lose that fat in your face, and replacing those pads isn’t as easy as injecting fillers into the space where they used to be. If left untouched for a few years, expect to see a few 27-year-olds with cavernous cheeks and a deathly pallor. It’s not entirely different from the reality of fillers and botox, which promise smooth skin but often make one look older than their years. The ideal look isn’t one of a regular 20-something skinny white woman; it’s an overtly filtered one that acts more as a palette than a true visage. It’s malleable in a way our own bodies often aren’t, a canvas manipulated from an Instagram post.

Of course, when this trend dies and chubby cheeks are ‘in,’ there will be plenty of vultures eager to make bank from this too, with offers of fillers and brand new ways of modulating the flesh for maximum aesthetic efficiency. There’s an invasive and risky way to fix every perceived ill, from flabby kneecaps to lack of dimples to too many ribs. Attempts to appropriate Blackness are quickly erased once the fad loses its market value. It’s not merely that this cycle is impossible to keep up with: it’s designed to be that way. Capitalism cannot work in a world where we like ourselves. The agenda is to make even the faces and bodies we’re born with a commodity that should be altered endlessly, whether it’s through dangerous diets, diarrhoea tea, shapewear, makeup, or increasingly accessible procedures that are sold as empowerment. And if some of these things are occasionally irreversible (or at least difficult to amend unless you’re extremely wealthy), that’s also part of the design.

I’m not sure we’ll ever get to a place where truly natural beauty and aging are considered not only normal but ideal. There’s no money to be made from accepting that everyone looks fine the way they are, or that it’s perfectly okay to not be attractive. My worry is that it will take mass deaths or irreparable physical harm to patients before such surgeries are truly examined as more than fads. But by then, we’ll all have moved on to the next unreasonable errors of our own bodies, eager to see what can be done to mend that which is not broken. Just keep an eye on whatever the Kardashians do, now that they’re back to being white.


← 'Something from Tiffany's' and Zoey Deutch, the Kate Hudson of the Streaming Era | 'Emily the Criminal,' That Aubrey Plaza Movie, Is Pretty Good →