I’m approaching this subject with as much delicacy as I, a shaved orangutan, am capable. Because while “Demi Lovato Becomes Paid Promoter for Lizard People” is a fun topic, they (Lovato, not the Lizard People) have had a rough go of it. They suffered from eating disorders, self-harm, and drug\alcohol addiction since their teens. Demi also survived a sexual assault from a Disney Channel costar when they were 15. Despite — or likely in part because of — their early fame and wealth, Lovato has never been the most balanced individual. Their actions, however, recently shifted from self-harm to public harm by endorsing Gaia, a video streaming site for the health-conscious conspiracy theorist.

Gaia carved out a video streaming niche by offering a library focused on pseudoscientific woo-woo mumbo-jumbo nonsense to its 750,000 subscribers. What starts as a harmless foray into beneficial practices like yoga and guided meditation quickly descends into true quackery. We’re talking QAnon. Aliens. Psychic spies. Spiritual healing. And yes, lizard people. Gaia promotes “documentaries” about Atlantis and these reptilians as some of Lovato’s favorites. Business Insider reported on the company in February, and apparently the corporate environment is as bonkers as their library suggests.

People are of course welcome to believe and promote whatever they like, but it’s a slippery slope when a celebrity like Lovato promotes a site like Gaia. Even if someone begins browsing for something innocuous like yoga videos, they’ll quickly be inundated with conspiracy theories about vaccines, government conspiracies, and wellness alternatives that at best don’t work and at worst make you sicker. It sounds like Lovato, unfortunately, is an actual believer in some of this, and their history likely makes them more vulnerable to this sort of manipulation. That’s bad for them personally, and any of their fans who follow along.

In lighter news, Gaia isn’t the only thing Lovato’s promoting these days. There’s also the “Demi Wand,” a discreetly-sized yet bright yellow vibrator. It was created with Bellesa, a woman-centric pornography and sex toy company started in 2017. All of that feels much healthier than yoga lessons that devolve into lectures about colloidal silver mined by the mushroom people at the center of the earth. The color is a bit unfortunate, though not as bad as the flesh-toned option. Why do so many sex toys look more appropriate for dogs or toddlers than adults? Are they supposed to appear non-threatening? I guess I’m old-fashioned and still expect form to match function. In any event, if you’re easily swayed by celebrity endorsements, I recommend checking out Demi’s taste in toys rather than their take on the Stone Age battle between giants and reptiloids. 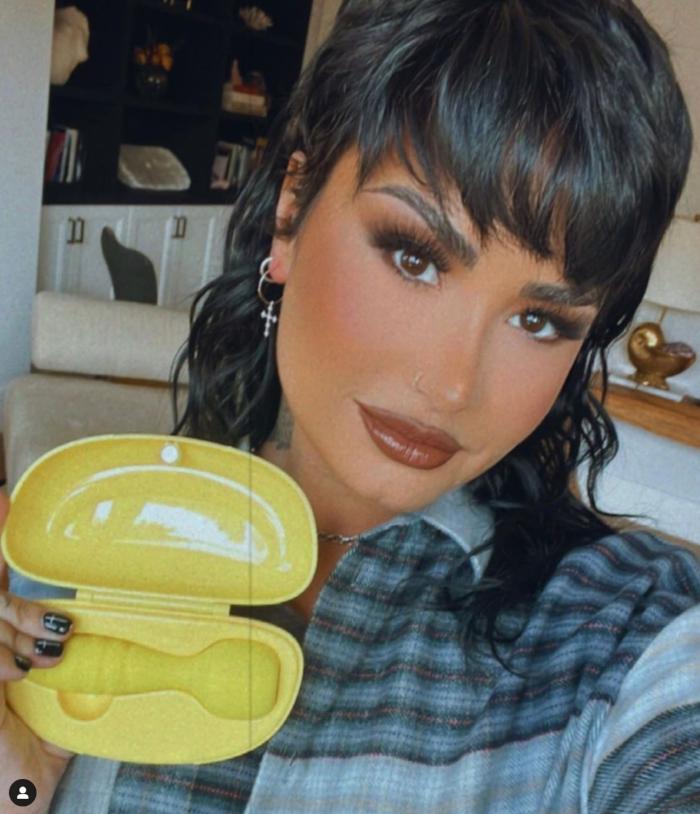