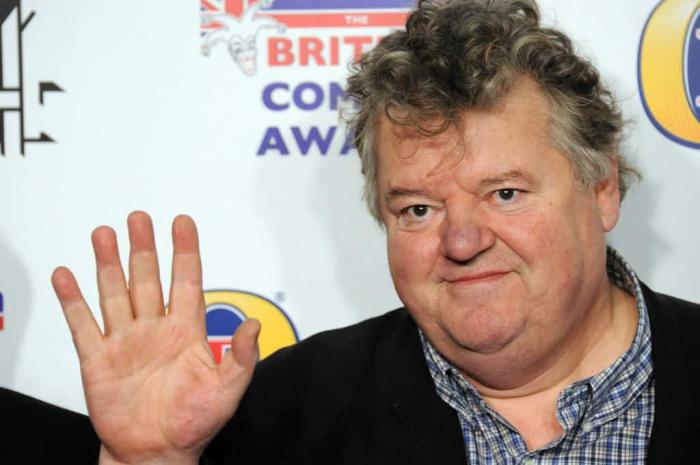 With J.K. Rowling’s new novel garnering controversy for its transphobic content, the usual talking-heads are at it again. We’re hearing the same nonsense as we always do. “Oh, blah-blah censorship”. “Cancel culture’s at it again”. “Kids are so easily offended”. “They’re not real feminists”. It’s a veritable BINGO card of dog-whistle bullsh*t. As the expected losers spend all of their goddamn time defending a multi-millionaire celebrity from the criticism that she is goading the marginalized into giving her, we now have some familiar Harry Potter-related figures joining in on the ‘fun.’

Stepping forward is Robbie Coltrane, who played Hagrid and is still a pretty big deal in British film and TV. He told the Radio Times that he didn’t see any issues with Rowling’s transphobia:

‘I don’t think what she said was offensive really. I don’t know why but there’s a whole Twitter generation of people who hang around waiting to be offended. They wouldn’t have won the war, would they? That’s me talking like a grumpy old man, but you just think, ‘Oh, get over yourself. Wise up, stand up straight and carry on.”

A reminder that Robbie Coltrane is 70-years-old and didn’t fight in any war that we poor oversensitive millennials couldn’t win. Indeed, our generation’s been subjected to a pretty solid number of wars worldwide. That’s hardly the point, of course, and I’m not sure Coltrane even knows what his point is. This is bog-standard ‘old man yells at cloud’ stuff, yet another screed about how the young ‘uns aren’t as tough or resilient as the mythic ‘greatest generation.’ Nothing builds character like the generations who dealt with criminalized homosexuality, legalized marital rape, a lack of socialized healthcare, and corporal punishment in schools, am I right?

Coltrane’s word-vomit does, at the very least, expose the truth at the heart of transphobes like Rowling and her goons: They want to be offensive. They want to hurt. They want the ability to discriminate without pushback or legal intervention. That’s why we always hear criticism of literal bigotry being decried as the frivolous wails of the ‘oversensitive’ or ‘people looking to be offended.’ It’s one of the greatest tools of white supremacy, that form of mass gaslighting that has generations of people believing that basic empathy or a desire for the minimum of human rights is a sign of weakness.

Rowling wants to position herself as some brave stalwart of free speech. Really, she’s that kid in primary school who always got up in your face and goaded you by saying, ‘Are you offended?!’ She’s like Ricky Gervais without the bellows of ‘it’s just a joke’ every five seconds. She’s a fancier Katie Hopkins or Tinny Laryngitis, the kind of person who thinks that being bigoted is somehow brave rather than an every day and hugely legitimized default mode of life for the majority of the world’s population. There’s nothing brave about people like her because there’s nothing less risky on this planet than being transphobic.