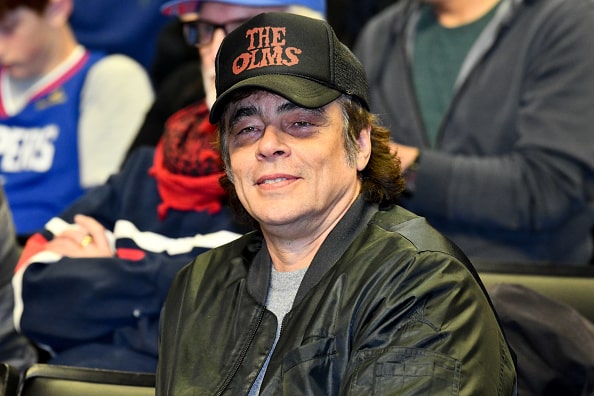 Celebrities You Forgot Had Kids Together, Like Benicio del Toro And Kimberly Stewart

For some odd reason, Kate sharing a story in Slack about Ryan Reynolds and Kristen Johnston dating back in the ’90s made me think about that time Benicio del Toro had a kid with Kimberly Stewart. Why? I don’t know where my thoughts come from, I just embrace them, OK?

I totally forgot del Toro and Stewart, daughter of Rod Stewart, had a kid together back in 2011 despite never being a couple. Her name is Delilah, she is gorgeous, and all the photos show her delighted to be with her equally enamored parents. That got me thinking about other celebrities with shared offspring we totally forgot about.

Marcil and Green met on the set of Beverly Hills 90210 in the late ’90s when she became a recurring character. The pair dated, became engaged, had son Kassius Lijah on March 30, 2002, and then split in 2003. Green was photographed multiple times with son Kassius, with new wife Megan Fox eventually appearing in pap shots wearing the shirts of her step-son.

In 2018, Marcil took to Instagram to claim Green and Fox stopped allowing Kassius into their lives five years prior.

As usual I can’t wait to see @lisalingstagram show on custody cases. 12 years ago I was served legal papers and then spent 8 years+ defending myself and my son in custody court in response to his father & his stepmother trying to get full custody(that means I would have seen my son four days a month) and then asking me to pay them child support. They lost that case & a civil case asking me for 200,000. I never spoke publicly in order to protect my then young son from hearing anything negative about his father and from paparazzi that used to follow him & terrify him. I had also never asked for child support of any kind and had never tried to take time away from Kass’ dad seeing him. Ever. In the end they lost all of these court cases. The judge called them all “Frivolous” They always had and still have 50% custody and so still did when court ended as I had and have NEVER asked for full custody. Then, 5 years ago on their own they decided to completely cut Kass out of their lives and his younger brothers’ lives. Kass has never met his youngest brother and is not allowed to know where his bio father, stepmother and three younger brothers live. He has only seen his dad in passing or in public places. Custody cases hurt the children only and the truth shall set us all free. Put the kids first you guys. There shouldn’t be a “more important parent” kids love both parents equally no matter what either parent’s struggles may be. Kass has been truly heartbroken since being cut out of his other families lives with NO explanation. Let’s do better for our kids. Let’s share our stories. #Buddhakids

Keener and Mulroney were married for 17 years before divorcing in 2007. They share one son together, 21-year-old Clyde.

This is another drama-filled coupling. Former Spice Girl Brown and Murphy dated briefly in 2006 and conceived a daughter eventually named Angel Iris Murphy. At the time of Brown’s pregnancy, Murphy famously said, “I don’t know whose child that is until it comes out and has a blood test.”

The test proved the paternity, but Murphy didn’t really become a part of Angel’s life until Brown injured herself in 2018 and he stepped in to care for their daughter.

Tilly, Golden Globe winner and younger sister of Jennifer Tilly, had a relationship with Firth from 1989 until 1994. The two share son Will Firth, born in 1990. Will is also an actor, appearing in small roles since 2002.

Barkin and Byrne were married for 11 years, beginning in 1988, and had two children during that time. Daughter Romy is an actress while son Jack appears to be out of the public eye.

Moynahan and Brady dated for three years before splitting. A few months into Brady’s new relationship with Gisele Bündchen, Moynahan let him know she was three months pregnant with his child. Obviously, Bündchen and Brady stayed together, and if you didn’t know about Moynahan you would think John was a part of the couple’s brood of children.

Seven years into their relationship, Crudup left a pregnant Parker to begin dating Claire Danes in 2003.

Evangelista had a son in October 2006 and declined to publicly name the father. Then, in 2011, Evangelista publicly named French billionaire Pinault as the father of son Augustin and sued for child support. At the time, Pinault was married to Salma Hayek and the pair had daughter Valentina together. Pinault told the media that they had been taking care of Augustin and that Valentina knew him as her older brother, contrary to reports that he’d failed to pay a penny or accept his son.

The battle between Evangelista and Pinault was resolved in court in 2012.

McDowell and Steenburgen wed in 1990 and were married for ten years, during which they had two children. Charlie McDowell is a director and writer currently dating Lily Collins. Sister Lilly McDowell is an actress, appearing in a few movies and in Sons of Anarchy as Katey Petrie.


← Jim Gaffigan to Seth Meyers: 'If You Have Kids, Give Them Away. Now' | Ariana Grande Re-Enacts 'The Waterboy,' Impresses Adam Sandler →