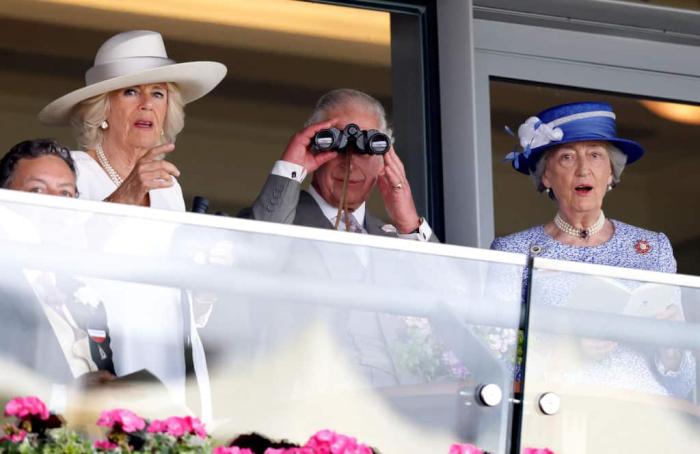 Today in ‘reasons to abolish the monarchy’ news, a major aide to the royal family at Buckingham Palace was forced to resign after it was revealed that she repeatedly asked a Black woman where she was ‘really from.’

Ngozi Fulani, founder of charity Sistah Space, was questioned by Lady Susan Hussey at a charity event in the palace for campaigners and activists focused on fighting violence against women. Fulani shared the experience on Twitter, where she referred to the culprit only as Lady SH. An eyewitness to the conversation, Mandu Reid, confirmed the conversation to BBC News. Hussey repeatedly asked Fulani where she was from, not accepting Hackney or the UK as an answer despite her having been born here. She asked, ‘what part of Africa are you from’ and ‘where do your people come from?’

Mixed feelings about yesterday's visit to Buckingham Palace. 10 mins after arriving, a member of staff, Lady SH, approached me, moved my hair to see my name badge. The conversation below took place. The rest of the event is a blur.
Thanks @ManduReid & @SuzanneEJacob for support🙏🏾 pic.twitter.com/OUbQKlabyq

While Fulani did not name the aide in question, Hussey’s identity was quickly figured out. Buckingham Palace released a statement this afternoon, saying:

‘We take this incident extremely seriously and have investigated immediately to establish the full details.

In this instance, unacceptable and deeply regrettable comments have been made. We have reached out to Ngozi Fulani on this matter, and are inviting her to discuss all elements of her experience in person if she wishes.

In the meantime, the individual concerned would like to express her profound apologies for the hurt caused and has stepped aside from her honorary role with immediate effect. All members of the household are being reminded of the diversity and inclusivity policies which they are required to uphold at all times.’

Susan Hussey, Baroness Hussey of North Bradley previously served as a lady-in-waiting to Queen Elizabeth II. She is a godmother of Prince William and was chosen to accompany the Queen at the funeral of Prince Philip. Oh, and she also reportedly offered Prince Harry and Meghan Markle ‘advice’ prior to their wedding. And, according to a new book, claimed their marriage would ‘end in tears.’ She seems like a nice person, eh?

Remember when Harry and Meghan were pretty consistent in describing the racism and cruelty that Meghan faced within the palace walls, mostly from aides and the so-called old grey men? Not that we needed further proof that they were right — we have centuries of history on our side on that front — but hearing it all said so starkly and casually says a lot.

Imagine thinking that this cesspool of imperialism and snobbery could ‘modernize.’ Imagine the wilful blindness one must possess to keep around this gaggle of people who giddily ask Black women where they’re ‘really from.’ One doubts this was an isolated moment of racist mouth-vomit from Lady Hussey. What else has she said behind closed doors at the palace that has kept her around for decades? If these are the people whom the new King wants to be his goons, then I’m not sure any palace apology will fix the issue.