It’s a slow news day at the office (midweek is brutal in the summers), but we were fortunate this morning to be graced with this outfit, worn by Brad Pitt for the Bullet Train red carpet in Berlin. 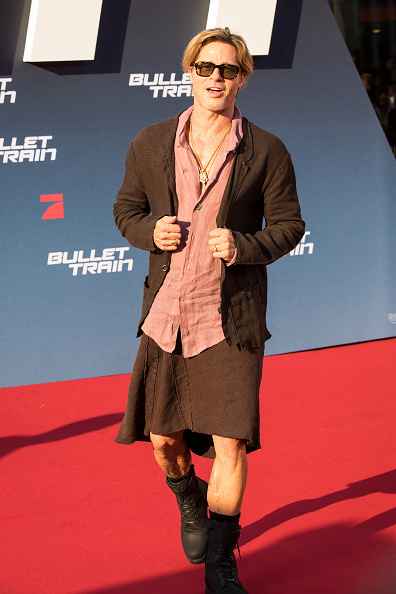 Thoughts?
Personally, I thought it was an outfit 48-year-old Brad Pitt could pull off, but that 58-year-old Brad Pitt looks like he’s trying a little too hard, mostly because the haircut and the goofy grin recall Pitt in his 20s. Then again, he’s the only 58-year-old who could come close to pulling that off (Chris Pine is still only 41).

The staff had plenty of thoughts. Kaleena offered that he looked very comfortable, while Jen — in calling him Rumpledstiltskin — suggested he could use an iron. James thought he looked like the old lady who used to run his town library and probably smells like patchouli and rubber cement. Professor Wilson is responsible for the Chris Pine comparison, which tracks with his fashion eccentricities. 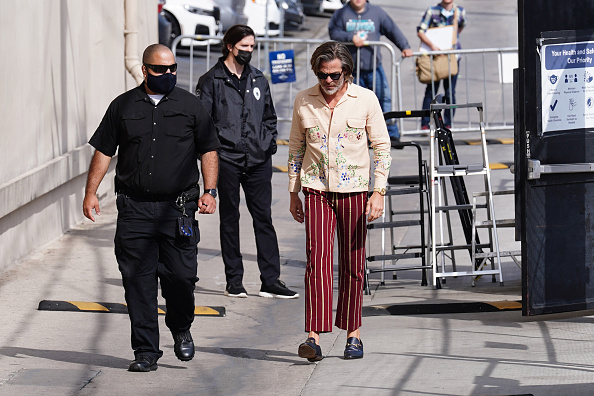 Ultimately, Tori decides she had to have the outfit for herself, and we all agreed she’d look great in it, while Jen and Hannah recall having the same skirt in the noughties, although Jen’s was in green and they both wore oversized decorative belts with it (TK, meanwhile, had the same boots in the mid-’90s, only they were of the inexpensive Army Surplus variety).

Finally, Hannah suggested some modifications given the summer weather, suggesting the outfit was too “autumnal. Maybe he should have gone for a sarong. Or a jazzy muumuu. And free the toes, man! Put that pink shirt with some light linen trousers and some flip flops.” I’m gonna get Hannah to dress me from now on.

Roxana, meanwhile, pointed out that the experts over at Tom & Lorenzo have covered this, as well, and as always, do it best. “Brad was never going to wear a skirt unless he could dude it up as much as possible. He’s a wrinkled mess in a low effort look, which is pretty much exactly how he’s dressed throughout this tour.”