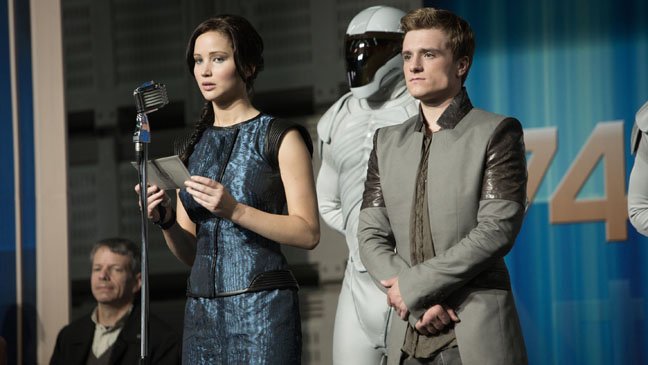 If you thought you’d seen the last of President Snow from The Hunger Games, think again. It seems the stories from the world of Panem aren’t quite over yet. A Hunger Games prequel novel was announced last June and the protagonist of the new book by Suzanne Collins, titled The Ballad of Songbirds and Snakes, has been revealed as none other than President Snow himself. No, this is not a joke.

For clarification, the prequel novel isn’t really about Snow’s tenure as president. Rather, The Ballad of Songbirds and Snakes will follow Coriolanus Snow 64 years before The Hunger Games is set, meaning Katniss Everdeen, Peeta Mellark, and other familiar faces will not appear in the prequel novel.

EW unveiled an exclusive illustration of young Coriolanus Snow, as well as an excerpt, which you can see and read here. Here’s what Suzanne Collins previously said about why she chose this time period in Panem’s history to explore:

With this book, I wanted to explore the state of nature, who we are, and what we perceive is required for our survival. The reconstruction period 10 years after the war, commonly referred to as the Dark Days — as the country of Panem struggles back to its feet — provides fertile ground for characters to grapple with these questions and thereby define their views of humanity.

Fans of the book series and successful movie franchise might remember Snow as the evil, inhumane leader of Panem. What a regressive move it is, then, to focus on Coriolanus Snow, even in his youth. As president, Snow pushed atrocities on the people of Panem and upheld the violent, corrupt, and privileged system favoring the rich in the Capitol, while leaving the rest of the country’s districts to rot and fight for their lives. What a frustrating decision to then dedicate an entire book to his point of view knowing how ruthless he was and the pain he caused. Yikes.

The Ballad of Songbirds and Snakes will be released on May 19, 2020.

← Review: Rob Lowe's '9-1-1: Lone Star' Is A Beautiful, Terrible Disaster | The Trailer for AMC's 'Dispatches From Elsewhere' is a Big Mystery →