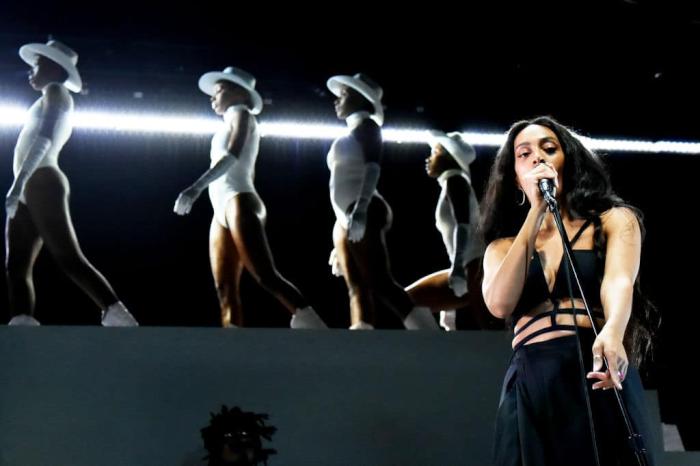 My apologies for a lack of book recs post last month. Things got busy as I was organizing my trip to TIFF. But the joy of reading never stops! I hit my Goodreads goal for 2022 this weekend and finished my 100th book. Congratulations to me. Where is my prize?

Why Solange Matters by Stephanie Phillips

Why Solange Matters by Stephanie Phillips review - celebration of a free spirit https://t.co/uw98hi5UXG

Solange Knowles has long been one of my favorite musicians, particularly her most recent album When I Get Home. She’s been the subject of many striking profiles (and her fair share of tabloid drama) and her work celebrated by critics. She’s also spent years being pitted against her sister, who you may have heard of, often at the expense of her own vast and unexpected critical achievements. White critics in particular frequently seem unable to take Solange on her own terms. So, blessed be to Stephanie Phillips, writer and musician with the brilliant Black feminist punk band Big Joanie, for giving us the first proper deep-dive piece of non-fiction into her career. Why Solange Matters centers Knowles’ work as a Black American woman in the beating heart of a music industry that has never entirely known what to do with her. Phillips contextualizes her own experiences as a Black British woman in music to give greater understanding of the importance of Knowles’ work and voice throughout the years. The lion’s share of detail comes in Phillips’ breakdown of A Seat at the Table, Solange’s undisputed masterpiece (and already listed as one of the 500 greatest albums of all time by Rolling Stone.) It really gave me a newfound appreciation for an album that’s pretty much in constant rotation in my house, which is one of the greatest joys of cultural criticism. I hope Phillips gets a chance to keep writing about Solange, especially as she ventures further into art, composing, and fashion. She’s an artist thoroughly deserving of such attention.

The Glass Pearls by Emeric Pressburger

The ebook and audio editions of The Glass Pearls are available from today, with the audio read by the inimitable @Markgatiss. pic.twitter.com/73gejEECcQ

Karl Braun seems like an unassuming man, a German gentleman working as a piano tuner in 1960s London. The Brits view him as a quiet old man of impeccible politeness, and he courts a young woman with trips to concerts and unfettered chivalry. His fellow émigrés assume him to be, like them, a refugee from Nazism. He’s definitely not.

Emeric Pressburger is best known to the world as one half of Powell and Pressburger, the filmmaking duo that brought us masterpieces like The Red Shoes and Black Narcissus. While Michael Powell went solo to make radical and controversial movies like Peeping Tom, Pressburger turned novelist. Faber’s re-release of his spiky and often unnerving thriller The Glass Pearls signals him as a deeply underrated author. The ’60s had a lot of ‘secret Nazi’ narratives in pop culture, thanks to the reverberating traumas of the Second World War and ongoing hunt for escaped war criminals.

What is so striking about The Glass Pearls is how mundane its portrayal of an unrepentant Nazi is. You spend all of this novel inside the head of Braun, who seems so dull and uninterested in much beyond work, sleep, and music. It’s so easy to be lulled in by his almost comforting nature, and then all of a sudden he’ll say something astonishingly racist and you remember once more that he’s a f**king Nazi. It’s a striking portrayal of what Hannah Arendt famously described as the banality of evil. The Glass Pearls slowly ratchets up the tension and Braun’s growing paranoia until it consumes him far more than guilt ever could. It’s a shame Pressburger didn’t write more novels because it’s clear he had skill in this format.

The Twilight World by Werner Herzog

New in and looking rather beautiful, The Twilight World by director Werner Herzog. Influenced by the real life story of Hiroo Onoda, a Japanese lieutenant who valiantly defended an island long after WWII was over. A dreamy and beguiling read ⁦⁦@vintagebooks⁩ pic.twitter.com/gOB2h1rLD4

What is there to say about Werner Herzog? One of the most famous filmmakers to ever emerge from Germany, his works are iconoclastic, surreal, and often defy easy categorization. It remains fascinating how Herzog, whose work rejects the coziness of mainstream affection, has become a self-aware meme in his later years. He’s clearly enjoying playing the role of Weird German Auteur Werner Herzog, and who can blame him for milking it for a few bucks and chance to hang out with Baby Yoda? It’s a surprise it’s taken this long for him to write a novel.

In 1997, Werner Herzog was in Tokyo to direct an opera. His hosts asked him, ‘Who would you like to meet?’ He replied: Hiroo Onoda, the soldier who had defended an island in the Philippines for decades after World War II came to an end. He’s certainly the kind of man who, had he not existed, would have been made up by Herzog. But what does Herzog have to offer to this well-worn story in his interpretation? Well, it’s certainly very Herzog-esque. Even in its translated form, this is inimitably his voice, ponderous and poetic yet with splashes of dark humor. There are morbid laughs to be had regarding Onada’s confusion over which war(s) is happening thanks to the ever-present American planes flying overhead. Onana is a quixotic figure, single-mindedly committed to duty beyond all else, even as his soldier skills and general problem-solving abilities fail him. There’s appeal to his determination through Herzog’s eyes, which certainly requires a less-than-thorough knowledge of history and Onoda’s own politics. Yet the book is so slim, under 200 pages, and struggles to penetrate the surface of this well-worn mythology. For a man so driven to the aching poeticism of life and its ironies, this is a book weirdly light on a subject that feels chock full of such potential. Maybe it would have worked better as a film.