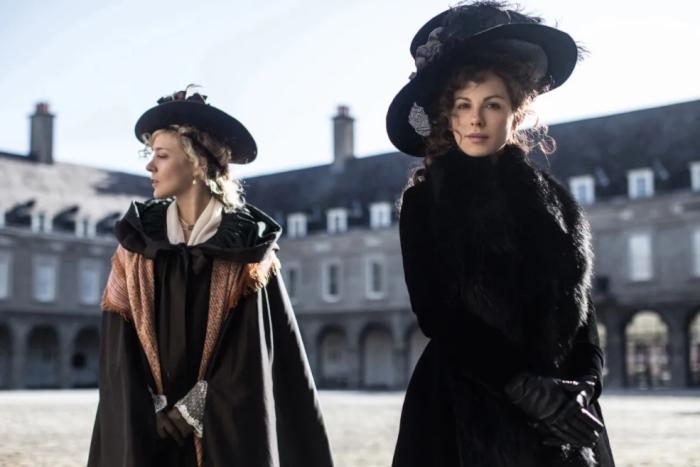 Another month, another book post. You know how this goes. Here are some books I really recommend from my March travails, and make sure tot share your own favorites in the comments below.

This year, I set myself a goal of reading more classic fiction, including some of the gaps in my knowledge of beloved authors whose work I love. That meant dipping back into the eternal well of Jane Austen. I have lovely copies of Persuasion and Mansfield Park, the two novels of hers I never got around to, next to my bed, but before that, I went with a shorter effort.

Lady Susan is a novella that Austen wrote years before her more iconic novels. Whit Stillman turned it into the film Love and Friendship, and while I love that adaptation, it did not prepare me for her sharply caustic Austen’s story really is. Austen has never been the staid or stuffy writer she’s often characterized as, but it was still a wake-up call to read something this, to use the correct literary term, bitchy. How can you dismiss the woman who gave us a quote as iconic as ‘Of what a mistake were you guilty in marrying a Man of his age! - just old enough to be formal, ungovernable and to have the Gout - too old to be agreeable, and too young to die.’

Lady Susan is an unabashed schemer, a woman who has no qualms about doing everything in her power to get what she wants, damn the expense or emotional cost of those around her. Scruples are for the satisfied and Lady Susan won’t stop until she has what she wants: a good husband for her daughter and an even better one for herself. As harsh as she is, it’s hard not to be taken in by Lady Susan, who is clearly the smartest person in the room at any given time, as well as the wittiest. It’s a caustic story that still retains evident sympathy for its villain. That she isn’t punished in the way that one would expect from a narrative of this era only strengthens its stylistic modernity.

Eileen Dunlop is an outcast. A narcissist consumed by self-loathing, she lives a listless life working in a juvenile prison and semi-caring for her callous alcoholic father in their squalid house. Narrating her story as an elderly woman, we know that Eileen’s life is about to change dramatically. Will the arrival of a glamorous new co-worker instigate it?

This is my first experience with the work of Ottessa Moshfegh, a writer who commands immense critical loyalty as well as a serious following on BookTok. Her name comes up a lot when people discuss ‘sad girl literature’, a millennial-defined subgenre that often includes Sylvia Plath, Donna Tartt, and the YA title of the moment. I get the association here but what most fascinated me about Eileen was how corrosive it was, and in such densely layered ways. Eileen herself can be sympathetic one moment then utterly repellent in the next sentence. This is a woman who has suffered from emotional parental abuse all her life yet makes comments lamenting how nobody’s tried to rape her. Not much happens plot-wise for the first two thirds of the book. Instead, you’re wholly consumed by her obsessively detailed and unreliable recollections of her daily minutiae. She’s also unashamedly grotesque in ways that are tough to read yet hard to look away from. It wasn’t hard to see why Moshfegh’s style inspired such devotion - and its fair share of disgust. I firmly fell on the former side, especially as the much-promised secrets were gently revealed. There was one moment where I literally sat up straight in my seat while reading a twist of sorts. Imagine Patricia Highsmith with none of the glamor and all of the grime. I get it, BookTok!

Who Was Changed and Who Was Dead by Barbara Comyns

A flood hits a small English town, leading the troubled and semi-cloistered Willoweed family to wake up to chaos. There are dead peacocks bobbing in their garden and neighbors sailing past on paddleboats. Yet once the water disappears, the troubles only increase. Suddenly, a slew of deaths hits the town. People die mysteriously, often by their own hand while in the throes of an unexpected madness. Barbara Comyns is an underrated English author whose work flitted between social commentary, satire, and drama. This novel, originally published in 1954 and reissued by Daunt Books last year, feels eerily well-suited to the world of folk horror. Imagine The Wicker Man for the ‘Keep Calm and Carry On’ post-war generation.

The Willoweed family live under the tyrannical rule of their grandmother, an archaic woman from a bygone era who lives as though she is the queen of her village. Sisters Emma and Hattie look out for themselves while their distant father seethes in resentment over his own failures. Social etiquette is the ultimate prison for all involved. The stiff upper lip that is supposed to accompany this rigidity is pathetically fragile, and the moment trouble rears its ugly head, things fall apart very quickly. Comyns’ naturalistic style is full of dry wit and merciless clarity, especially when it comes to dissecting the inner toxicity of these deeply messy humans. It’s always exciting to read a book where you have no idea what’s going to happen, and that was certainly the case here. I’m eager to check out more of Comyns’ work.

The Prime of Miss Jean Brodie by Muriel Spark

Rereading The Prime of Miss Jean Brodie for the first time since undergrad years. Muriel Spark really was the best, right? pic.twitter.com/jiTAIumkFA

When I was an undergraduate, I studied English literature and our department often shared a lot of classes with the Scottish literature students. One of the first books we all read as eager and wide-eyed first years was The Prime of Miss Jean Brodie, an appropriate novel for Edinburgh kids wanting to get their tuition’s worth in one of Scotland’s most expensive cities. I remember liking it at the time, but it wasn’t until I got a weird hankering this year to re-read some of Sparks’s work that I realized how brilliant she truly is. And mean. She’s so mean!

If you only know The Prime of Miss Jean Brodie from its reputation (or clips of Maggie Smith’s performance as the eponymous teacher in the 1960s adaptation) then it’s easy to dismiss it as a quaint little tale, twee even. The reality is that the novel is startlingly sharp, full of menace, and dark in ways that must have bypassed 18-year-old me trying to show off to my lecturers. This slim novel is prickly in ways that demand a re-read. It’s a story of manipulation and gaslighting, with literal fascist Jean Brodie spinning her control of her young students, which includes making plans for one of their sex lives to a man old enough to be her father. Spark’s acerbic prose captures the flurry of contradictions that Brodie represents: a woman who is self-assured to the point of delusion; a messy mish-mash of social liberalism, political conservatism, and full-on Mussolini fangirling. We know that this power she wields so authoritatively will fail her, that one of her supposedly loyal girls will betray her. We even find out rather quickly which one will pull the proverbial trigger. Spark is less interested in the mystery this set-up poses than the psychological entanglements it inspires. With so few words, she sketches full portraits of these young women who sit front and center for the cult of Jean Brodie. To read their adolescent evolution is to experience a curiously hypnotic form of radicalization.

I’m now on a complete marathon read of Spark’s work, including ones I’ve never read before. It’s striking how consistent she was throughout her prolific career and how flinty her characters could be. I can’t wait to discover what else she has in store. There are few things more delightful than discovering a new favorite writer.

← Watch the Trailer for 'Nameless Days,' a Horror Movie Apparently Written by a MAGA Hat | 'Cheaper by the Dozen' on Disney+ Bites Off More than It Can Chew →