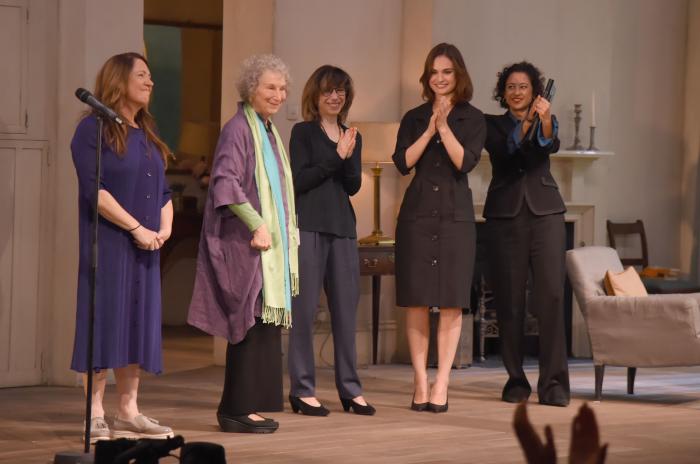 Review: Margaret Atwood's New Novel 'The Testaments' Is A Thrilling Return To Gilead

When Atwood announced that she was writing a sequel to The Handmaid’s Tale, back in November last year, she said that it was inspired by “everything you’ve ever asked me about Gilead and its inner workings.” She added, “The other inspiration is the world we’re living in.” At the launch of the book last week, she talked about the parallels between the political climate of the 1980s and the present day, and how although Offred’s voice was not something she could recreate, there remained scope for Atwood to fill in some more of the time between Offred’s narrative and the Historical Notes. And so, The Testaments was born.

By its very nature, The Testaments is a very different book to The Handmaid’s Tale. Offred’s narrative was claustrophobic and mysterious; as a narrator, she was not able to offer up anything that was beyond her lived experience and knowledge, both of which were limited by her position. Set 15 years after Offred’s narrative, this novel is more of a descendant than a continuation, and by adopting three narrative perspectives, The Testaments is able to answer more of our questions about how Gilead works, how it happened and how it could be undone. Atwood picks up threads from the original Historical Notes and fleshes them out; we finally see how much worse ‘potential Fred candidate’ Commander Judd was than Commander Waterford, for example. (Spoiler alert: He’s terrifying.) One ‘witness testimony’ tells us what it is like growing up in Gilead. A second tells us what it is like growing up in Canada, with Gilead lurking on the doorstep, both terrifying neighbour and a curiosity examined at a distance, and studied in school. The third tells us what it is like to be a powerful woman in Gilead — to turn on your sisters and enforce the will of a brutal regime in order to keep yourself safe.

By far the most gripping of the three perspectives is that third one, belonging to Aunt Lydia, who Atwood paints as a kind of cross between Thomas Cromwell and J. Edgar Hoover. Offred saw Aunt Lydia as a wide-eyed zealot, speaking in aphorisms and selling out womankind to be on the less painful end of a cattle prod. Aunt Lydia’s narrative offers up her story in all its ethically compromising pragmatism; given the choice between a gun and a bullet, what could she do but survive and try to make the best of it? Is this not what a reasonable person would have done? Is this not what Offred did too? She invites, almost dares the reader to judge her, as she admits that she cannot be relied upon to give an objective account of her actions. Like the sculptor of her statue at Ardua Hall, as she writes her own narrative, she makes decisions about representation. What can be written off as flattery, enhancement, fabrication and poetic license? Which aspects are politically convenient to reveal or omit? As a narrator, the former judge treats the reader like a jury. Here’s what I have to say. Make your own mind up. Ruefully, she reminds us that innocent people and guilty people often sound very similar…

Aunt Lydia knows that knowledge is power and she gathers “dirt” on everyone. She knows where the bodies are buried. She knows where the surveillance cameras are — because she’s the one who put them there. She knows how to bend the rules, because she wrote them. She’s a survivor. She’s a woman who came from nothing and she won’t go back. She is literally the poster woman for Gilead, the Big Sister Is Watching You at the back of the classroom, the name spoken in hushed tones, and the idolised symbol to pray to.

There are delicious revelations in Aunt Lydia’s narrative that for me, change how I feel about the original, and offer up some exciting avenues for the future of the TV show. I won’t spoil these revelations for you except to say that we have always known that Aunt Lydia was not to be trifled with … In one exchange with a fellow Aunt, she discusses the fable of the Fox and the Cat. Which one is she? She is both. She hides up a tree, watching the fox trying and failing to out-maneuver the hunters. But she has more up her sleeve than just hiding. She’s saving her tricks for a more opportune moment.

The Testaments is much more active and plot-driven than The Handmaid’s Tale. It is less fluid in its structure. Its resolution is neater; it is less mysterious, and much more optimistic in tone, if you can believe that. It is a novel that gives the readers pretty much everything they might want, and so there were moments where it felt almost like fan fiction, albeit the most epic and beautifully written Booker Prize-nominated fan fiction. In that respect it’s comparable to Wide Sargasso Sea, taking an established character and shining a new light on them by showing them from other perspectives, including their own. If I had a quibble, it would be that I wanted more of Aunt Lydia’s narrative, and often found myself rushing through the other narratives to get to her next installment. I am hoping that the TV show takes the opportunity to weave in some of the details and plot lines from her narrative because that one series three episode on her backstory doesn’t do her justice. Ann Dowd is narrating these passages for the audiobook and it would be a waste not to give her some of this material in the show. Part of me suspects that The Testaments was inspired by Ann Dowd’s performance in the first place…

Historical Notes fans will be pleased to see the return of Professor Pieixoto at the end, for another keynote speech. He has been scolded for some of the off-colour jokes at the last symposium, but don’t fret, he’s got plenty more where they came from.

Atwood’s prophetic skill has not deserted her, nor has her penchant for creating fully-formed female characters unburdened by the pressure to be incessantly likable. The Testaments shows us that even in the darkest of times, we will find a way to rebel, to work together, to help each other — and to survive. Eventually. Mostly. Resistance with a big dollop of ice-cold vengeance might not be the prettiest form of resistance, but readers who wished Offred were more proactive in The Handmaid’s Tale will not be disappointed with The Testaments.

You can read an extract from the novel via The Guardian here. Please use spoiler tags in the comments if you want to talk about some of those revelations! 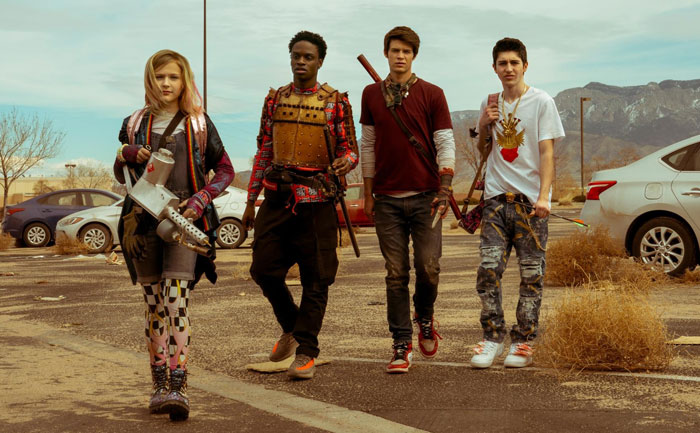 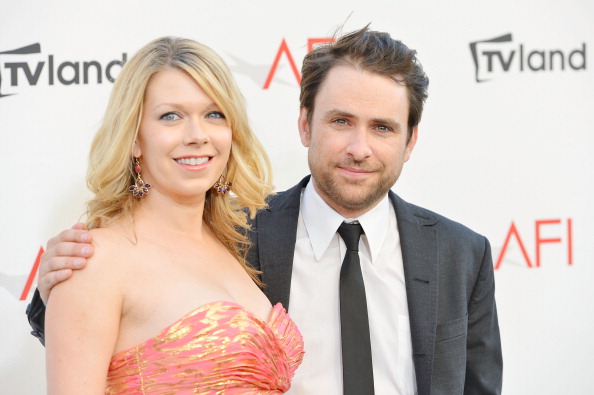