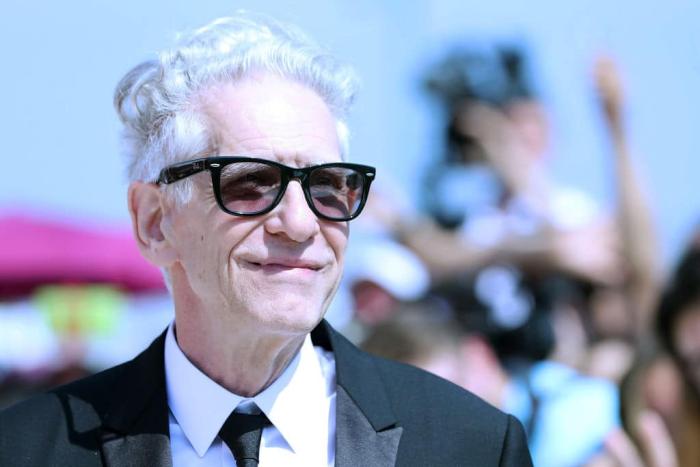 The Pajiba May 2022 Book Recommendations Superpost!

Laurie Sassalyn has returned to her Maine hometown following the death of her beloved great-aunt Dot. To Laurie, Dot was an idol, a proudly independent woman who didn’t feel the need to marry or have children and instead chose to go wherever her heart took her. While clearing out her house, Laurie discovers a curious item: a beautiful wooden duck hidden carefully at the bottom of a chest. There’s something about this duck that sparks Laurie’s imagination and she sets out to figure out its origin, a quest made all the more difficult when someone scams it away from her.

NPR favorite Linda Holmes made her literary debut in 2019 with Evvie Drake Starts Over, a comforting story about a woman finding a new life for herself after the death of her difficult husband. That book leaned more on romance than Flying Solo, although there is an appealingly romantic subplot here involving Laurie’s first love who now runs the town library. The meat of the story here, aside from a charming cozy mystery involving a fake duck and a small-time scammer, is Laurie’s self-discovery as a woman who sets her own terms for life and what it means to be truly happy. We have a protagonist who broke off an engagement not for any dramatic soapy reason but because she slowly realized that marriage wasn’t for her. Indeed, the traditional and still-expected narrative of a woman’s life - husband, kids, suburban peace - isn’t for her either, and Flying Solo really soars when it peels back the layers of Laurie’s realization. It did make me feel especially warm and fuzzy as a single woman who has never wanted to get married or have children, I must admit.

This complicates Laurie’s blossoming chemistry with Nick, the hometown boy who stayed behind to run the family business and chose that over his own marriage. This element brings some nice tension and posits an interesting dilemma I haven’t seen in any romantic novel before: is a desire for independence incompatible with cultivating a true long-term relationship?

Laurie’s choice isn’t always a simple one, but I appreciated Holmes’s refusal to bog her story down in the kind of bad-faith misery that singletons often face. To be alone is not to be lonely, and Laurie certainly isn’t, thanks to her best friend, her brothers, and the incredible memories Dot left behind. This shouldn’t feel as radical as it does and yet this novel felt like a much-needed shot in the arm for me. I dug this one, perhaps even more than Holmes’s debut. I certainly read it quickly enough (a one-sitting delight, it’s been a while since I’ve done that. Except for another book on my list this month!)

Flying Solo will be released on June 14 by Ballantine Books. I received an e-ARC from the publisher.

David Cronenberg Confirms Netflix Passed On Series Version Of His Novel ‘Consumed’ Which He’s Turning Into A Film https://t.co/PatUkrY64N pic.twitter.com/kBRmfr5qxe

Canada’s body horror king is back, baby! We’re getting our first David Cronenberg film in eight years this month with Crimes of the Future and I could not be more excited. He’s my guy. I have a ridiculously large M. Butterfly poster in my bedroom that’s the same height as me. I am all in on Cronenbergian grotesque. So, to prepare for his return to screwing around with people’s skin, I decided to read his debut novel, Consumed, which promised to be everything one could want from the man who gave us Videodrome and The Fly.

Naomi and Nathan are freelance photojournalists and occasional lovers who specialize in covering the most morbid of stories. Naomi is reporting on the death of Célestine Arosteguy, one half of a celebrity philosopher couple who may or may not have been murdered and eaten by her husband. Nathan finds himself hanging out with a rogue Hungarian surgeon who has implanted radioactive pellets into a cancer patient’s breast. After sleeping with the patient — because of course he does — Nathan contracts a rare STD and travels to America to meet the doctor who discovered it. He has a daughter with a peculiar hobby involving a 3D printing machine.

A lot of Consumed feels like ideas Cronenberg had for scripts that he didn’t think he’d get the budgets required to make a reality. That’s not a slam, just a sign of his remarkable thematic and stylistic consistencies. Everything in this book is, indeed, peak Cronenbergian, viewed through the droll perspective that made Crash so gripping. His obsession with the body grotesque is here in various thought-provoking and stomach-churning ways: erotic breast removal! 3D-printed genitalia! Radioactive f**king! Much like Crash, which makes a strong case for being Cronenberg’s best film, Consumed features long, clinically detailed descriptions of technology that become as fetishistic as any imagery involving a human body. Naomi and Nathan’s cameras are talked about like they’re idols. The blurb promises ‘sex of every kind’ but it never really gets that far, alas. You know what you’re getting into with a book like this and you can’t fault Cronenberg for delivering the glorious gooey bag of tricks he’s always revelled in. Now, give me Crimes of the Future already!

My Autobiography of Carson McCullers by Jenn Shapland

I must admit that I am rather enamoured with this book. pic.twitter.com/5k7a8Tr4P5

I picked this book up from the wonderful Lighthouse Bookshop in Edinburgh while there for a theatre and food weekend. Suffering from sore feet, I decided to stay in the Filmhouse Cinema all night, eating and reading and waiting for the new Nick Cave documentary (it’s great, go see it.) What I didn’t expect was to be fully enthralled by this non-fiction title.

While working as an archive intern, Jenn Shapland came across some letters that revealed a gay romance between celebrated author Carson McCullers and another woman, the Swiss writer Annemarie Schwarzenbach. For Shapland, who at the time was coming to terms with her own sexuality, these letters were revelatory, and yet when she tried to find out more about the relationship, every biographical or academic piece on McCullers either side-lined it or ignored its existence entirely. This frustration sends her on a journey to uncover McCullers’ life, the details dismissed by others, and what it means to be a queer figure erased by history.

As the title suggests, this is as much Shapland’s story as it is McCullers’, but it’s not navel-gazing in its approach. Shapland is candid about how her own experiences and her frequent hunger for representation lead her to perhaps expect too much of a dead woman whose work isn’t as widely read today as it was in her time. But it’s also about the more metatextual exploration of history and biography itself. McCullers left behind a wealth of personal materials that talk so passionately about women in her life who she befriended and possibly dated, and yet, as Shapland finds, so many writers failed to see what was so plain to her. Why is it so outlandish to imagine McCullers may have been queer? And why is the demand for proof of LGBTQ+ peoples’ existence throughout history so unscalable? Heterosexuality is still the default, even when one’s own life contradicts such labelling.

I was grateful for how much this book forced me out of my own comfort zone of viewing history, and for finally getting me to actually read a novel by Carson McCullers. But just as its own thing, My Autobiography of Carson McCullers is a special thing.

It's been a while since I read a real doorstopper fantasy. pic.twitter.com/JArcCTHwqX

If you’re familiar with Scottish literature then the name Alasdair Gray will be well-known to you. One of 20th century Scotland’s most revered authors, his magnum opus Lanark is widely listed as one of the greatest novels of the century. Outside of literature experts, however, Gray isn’t quite as familiar to non-Scottish readers. That may change later in the year, however, as one of his novels, Poor Things, is being adapted into a film by The Favourite director Yorgos Lanthimos. This is exciting for a number of reasons, one of them being that nobody has ever made a movie from Gray’s work. He’s often seen as being unadaptable. With Poor Things, published in 1992, the cinematic hook seems evident but not much else. How do you take on a novel whose central premise involves a scientist saving a drowned pregnant woman by transplanting her fetus’s brain into her own head?

Befitting Gray’s style, Poor Things is a deeply meta novel structured like a piece of non-fiction the author was gifted for publication. It includes historical details, images, and a crap-ton of stuff on Glasgow’s status as a cultural hub (with a few pot-shots at the city council.) It’s a take on Frankenstein and Pygmalion written by a guy who may or may not be telling the truth. Social inequality is rampant, as are nationalist sentiments for Scottish independence. Of course, this being an Alasdair Gray book, Poor Things is VERY Scottish, embedded in ideas of identity and the state of the nation that are totally inextricable from the more sci-fi central hook. All of this makes the book sound unbearable but it’s actually a surprisingly brisk and funny read. But I still have no dang idea how this is going to be a film. Hurry up, Yorgos, so I can nitpick!

← Jeremy Allen White's Forthcoming TV Series 'The Bear' Has a Great Vibe | The Depp v. Heard Jury Verdict Is In →