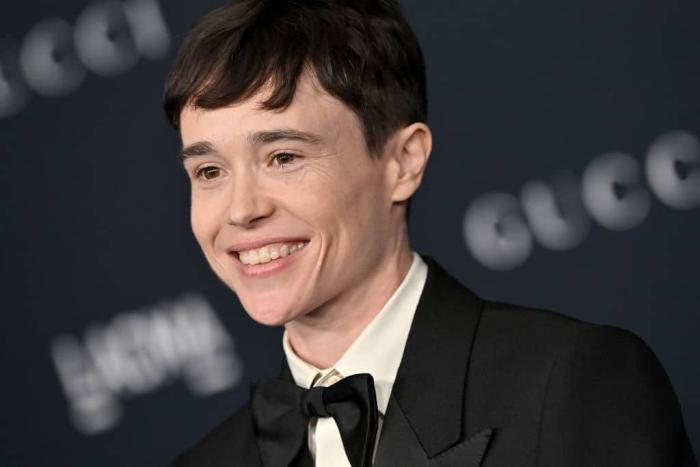 The Most Anticipated Books of 2023

A new year means a new reading target. As always, there are too many books to read and not enough time. I myself have decided to embrace the smothering madness of my TBR pile, which now surrounds my bed like a moat of paper. Hey, there are worse addictions to have. I’m aiming for 100 books this year, as I do every year, so here are a few 2023 releases I have my eye on.

Death of a Bookseller by Alice Slater

Hello friends, book lovers and fellow things that go bump in the night.

On this auspicious day of Halloween, it’s a pleasure to share the final cover of my horrible little book Death of a Bookseller with you 🐌💚🩸

Hasn’t everyone dreamed of working in a bookshop? I did it one Christmas over 12 years ago and I still think about it. Debut author and former bookseller Alice Slater has a much darker take on this familiar fantasy. Roach is a loner who prefers to listen to true crime podcasts and keep out of other people’s way, even at work. That changes when a new bookseller joins the team. Laura seems so perfect, the kind of Instagram-ready book girl that nobody can resist. But underneath the well-manicured surface is a dark and morbid woman who Roach becomes increasingly obsessed with.

maybe i wrote another book 😘 pic.twitter.com/PDcWGzp9eI

Best known for her fantasy works, including one of 2022’s biggest books, Babel, R.F. Kuang delves into literary fiction with a book about scamming and publishing’s penchant for whitewashing. June Hayward’s dreams of being a major author dissipated pretty quickly, but her Yale classmate Athena Liu became an instant success. After Athena’s shock death, June notices her friend’s just-finished manuscript and decides to claim it as her own. Now, her agent is rebranding her as Juniper Song, a debut author of ambiguous background who has written an experimental masterpiece about the unsung contributions of Chinese laborers to the British and French war efforts during World War I. How long can she get away with it, particularly once the book leaps into the spotlight?

Oscar Wars: A History of Hollywood in Gold, Sweat, and Tears by Michael Schulman

Presenting…the cover of my new book! OSCAR WARS comes out in February from @harperbooks and is available for preorder now (https://t.co/rsktjh1xN5). The book tells a history of Hollywood in eleven acts, featuring all the people below. Can you name 'em all? pic.twitter.com/wEMoZydMII

As a full-time pop culture hot takes merchant, I am, of course, far too invested in the Oscars. My head is littered with too many tidbits about past winners, snubs, speeches, and aggrandizing insistences of who actually deserved which award. So, of course I’m hyped for Oscar Wars, which promises to be a detailed and lively history of the Academy Awards. There’s so much to cover, whether it’s the award’s origins as a way to circumnavigate industry unions, the hell of the campaign, or the drama on-stage. There are entire cottage industries dedicated to winning people and studios those little gold men, and their power runs deep. I’m ready to read every single stupid detail about it.

SILVER NITRATE has popped up on Netgalley. In 1990s Mexico City, finding an elusive horror film could be a deadly mistake: https://t.co/QVzLooiGVx
[I'm not monitoring this channel, so if you need ARCs or info, pls nudge the publicity department at Del Rey, thanks] pic.twitter.com/djtzqLRkTg

Silvia Moreno-Garcia is one of my favorite current writers, a skillful sci-fi and fantasy author with a sharp eye for darker details whose works examine familiar tropes through a thoroughly Mexican perspective. She also happens to be an excellent crime writer, and her next novel, Silver Nitrate, seems like a perfect combination of thriller, horror, and speculative. Montserrat is a talented sound editor in an all-male industry that tends to keep her to the sidelines. Her best friend, former soap opera star Tristán, discovers his new neighbor is the cult horror director Abel Urueta, and the legendary auteur claims to have evidence of a magic film made by a Nazi occultist. Urueta wants them to help finish his last film and lift the curse he says has ruined his career. Neither belives all of the spooky tales, but soon, it seems as though something dark is following them and the fate of more than a mere movie is at stake.

The Oscar-nominated star who captivated the world with his performance in #Juno finally shares his truth.

We're thrilled to reveal the cover for Elliot Page's memoir #Pageboy, out next June!

Find out more, and pre-order your copy, here: https://t.co/otK981z9Ru pic.twitter.com/WgQL1yC4wl

Elliot Page is ground-breaking for many reasons. He’s an Oscar nominee, a major Netflix series star, an environmental and LGBTQ+ activist, and one of the few trans men in the entertainment industry with major name recognition. He’s surely got one hell of a story to tell. The blurb promises that Page ‘will now be known as an uncommon literary talent, as he shares never-before-heard details and intimate interrogations on gender, love, mental health, relationships, and Hollywood.’ I’m in.

The Guest by Emma Cline

We're so excited to reveal the cover of Emma Cline's new novel THE GUEST, coming in May! Read more about the book with @voguemagazine: https://t.co/cOXvLNDu7v pic.twitter.com/WJiNn9GjSL

Emma Cline exploded onto the literary scene with The Girls, her Manson girls-inspired debut that sold for a hell of a lot of money and made even more. Then she disappeared for a while thanks to a dodgy lawsuit from a scornful ex. Her second novel sees her enter contemporary territory, with a foot into crime fiction. After a series of inconveniences, Alex ends up stuck on Long Island with nobody to rely on but herself. Stuck in a world of gated communities, cloistered privilege, and endless suspicion, she aimlessly moves from one place to the next. In her wake lies total oblivion. I’m a total sucker for this Ottessa Moshfegh-esque genre of broken women who sink into nothingness so this has my name all over it.

Ana María and the Fox by Liana De La Rosa

🌺COVER REVEAL🌺
I'm thrilled to share the cover for ANA MARÍA AND THE FOX! I asked @BerkleyRomance for a rich, colorful clinch cover for my first #LatinxRom historical, and they gave me this STUNNING work of art from artist @camisgray ! #TheLunaSisters https://t.co/W4AJieK8GZ pic.twitter.com/pqw34q1nfe

There are so many romance novels I could list here since it’s my go-to genre as an avid reader, but I’ll stick to one for this list for the sake of brevity. Ana María Luna Valdés must live up to her family’s lofty reputation, even when she is secretly sent to London with her sisters to seek refuge during the French occupation of Mexico. The chance for freedom seems at hand but it might involve the austere Gideon Fox. A rags-to-riches success who now plans to put forth a measure to abolish the Atlantic slave trade, he can’t let anything get in his way. Ana María, however, could be a great help to his professional desires. And his personal ones…

Alecto the Ninth by Tamsyn Muir

this too. two chocolate cakes and a beautiful cougar dropping that book on purpose. Bye https://t.co/mWatKm7TTc

The Locked Tomb series almost instantly became one of the most exciting sci-fi series of the 2020s. Tamsyn Muir’s saga is wildly ambitious, tough to categorize, bleak yet trollish, and gay as hell. Imagine Gormenghast crossed with ’70s Doctor Who with a touch of Reddit and some Victorian ghost story flair, and you’re about a quarter of the way there. Alecto the Ninth was supposed to be the third novel in this tale of necromancers in space, but that spot was then taken up by Nona. Now, the end is (maybe) in sight. Can Muir pull off this lofty tale she’s spun and land the ending?

My Book “Love, Pamela” is Now Available for Pre-Order: ❤️ (Link in Bio)

My life - as a mother, as an activist, and as an actress. I am so proud of this book.

We’ve had a surprisingly robust run of celebrity memoirs in recent years, ones with solid literary clout that went beyond mere tabloid fodder or rushed-out cash-ins. Demi Moore’s autobiography was raw and revealing about her private and professional lives. Jessica Simpson dug beyond the bimbo image that plagued her for years to discuss her troubles with alcohol. Mariah Carey contextualized her work and image among intersections of race, gender, and the music industry. This year will see Pamela Anderson, the definitive sex symbol of the ’90s, join their ranks. She’s been in the headlines a lot over the past years thanks to the Hulu series Pam and Tommy, which she distanced herself from and called out the showrunners’ appropriation of her life without her consent. So, it makes sense to let her tell her own story, especially as we’ve seen a belated re-examination of the many famous women who the media wronged for purposes of profit and power. She certainly has a lot to talk about, from her time on Baywatch to her many marriages to that leaked sex tape.


← Netflix's 'Alice in Borderland' Season 2 Almost Sticks the Landing | Spoilers: Why the Audience Scores for Netflix's 'Treason' Are So Low →