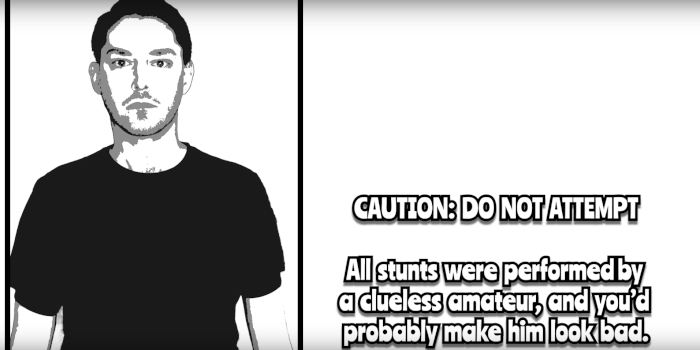 Who Needs a Band When You Have a Face?

Regular readers might know that I am a fan of, shall we say, less conventional forms of artistic expression. People juggling apples while taking a bite out of those apples mid-juggle. That kind of thing. I have a similar affection for out-there sports and athletic pursuits. Human curling, brick racing, and more. These kinds of fringe pursuits are often super compelling in their total ridiculousness. In addition, some of them serve as a half-decent commentary on the arbitrary delineation between fringe and mainstream, accepted and ridiculed—who’s to say American football is any less ridiculous than human curling; I won’t!—while others seem to exist purely as an exercise in human wackiness (and more power to them for it).

It’s at this point we turn to YouTuber RamsesThePigeon who has dared out into the wilderness to explore the frontier between ridiculous and inspired, in this face-based cover of beloved ’80s hit, A-ha’s ‘Take On Me’:

Fu*k Jeff Bezos and Elon Musk. That is real innovation.