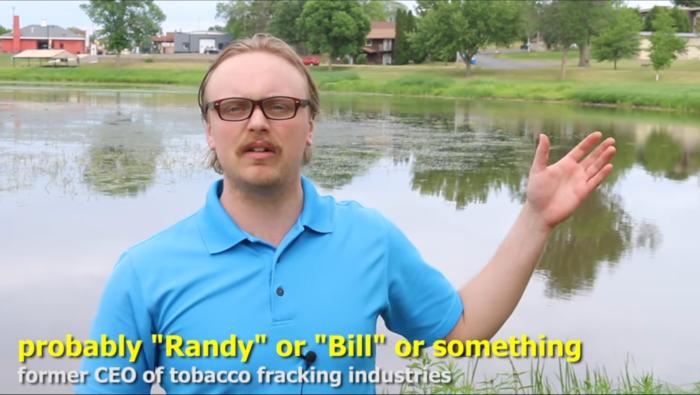 It’s an old story now: Exxon was aware of climate change by 1977—roughly 11 years before it even became a public issue. The energy giant is the fourth largest CO2 emitter in the world. Between 1965 and 2017 it has emitted roughly 41.90 billion tonnes of carbon dioxide into the atmosphere.

During the vast majority of this period it has been acutely aware of the deleterious effects its fossil fuel extraction was to have on the planet’s climate and the natural world’s ability to sustain itself. Exxon’s scientists had crunched the numbers, and they had modelled the future. The picture couldn’t have been clearer.

Yet the company not only went ahead at breakneck speed with the extraction and burning of fossil fuels, it spent untold millions on pumping out disinformation into the public sphere with the aim of creating an aura of uncertainty about humanity’s role in a warming planet, funding PR campaigns and industry-friendly politicians, all to delay the backlash against its parasitic practices and give it time to convert as much of the planet’s irreplaceable life energy into profit.

They knew what was to come—they had a very clear picture of what we are staring down the barrel of now: a scarred, scorched, unlivable planet—yet they went ahead anyway. The few dozens of CEOs, shareholders, and complicit political figures with their fingers in the Exxon pot simply had to get paid sums of money that no human being ever needs.

They had to get paid.

Our children will be born into a planet quaking with endless climate catastrophe, the very bedrock of our civilization most likely fatally cracked, a mass extinction of animal species already well underway.

But it doesn’t matter.

That is the reality of corporations and climate change.

These days you’ll find companies engaging in all manner of greenwashing PR campaigns.

‘We’ll commit this fraction of a percentage point to developing green energies, all the while investing a thousand times that in fracking and resource mapping the rapidly warming Arctic for newly accessible fossil fuels. Just like profit, one thing we don’t lack is contempt for the average human watching this. You’ll burn first! You dumb f**ks.’

So it’s always just absolutely hilarious whenever you see a company—especially an energy company or something similar—putting out an ‘eco-friendly’ commercial. Like an American movie school bully taking out an ad in the school paper extolling their love of the individual’s rights to lunch money, or the sheer immorality of the wedgie. So here is comedian Gus Johnson, with a honest translation of what these commercials are actually saying:

← Review: 'Spiral' Gives An LGBTQ+ Spin On Suburban Horror (Now On Shudder) | HBO's 'Coastal Elites' Is Not The Movie You Thought You Would Hate →