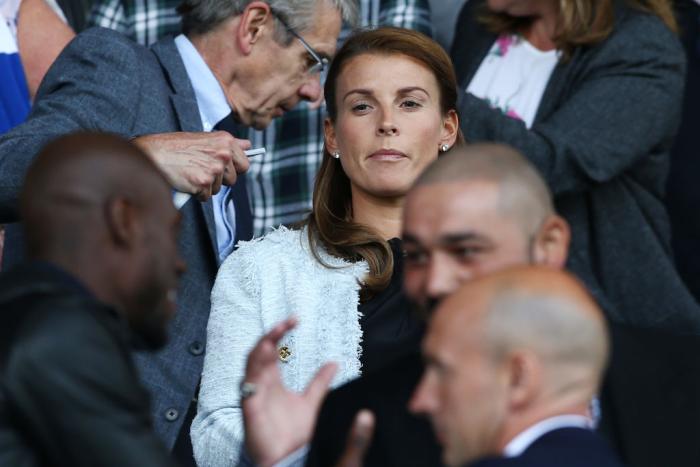 Here’s what you need to know.

Colleen Rooney is the online influencer—or as Wiki defines it, ‘product endorser’; which, well, why the hell haven’t we all adopted that term instead—who first found fame as the partner of English footballer Wayne Rooney.

Rebekah Vardy is a former nightclub promoter and now wife of Jamie Vardy—another English footballer, this one currently playing for the national team.

It’s a bit of a sexist framing, that ‘wives and girlfriends’ stuff, to say the least, but we’ve stuck with it in the headline for ease of translation across the pond.

And so, with that out the way, let’s get to the meat of the story.

In the midst of the never-ending chaotic churn of Brexit, in the heat of all the exhaustion and despair, British Twitter has been crying out for an oasis of relatively light relief—and it has found it in the shape of a story that Colleen Rooney posted this morning, in which she detailed a bit of amateur sleuthing that she did in order to find out who had been leaking her private Instagram information to that exploded racist nightclub toilet of a newspaper, The S*n. What I like about most of Twitter’s reaction is that it doesn’t seem to revel in the cruelty visited upon Rooney, but rather in her ingenuity and dramatic storytelling. And, I mean, this story isn’t exactly in my usual wheelhouse, but really, it is something to behold. So here we go.

Here’s the original story from Rooney:

And here’s British Twitter’s total immersion in it:

This is the juiciest tweet I’ve read in years. I’m sorry this happened to you but you need to be put in charge of Interpol

My jaw is on the floor.

Wayne Rooney’s wife went about finding the person who was sending her private Instagram posts to The Sun by posting fake stories.

She claims to have caught Jamie Vardy’s wife.

give coleen rooney a netflix series where she solves social media mysteries, do it now https://t.co/mwNkOCfTMD

I’m only dimly aware of football or Coleen Rooney, and I’d never heard the name Rebekah Vardy before ten minutes ago. Now I live for their drama. It’s been a while since we had a good Twitter live soap 🧼

Rebekah Vardy running to the press to give them the Coleen Rooney scoop before realising it’s about her pic.twitter.com/2aYyNuSlce

Rebekah Vardy had the right to be interviewed by a WAG at least one rank senior pic.twitter.com/XkKieOLBIq

I really admire Coleen Rooney’s tenacity. Because someone did pass the parcel with my business earlier this year and it ruined something I really wanted.

And till this day, I’m still trying to work out who it was.

And to think, we were all blaming Cummings. https://t.co/F4SueuXSM3

"She is on the case. I love this so much, this is awesome!"

Coleen Rooney gets the Rian Johnson seal of approval.

If @ColeenRoo doesn’t get the Pulitzer, we riot.

For her part, Vardy responded: