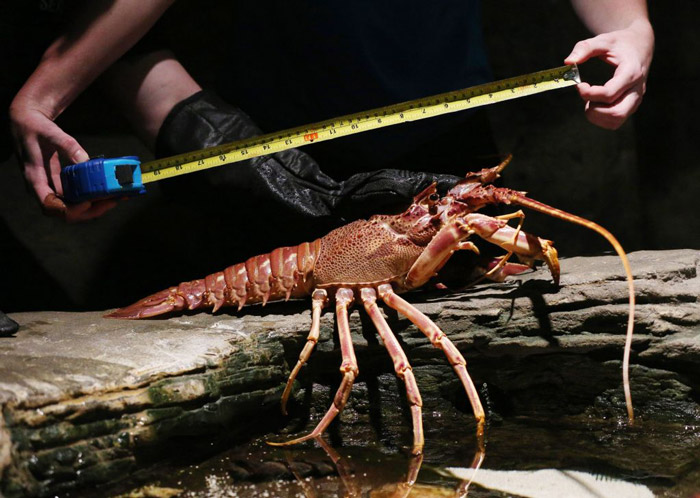 We Need To Talk About This AITA: Lobster Fisherman, Roommate, Meat Slicer Edition

Ready to revel in the bizarre catharsis of an epic AITA? This Reddit forum is dedicated to submissions where a poster lays out their tale of conflict, then asks directly, “Am I the *sshole?” Reading these posts is not only a fascinating peek into the private lives and perspectives of others, but also an opportunity to engage in the social media frenzy over every detail. Boy oh boy, is every detail of this one something, from the roommate description to the meat slicer bit.

Rather than just lay out the whole thing, let’s savor every morsel.

AITA for choosing lobster over my child?

Title sounds bad but hear me out.

Good title. It evokes an immediate reaction of “wtf,” without repulsing the reader. We are shocked but intrigued. We wish to know more. For instance, do you mean a lobster dinner? A lobster as a pet? Or are we talking metaphor, the lobster in the Phoebe Buffay “mates for life” way?

I work as a lobster fisherman. I’m away from home for months at a time, and then come back 4-6 weeks to spend time with my roommate and kids.

You might note “roommate and kids” is an unusual pairing for Christmas gatherings. Keep that under your hat. We’ll circle back.

With Christmas season approaching, I’m scheduled to get off on December 22nd. My captain just approached me and said that they are short on men for one more tour and he wants me to stay on for another week. It pays time and a half, which would be $700 a day, much more than my friends earn.

Now, you may wonder why the roommate thinks she has a say in this at all. Sure, it’s frowned upon to choose work over family for the holiday. But hey, maybe this father wants to bank some money for his kids’ futures or for better presents. Plus, with the pandemic upending a lot of traditions, why not consider pushing the celebration for a few days if it means a bit more financial security in these trying times?

This was me, really trying to give this guy the benefit of the doubt, considering his side. Then this is how he finished his original post:

Also, I recently bought a meat slicer for $200.

That’s it. Now, you are probably left with questions! Chiefly about this roommate. Why is she so invested in what this guy does with his kids over the Christmas holiday? And what does the meat slicer have to do with anything?

Edit: Answering a few of the common questions:

Roommate is the mother of my children and also my girlfriend, we are not in love.

Emphasis ours, because wtf, dude!

Meat slice is relevant because of the additional financial strain. I’m the primary user of the meat slicer when I’m home, but she has full use of it while I’m away.

Edit 2: I’m getting a lot of questions about the meat slicer. When you buy ribeye pre-sliced there’s a 50 cent premium per slice, relative to buying a full ribeye and slicing your own. So assuming you have 3-4 ribeyes a week it pays for itself in just over two years.

Understandably, you may have more questions. Twitter users sure did when a screenshot of this post blew up over the weekend:

Halfway through this I kept wondering why is his roommate so involved in his and the lives of his children?
Then I got to the update and …SIR! pic.twitter.com/PZhi1IjB0V

Does… does she know you are not in love?

I did the math. On the low end this person makes $130k per year. What is going on that a $200 meat slicer is putting financial strain on his household.

Just how many kids with his unloved girlfriend are there tho pic.twitter.com/cJv9s2qpM4

Of all the foolishness in this, I found eating 4 ribeyes a week the most concerning.

Some have pointed out this pulled post is likely fiction, to which others have basically responded: Who cares? Think of it like pro-wrestling, “reality” TV, or any narrative film or TV show, even The Crown. That it’s not real doesn’t make it any less thrilling.

either way this ones art

Quit saying it's not true; who cares? This is honestly, *literally* the only thing that has made me laugh since April https://t.co/HrdvkhwiEv

Thus, much fun was had.

it's like a doctor telling you that you have cancer, but it's only stage one and highly treatable, and then the doctor attacks you with a meat slicer

Roommate / mother of my children / girlfriend (we are not in love) ? pic.twitter.com/3suEJW4rUv

I couldn't get this image out of my head after reading this 😂 pic.twitter.com/Cns6Gys2eG

It's a tale as old as time pic.twitter.com/OmWX4p2NEO