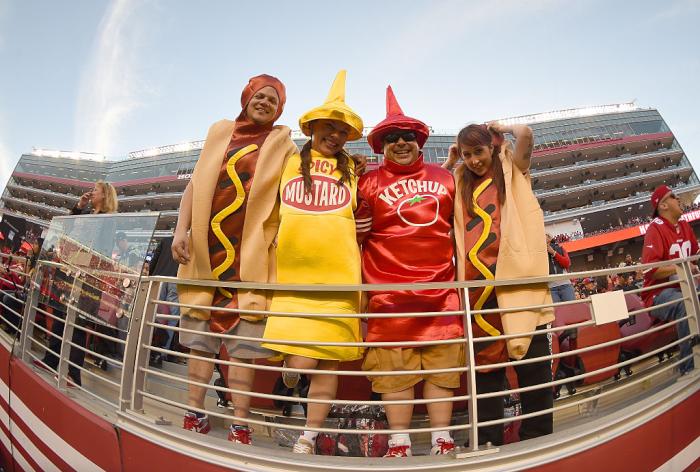 Twitter Users Share The Worst Food They Have Gotten At a Football Match and Oh God, I'm Sorry

In my five years years here I have, on occasion, posted some truly horrifying sh*t. That evil hatch. That Aussie bloke feeding a one-tonne crocodile. Dr. Phil’s house. There’s been a lot of really stomach-turning stuff.

All of that now pales in comparison to the new reigning champ.

I would like to say I share this for some benign, altruistic reason, but really, looking at it, I must just absolutely hate you all. Either that or it’s like the tape in The Ring. I saw it, so now I have to get rid of it.

Here, yes officer, this is the Twitter thread that hurt me:

What’s the worst food you have had at a football match? Here’s mine. pic.twitter.com/z9E9lHygKm

I was offered this in the Executive Box at Goodison Park pic.twitter.com/8bq4FLuFmM

Wouldn’t say it was the worst but the bun to sausage ration was weird. Bought at Düsseldorf v Wolfsburg. pic.twitter.com/PUv6cDPses

Has to be the Morecambe hotdog at 4 quid a pop pic.twitter.com/HwCKI6mx7m

Tuna baguette at the Estádio D. Afonso Henriques, Guimarães, for England v Netherlands. Forgot to eat all day and this was literally the only item of food I could find in the entire fucking city. Item pictured below set me back 7 (SEVEN) euros. pic.twitter.com/OxYe6MC4N2

Pizza in Bordeaux for the Wales Slovakia game pic.twitter.com/phkDJUvqQY

The baseball team in Cincinnati tried to convince me this was a "local specialty" pic.twitter.com/Dyu1fxxaX1

Not football but a veggie friend ordered a €20 pizza for lunch at Le Mans a few years ago. pic.twitter.com/15zBWLkx1Z

We had this at a #Texans tailgate. Halloween, of course. pic.twitter.com/W4Bu9qIrPY

I prefer the look of your sausage to this specimen I had at Swansea 😳 pic.twitter.com/S3ZOPIYnRu

My burger at Preston away 😂 pic.twitter.com/ETCvu2ut8I

My cottage pie at Preston away as there were no actual pies left 🤕 pic.twitter.com/vgfSTrSoWX

Not football but… veggie dog at Wrigley Field pic.twitter.com/4mV6OBozh4

Has to be the worst hot dog and cheese going @DavidCThomps0n pic.twitter.com/AtyFni2y6g

'cheesey chips' at AFC Rushden and Diamonds a few years ago. Chip, cheese slice and a microwave 🤣 pic.twitter.com/pXPCOPiDDh

They put coffe in my tea, gave me this bs and didn’t want to give me a refund… pic.twitter.com/UoIPbguqbt