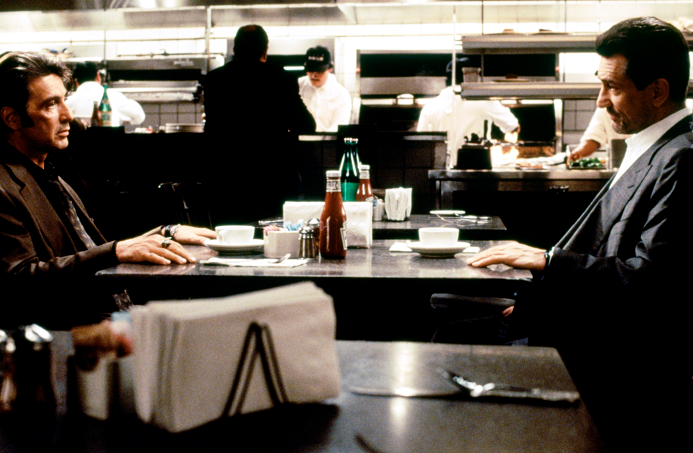 Twitter Users Ponder Which On-Screen Pairing Had the Best Chemistry

On-screen chemistry is just the most magical, vital thing. You can have the world’s most impressive script, the finest talent behind the camera, and the most captivating performers available working on your film—but if the latter don’t have that magical spark between them, you risk reducing the entire project to a soggy sponge. Chemistry. Such a powerful, ineffable thing. It’s a cliche to say you either have it or you don’t, but I think that’s near enough the truth to warrant its use. You can’t start a fire with the wrong ingredients. But when those sparks do fly, it’s majestic.

Sometimes it seems to me as if that potent, electric chemistry that cinema was build on is slowly being drained out of mainstream movies. I’m not here to moan about that, though. Not today. In fact I’m gonna use one counterexample! Netflix’s The Old Guard is a film that a lot of people liked, but one which I personally didn’t care much for. The action was technically well choreographed to some degree, but it felt weightless and toothless—a pale imitation of the John Wicks and Atomic Blonds that came before it. The less said about its woke imperialism angle the better. And the characters were flat and unengaging to me—except, that is, for one exception:

Marwan Kenzari’s Joe and Luca Marinelli’s Nicky eternal lovers had genuinely great chemistry. It crackled and felt real and it jumped right out of the rest of the 2D landscape of that film to me.

That tweet there was in response to a prompt that I want to explore more of here. It’s writer Brooke Obie asking the very important question:

Here are some of the best, most sizzling responses:

This was their first meeting and yet they had so much chemistry I’m sick pic.twitter.com/ZkMZKKh5My

All of these plus Ryan Gosling x Emma Stone or Rachel Mcadams and *whispers*, I’m sorry but Bonnie x Damon in TWD had great chemistry too pic.twitter.com/NuUHEurxWa

…does Tucci just have chemistry with whoever he’s on screen with? pic.twitter.com/a7JlsMQGe2

And also Viggo Mortensen and this door. pic.twitter.com/Lk9S6Ra9wk

Adding this movie to this great thread, not only because I've been talking about it all week, but because it FITS. Jane Seymour and Christopher Reeve in Somewhere in Time pic.twitter.com/TEJocKAeze

Shah Rukh Khan & Kajol…. everything they are in together is fabulous! pic.twitter.com/13SmBAMGkC

Kdramas are killing it at casting for chemistry oh and Sense8 pic.twitter.com/K814Xl26Qc

Lately it's been these two:https://t.co/H2io4LsZSu

All of my go-tos have been mentioned, but these two still manage to have chemistry in a movie where they’re basically supposed to be cartoons. The shots of them looking longing at one another from a distance? THE CUTEST CHEMISTRY. pic.twitter.com/kAftueFVuD

i wish these two had made more movies together pic.twitter.com/c825a4IpSD

These two from Pose! 😍😍 pic.twitter.com/pcKTsO4ZOw

Catherine Zeta Jones and Antonio Banderas in The Mask of Zorro pic.twitter.com/gC0lXAfIQ9

Joan Crawford and Clark Gable. helped they were sleeping off camera too!! pic.twitter.com/5Svi4GErcA

a lot of stuff set in the 90s like Thomas Crowne affair ! pic.twitter.com/JqgFEgMDwa

this is extremely all over the place but I said what I said pic.twitter.com/j9JgKbzR2I

Bogart and Bacall in To Have and Have Not. pic.twitter.com/8fYtaP5uCR

The romantic core of this film is also highly underrated. pic.twitter.com/8arPtvUg0L

Tarantino said Leo and Brad had the best onscreen chemistry since Redford and Newman. Interestingly enough both sets of men were born 11 years apart ❤️ pic.twitter.com/dQYQzQ1JT5

SO many, and I'm so bad at making choices, so these are four that spring quickly and strongly to mind… pic.twitter.com/FvwxYuGX37

← Nobody Believes Senator Ted Cruz's Lousy Excuse for Traveling to Cancun | The Pathetic Poison of Perez Hilton: Why His Apology to Britney Spears Will Never Be Enough →