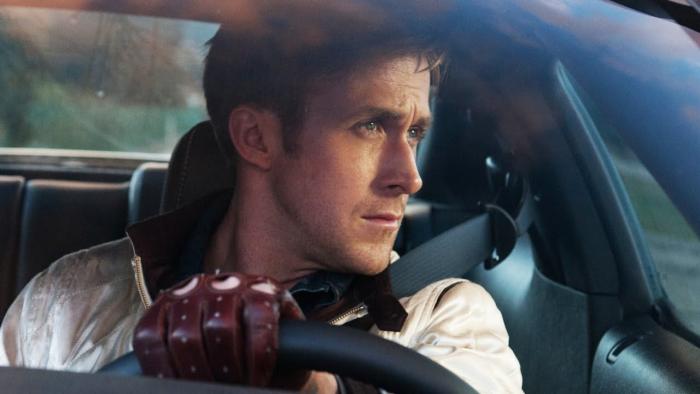 Twitter Users Ponder Which Films They Have Changed Their Minds On

I love art that isn’t easy. That doesn’t spoon feed the audience. Whether it’s dense, multilayered albums, or complex, challenging cinema, or tough, uncompromising literature. That’s not to say I revel in pretension. There’s a sizeable gulf between something that is made in a complicated way purely to satiate the artist’s ego, and meaningful, emotionally true art that just happens to be complex. You can usually tell the difference. Though it’s also true that sometimes there can be an overlap between the two. Art. What a trip!

I bring this up because I saw this tweet from filmmaker Isabel Sandoval (Lingua Franca), that asked people to ponder films that they have changed their minds on with time:

When I first saw it, I HATED it violently. Years later, I gave it another shot and found myself swooning over DRIVE that it’s now a favorite from the last decade.

Refn summons neon, slick pop and stylish excess to evoke the sublime. Have you ever “turned around” on a film? pic.twitter.com/zqJnUkkS4n

I like this prompt a lot because it’s so interesting to think about what works for people and when. I went to see Drive in the cinema when it was released and I absolutely adored it immediately. I’ve seen it several times since and my admiration for Nicolas Winding Refn’s meditatively violent nean dream has only grown. On the other hand, there’s the Coen Brothers’ masterpiece, No Country For Old Men. When I left the cinema after first seeing what would become one of my favourite films of all time, I wasn’t over the moon with it. I loved parts of it, and I could appreciate the obvious craft on show, but the whole didn’t completely sit with me until a few days later when something clicked and I was suddenly knocked back in awe at the greatness on show. Now that’s not exactly hate changing into love like Sandoval’s tweet is asking for, but it was the first thing that came to my mind, and I think it serves as a decent extension of the point in my opening paragraph: The best art is the stuff that makes you work a bit. That makes you meet it halfway. That doesn’t necessarily reveal itself to you fully until you’ve let it sit with you for a while, or maybe even until after a re-watch (or two). Some films this has happened to me with recently are Lemohang Jeremiah Mosese’s This Is Not a Burial, It’s a Resurrection, Éric Rohmer’s The Green Ray, and Aki Kaurismäki’s Lights in the Dusk. I think all are great now, but it took a little while before I got to that place.

Anywho, here are some of Twitter’s responses to Sandoval’s prompt, and again it’s so funny to see how different people experience things, because there are a number of films listed here that I just loved immediately:

I saw this in sixth form. I was a moron and hated it because I didn't understand cinema properly. I only liked Nolan and tarantino lmao. I was in uni when I rewatched this again and its one of my favourite coming of age films now. Andrea Arnolds american honey was even better. pic.twitter.com/C7tjikpHlz

it's embarrassing to admit this, but the first time i saw Millennium Mambo i did not bang with it at all. years later i put it on again on a whim and it moved me deeply

Hated this the first time around, then it ended up being one of my favorites pic.twitter.com/7D93WZrQSG

I found Hepburn in Bringing Up Baby frantic and overbearing the first time I saw it, but after a recent rewatch I love her and the movie. pic.twitter.com/BOnk0ohrCM

I had the exact same "turning around" reaction with LVT's Melancholia that I first hated when WPing in Cannes and while revisiting it a few months after in Paris, I saw an entire different film…and LOVED it (and I still do today).

Disliked it the first few times I watched it but my latest viewing of it really turned me around. A beautiful, meditative and poetic look at war n nature with some breathtaking visuals, great performances and really immersive battle scenes pic.twitter.com/tslpfOWUX5

I tried watching 8 1/2 when I was in high school, and I had to turn it off after like half an hour - didn’t have enough patience or context. A few weeks ago, though, I came back to it and was blown away!

Hirokazu Koreeda’s Maborosi (1995). First time I watched it I was overwhelmed by how grief was being depicted. It was too much for me. Returning to it again I realized it was beyond brilliant. One of his finest films.

Most of my own turn arounds have been mostly through a transition between teenage years and my 20s. Tree of Life, Melancholia, A Serious Man… each now among my favourite films. Many films I’ve had opposite reactions to. It’s honestly so much fun, watching yourself grow…

Zodiac. The first time through I was frustrated at the lack of a pay-off— I’d made the questionable decision to stay up too late after a long-ass flight to see it through to the end. Since rewatched several times and revere it.

But I'm A Cheerleader. I thought the humor was incredibly corny and camp visuals weren't something I was accustomed to first time around. It took a second viewing with friends for me to understand how lively and enjoyable those things really were. pic.twitter.com/BdgbPpC4Hv

I was really confused by There Will Be Blood the first time. It felt really dour and I kinda wished PT Anderson had made another fun LA movie instead. Saw it after becoming a dad and it was a tour de force - a heavy meditation on fatherhood and power.

I HATED Burn After Reading when I saw it in theaters. I thought every character was stupid and their ideas made no sense. Then when I watched more Coen films, I saw it again and thought ‘oooooo that’s the whole point’ it’s now one of my favorites.

Dirty Dancing. I saw it when I was 16 when it came out, I thought most of it was annoying palp outside of Jerry Orbach, and revisiting it as an adult I was absolutely wrong. It's a lot deeper than I remembered.

Haneke's Caché! The first time I was bored to tears but a tried again a year later and was able to appreciate it a lot more. That One Scene gives me goosebumps still.

Probably Pierrot Le Fou. I didn’t understand it at all in my French New Wave class and then spent the better part of a decade thinking about it. I finally rewatched it and couldn’t believe how much I loved it. It’s a top 5 for me now.

Starship Troopers. Thought it was utter nonsense the first time around then watched it again a few years later and totally got it. It’s a fine film.

Moneyball was my introduction to “wait, not all movies end happy” and it put me off the first time I saw it. It’s now one of my favorite endings ever. A perfect portrait of why I think sports matter. pic.twitter.com/iTHdYHAQct

Mulholland Drive. Was in my curriculum in college and I didn’t even finish it. Was so mad I went in next day and asked prof why in the hell people like “pretentious crap”.

Julia Ducournau's Raw!
Hated the first half an hour and then did a complete 180 once i got over my own discomfort and started to get what it was about. one of my fav movie watching expiriences. slowly building up the courage to watch it again

Wasn’t too fond of the Coens’ TRUE GRIT when it came out, but time has been very kind to it. Now it’s one of my favorite Westerns!

Only once. L'Anglaise et le Duc by Eric Rohmer.

Inherent Vice. I was a sophomore in high school and just didn’t understand US history or the human condition enough to get why it works. Watched it on back to back nights during early COVID and it’s amazing. Once Upon a Time in Hollywood is the perfect double feature pic.twitter.com/hbKI0dyFGH