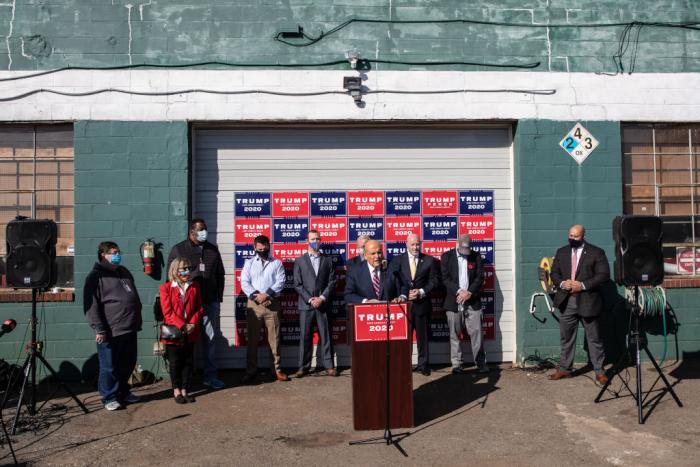 In ‘The Twittering Machine’, his harrowing account of the mass psychology behind the rise of social media in general and Twitter in particular, author Richard Seymour describes how we all fall prey to a system that we are simultaneously complicit in propping up:

The Twittering Machine may be a horror story, but it is one that involves all of us as users. We are part of the machine, and we find our satisfactions in it, however destructive they may be. And this horror story is only possible in a society that is busily producing horrors. We are only up for addiction to mood-altering devices because our emotions seem to need managing, if not bludgeoning by relentless stimulus. We are only happy to drop into the dead-zone trance because of whatever is disappointing in the world of the living. Twitter toxicity is only endurable because it seems less worse than the alternatives. “No addiction,” as Francis Spufford has written, “is ever explained by examining the drug. The drug didn’t cause the need. A tour of a brewery won’t explain why somebody became an alcoholic.”

Author Shoshana Zuboff also touches on this topic, producing an account of the totalitarian tendencies of social media in her book, ‘The Age of Surveillance Capitalism: The Fight for a Human Future at the New Frontier of Power’, writing how:

Our dependency is at the heart of the commercial surveillance project, in which our felt needs for effective life vie against the inclination to resist its bold incursions. This conflict produces a psychic numbing that inures us to the realities of being tracked, parsed, mined, and modified. It disposes us to rationalize the situation in resigned cynicism, created excuses that operate like defense mechanisms (“I have nothing to hide”), or find other ways to stick our heads in the sand, choosing ignorance out of frustration and helplessness. In this way, surveillance capitalism imposes a fundamentally illegitimate choice that twenty-first century individuals should not have to make, and its normalization leaves us singing in our chains.

And to throw ONE MORE wordy quote on top of the pile (it’s Christmas, I must be feeling generous), here’s academic Nick Srnicek in his ‘Platform Capitalism’ on why we can’t really expect anything else from the business interests that run social media:

These are not asset-less companies - far from it; they spend billions of dollars to purchase fixed capital and take other companies over. Importantly, ‘once we understand this [tendency], it becomes clear that demanding privacy from surveillance capitalists or lobbying for an end to commercial surveillance on the Internet is like asking Henry Ford to make each Model T by hand’. Calls for privacy miss how the suppression of privacy is at the heart of this business model. This tendency involves constantly pressing against the limits of what is socially and legally acceptable in terms of data collection. For the most part, the strategy has been to collect data, then apologise and roll back programs if there is an uproar, rather than consulting with users beforehand. This is why we will continue to see frequent uproars over the collection of data by these companies.

All true. Social media is indeed a hellscape of epic proportions. It’s also so much dammed fun! Doom-scrolled fun onboard the Titanic. A way of collectively coping with the trauma that comes with living through a late stage capitalist climate dystopia. So in that spirit, here’s a thread of Twitter users pondering some of their favourite moments on the social media site over the last 78 months that have made up 2020:

what was everyone’s favorite 2020 twitter moment? mine was the large boulder the size of a small boulder

i knew nobody would believe that this happened in 2020 so here’s your proof https://t.co/CWTKEg2Vt4

Don't know about favorite, but this was pretty great https://t.co/yKFTxkI6cL

the photographer that waited every night underwater for four years to get this picture pic.twitter.com/ohxmOvufbL

The brother in law, the gift that kept on giving, live commentary (RICE TRUCK) https://t.co/8Oa66UnMpS

i don't normally reply to tweets like these but i think about this a lot https://t.co/1GGvohGPyO

WHEN EVERYTHING WAS A CAKE

i think about large boulder size of small boulder and bathroom rock far too often https://t.co/hfO1yw1rIe

Personally enjoyed when this guy made the rounds 🐻 pic.twitter.com/SqiNUjuzKD

The cop that shoved some cotton coil in his Starbucks then claimed he "found" a tampon in his drink.

As if women don't know what used tampons look like and couldn't tell in 3 seconds he was lying. AFAIK this is still "under investigation". 🙄🙃

This really did it for me this yearhttps://t.co/FXo760Dana

The Uncle Davids have brought me so much joy this year! https://t.co/u0y1U03bEj

The British guy who bought Broccoli with caterpillars from @Tesco and ended up raising them and they became butterflies. https://t.co/meNKHTM5bv

Right wing Rage Against The Machine fan tells them he's not going to listen any more because they have brought politics into it. pic.twitter.com/G7Qzdtt1In

Herman Cain tweeting after he died from coronavirus was memorable pic.twitter.com/mV5lgc4S9b

When due to pandemic, the Tim the security guard took over the social media for the National Cowboy Museum. pic.twitter.com/mv8E2JjjmE

That fucking egg yolk tweet was a legendary moment. https://t.co/XDPn8VpMIq

Rushing to defend Sesame Street after Trump's all-caps "Stop the Count!" tweet. So many good memes.

Trying to think of one that’s not been said, but this is up there for me pic.twitter.com/0zmmtRqBPe

https://t.co/5jO0AjPC16 i still think about this and say microwave in my head like this.

This one was pretty good pic.twitter.com/ZlqzwfWRLp

← Donald Trump's Petulance May Be a Huge Gift to Democrats ... ? | Review: George Clooney's Sci-Fi 'The Midnight Sky' Is Great, Except for the Science and the Fiction →