Twitter Users Ponder What Famous Side Characters Deserve Their Own Film

You know them. You love them. They’re the ones who sparkle around the edges of a story, who crackle with life and joy in limited screen time. Who intrigue and beguile and who leave you wanting to know and see more.

Of course sometimes the magic of a side character is entwined with their status, and if they were granted more screen time the harsh light of exposure would change things. The magic would fade. It had drawn its power from what was left unsaid, and our fertile imaginations filled in the blanks. But who knows—maybe some of these bit players would make for perfect main characters.

In response to a prompt from the official Toronto International Film Festival tweet, Twitter users pondered the latter possibility: Side characters that they were so bewitched by so as to wish for a whole film based just on them. But before we get into that, let’s just remember these two legends: 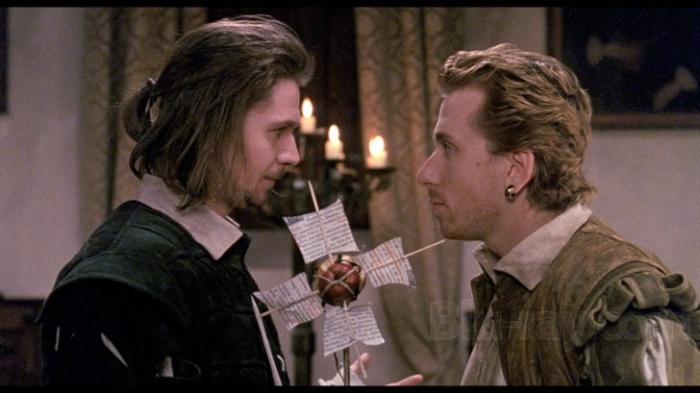 What famous side character deserves their own film?

Tom Hagen from “The Godfather”! pic.twitter.com/NgAMerETY2

I suggest ALL ABOUT BIRDIE, starring Thelma Ritter. pic.twitter.com/utuVMbcfbR

Set during WWII, young Miyagi fights both the systemic racism of his country’s military and the brutal Nazis in Europe. pic.twitter.com/g5hNkehCkJ

ok but the cops from Knives Out ABSOLUTELY could be in a buddy-cop sitcom. pic.twitter.com/bC0RBHjKJC

I’d like to know what The Mystery Man is up to on a day to day pic.twitter.com/88YQ1NRIsq

It’s all I want pic.twitter.com/ayhwelZfJQ

The other dirty jobs…his start at the DEA…seeing him before the appt when the doctor prescribes him the watching him listen to classic music.. pic.twitter.com/BfnpxLivL6

Tom Atkins' Detective Cameron from Night of the Creeps. pic.twitter.com/FL677SFLYq

Yes, have some! #Ghostbusters pic.twitter.com/nZM9joyvE4

I also want the Marion Ravonwood movie where she moved back to Nepal and is still running the bar and winning drinking contests.

Still waiting for the rom com with Betsy’s sister and the young gangster from Betsy’s Wedding.

They had chemistry (more than the main characters, really) pic.twitter.com/YjezG4rVYI

It would have been cool to see a movie about Gus Polinski, the "Polka King of the Midwest," from Home Alone

The greatest small role of all time, by a distance. Deserves a harrowing 3 hour character study drama imo. pic.twitter.com/D5xDx1UtyO

I want to see her conquer the world. pic.twitter.com/Gz7JKQ5oFW

Eternal Sunshine has three side characters I’ve always been curious about. pic.twitter.com/Ayzqp8lz2a

Bruno Kirby, in whatever movie he is in. pic.twitter.com/pXczY2NAVa

Both Judy and Madeline pic.twitter.com/bYXsxykeAF

← The Picture Used for 'Ms. Marvel' Casting News Brought Up Issues of Colorism | Armie Hammer Is Not Okay →