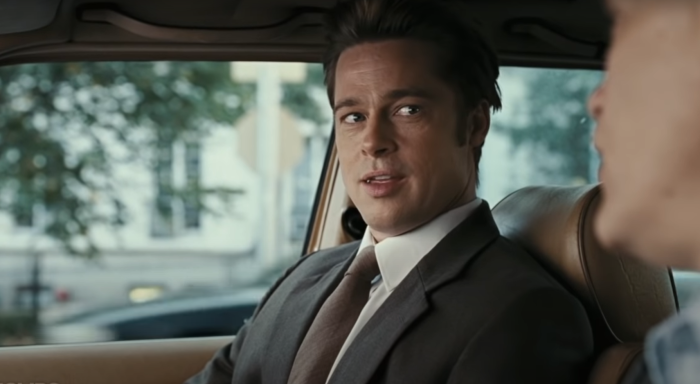 I absolutely adore the films of the Coen Brothers. I didn’t care much for The Ballad of Buster Scruggs, but No Country For Old Men, Burn After Reading, The Big Lebowski, and Fargo are some of my favourite films of all time; and Inside Llewyn Davis, O Brother, Where Art Thou?, A Serious Man, Hail, Cesar!, and Barton Fink are right up there in the next level of appreciation.

One of the greatest things about even the lesser Coen films is the sheer volume of quotable characters that they are populated by. The filmmakers have a way of creating these outsized, eccentric, ludicrous personalities, and of casting actors who can play them while seemingly effortlessly delivering the Coens’ oft-ornate dialogue, that when it comes to quotable moments, it all leads to an embarrassment of riches.

What is a non-Lebowski Coen Brothers catch-phrase in your household?

For us, it's "Would that it were so simple" from Hail Caesar!

My brain jumped straight to two films: No Country For Old Men, and Burn After Reading—the latter of which I gushed over a few years ago here. Two movies that are in many ways the polar opposites of one another, yet which share many strands of DNA—a creative pattern that the Coen Brothers love to return to frequently. No Country and Burn also share a panoply of quotable characters and moments, and they were the ones I immediately thought of in response to Garden’s prompt. Chad Feldheimer’s, ‘Secure your shit.’ Or the Burn After Reading’s lawyer, ‘Because here’s a man… Here’s a man practised in deceit.’ Or simply Anton Chigurh’s, ‘Friendo.’ Or Llewelyn Moss’, ‘Ain’t got no agua.’ Or indeed the pitch perfect Desert Aire Manager from No Country: ‘Did you not hear me? We can’t give out no information.’

"I WONT me a toddler!" from Raising Arizona

My wife and I are deliberately childless, but when people ask me why we didn't have kids, I always answer that "while she may seem as fertile as the Tennessee Valley, her womb was a rock place where my seed could find no purchase"…that tends to shut them up.

I can't calculate how many times as a kid I yelled "I'm a Dapper Dan man!" at my parents

"How we gonna run reform? We're the incumbent!"

(Okay, not exactly household, but I publish a newsletter about elections and this comes up a surprising amount) https://t.co/YmbwBj3ByY

“You know… for kids!” pic.twitter.com/Ra3wkKG25N

I'm the damn paterfamilias! (When my children attempt to backtalk me.)

"I'll show you the life of the mind!" Charlie Meadows in Barton Fink.

No Country For Old Men, "I deduced it." pic.twitter.com/5rfklHqm8y

Unsure why this one has stuck but whenever my partner and I disagree on anything it’s, “I’m not sure I agree with you a hundred percent on your police work there, Lou.” pic.twitter.com/EI54ru4x0r

“Mind you don’t cut yourself, Mordecai.”

A lot of Fargo in our house. Chiefly, “hey, I’m cooperatin’ here” and “looks like she’s gonna turn cooold tomorrah!”

From their adaptation of _No Country for Old Men_ :

"Wendell: Well, it's a mess… ain't it sherrif?
Sheriff Ed Tom Bell: If it ain't, it'll do till the mess gets here."

Fargo.. when you are trying to act interested in whatever the other spouse is saying. But you have to do it with the accent and exaggerated enthusiasm or it doesn’t work. .. ‘Oh yeah’ pic.twitter.com/QRw2DbbcGe

“I detect, like me, you’re endowed with the gift of gab” from Clooney in O Brother

In my social circle, I like to smugly chuckle “You think that’s a Schwinn…” when someone gets something wrong but no one ever gets it: https://t.co/4m46tZ5zir

And here ya are, and it’s a beautiful day - Fargo

Over the weekend at a car dealership when told the price would be higher than promised and the reason why… "See, they install that TruCoat at the factory." I said that to my spouse who grinned, and we walked out on the dealer. pic.twitter.com/WatLgYLf91

This is an embarrassing admission, but I definitely do ‘Owww-ter SSSSpaCE’ in the Adam Driver voice to myself more than once a week. pic.twitter.com/9CficDl6hF

“Report back to me… when it makes sense.” pic.twitter.com/otfLVwYwjb