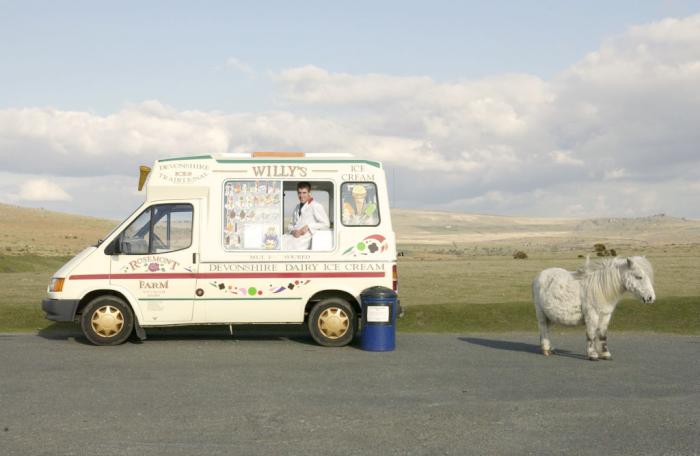 I have a friend who has a very eccentric mate who shall remain nameless in this story. Recently, this friend told me a story about his mate that made me have a very specific reaction. The story goes that this mate, whose academic background is insect sex—and which included a PhD project that involved hundreds of hours of insect sex footage—recently had a bit of trouble with international law. As my friend tells it, he heard this story from another friend of his—a friend who also knows his eccentric mate. So this other friend tells my friend that he recently struck up a conversation with someone in the pub who happened to have a pretty brutal-looking scar on his finger. As the night went on, this new person explained the scar, and it turned out to have been sustained in a sword duel. A sword duel with my friend’s eccentric insect sex mate. The same mate who, my friend also learned from his friend who bumped into sword scar guy, had recently been detained by law enforcement for trying to cross the border from Transnistria—officially known as the Pridnestrovian Moldavian Republic—to Gagauzia—officially known as the Autonomous Territorial Unit of Gagauzia, two breakaway micro states that aren’t recognised by any country. This eccentric character had been detained because apparently you are not allowed to enter either of those territories as a US citizen, and he happened to be carrying a US passport on him at the time. A nasty predicament, you might think, except that ‘a call to the presidential palace and a few hours translating led to his release.’

To which my reaction was: 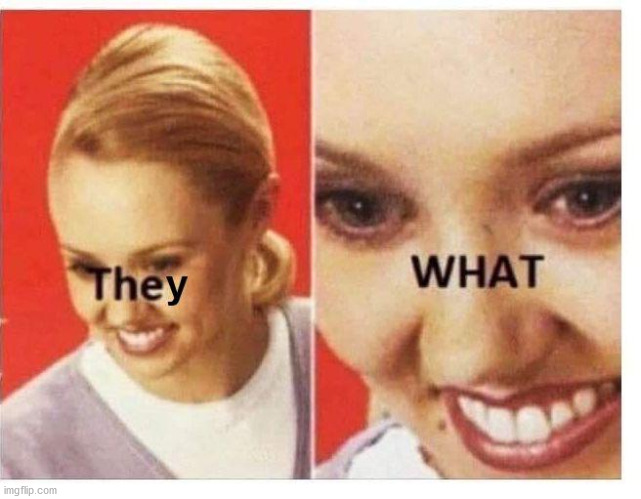 Which is the same meme that Twitter user hikikomorphism used when they asked this asked this question the other day on the platform:

what is some obscure fact or anecdote about your life that reliably makes people react with this image pic.twitter.com/1doNCYzHKH

The user has since protected their tweets, but the answers remain. So settle back and enjoy with me a road trip through bat country. It gets wild:

Date in a park at night. Its pitch black and I am the only person in the park. Date shows up 15 minutes later. We come across a guy who feeds ducks. The guy tells us he can talk to the ducks. He yells „woooolie” and ducks come flying from everywhere in the park. Hundreds.

Just about everyone in farming communities across the US and Canada had, and sometimes still has, a picture of me and my brother on the wall. Basically, we were a meme that went viral, well before the internet. We were on a lot of grandparents' walls. pic.twitter.com/EQjCezQrRV

to slightly expand on this: technically I _climbed_ the cliff to get the phone signal. I was successful but then had a different problem.

Some detail I couldn’t fit in the first tweet:

Both times were on holiday (A beach in Cornwall and a caravan camp in Brittany). Second time I actually went with him to meet Auntie Myra (Cause I was 16 and an idiot).

Both times the kid was about 5 years old. Very light blonde hair and an Irish accent.

For a while during my childhood, and for merely sad and not nefarious reasons, there was a plastic bag with four dead puppies in it in our freezer. After long enough the sting wore off and my mom would jokingly refer to “the pupsicles”

Once I was exploring an abandoned asylum. It had a tunnel system which was 100 ft of darkness before light from a grate/ladder to the street level, repeat. After about 20 minutes in this tunnel of nothing there was a chair with a teddy bear. I still think about this bear. pic.twitter.com/fJB2hsBX37

My father asked me if I could develop some anorexia when I was 16 years-old because he thought I was chubs. "Not serious, just mild." Still chubs now TAKE THAT, DAD!

There was a moment where we all froze in place and stared at each other in confusion. Then yelling from the top of the cliff. We had to make our way up a set of stairs and through the set with all of the crew quietly glaring at us like we RUINED EVERYTHING. I was about 13.

A donor left his house in his will to the school where I headed the fundraising program. We were notified when he died but he hadn't been found for 3 weeks. They said "he's all over the house" and I thought they meant odor. I was wrong. As it turned out, he had large dogs…

My AC/DC "Back in Black" phone ringtone ( it was the early 2000's) once interrupted David Bowie talking during a production meeting. I told him sorry it wasn't one of his songs. We all laughed. I felt cool.

last 48hrs of my trip to Japan included missing the last train - the one thing you’re not supposed to do - sleeping in a rock garden, running from gangs in Chiba, finding a body, police thinking I was responsible for the body, and escaping police by crawling under a train gate

I was struck by lightning. When I told Grandpa, he said it's the 2nd time that really hurts.

I have loads of scars from being ripped up by barnacles on a piling that I was clinging to for dear life because I was swept away by the riptide in the Gulf of Mexico when I was 14. A fisherman came and got me, carried me to shore, and promptly vanished when I looked away.

I bit through my lip, broke my tooth off, and found the tooth in my lip two days later.

I would sort through the dead ones (most were usually dead) and take the live ones back to the farm.

One Christmas Eve we drove over that bridge and there were 100s of bunnies someone has dumped. We got a horse trailer and loaded them up and took them home.

After vomiting and feeling terrible one morning i lied down in bed. I just wanted to sleep but my cat Dag kept jumping on by back real hard for about 5 mins
I got out of bed to kick him and fell over
I was having a stroke
Doc said cat saved my life for sleep = deadness

I once accidentally walked into Mexico while running a camp for children on a Reservation in Southern Arizona and so help me god an ice cream truck appeared in the desert, Smashing Pumpkins style. There was nothing else to be seen in all directions for miles. pic.twitter.com/JMC8xk71Lu

They took me to the emergency room and the doctor had never seen it before, but I since I was in no pain and it was harsh Vermont winter they figured I just had a nosebleed that clotted high and backed up through my tear ducts.

Was this you when you were younger? pic.twitter.com/3S97KGawMI

That time the Scientology convinced the Nepalese royals to evict my family from the country, and the army turned up with guns and dogs to do so.

I punched a rat when I was three years old.

It was on a park bench. I didn't think there should be a rat in a playground.

I discovered an eyeball in a freezer at work. Told my boss, boss said "so that's where that went."

Never found out what the fuck kind of eyeball it was, either.

My grandparents once had a dog that ate $40. My grandpa waited for the dog to poop out the money, and then he cleaned the bills and put them in alcohol in a mason jar, where they remain to this day. My aunt has requested in the will that they leave her the poop money

I helped a crack addicted stripper who was wanted for murder hide out from a fugitive task force so she didn’t have to spend Christmas Eve in a jail cell.

when i was 22, i torrented dental textbooks, ordered mexican novocaine and removed one of my own wisdom teeth. https://t.co/mqBbf5bKMT