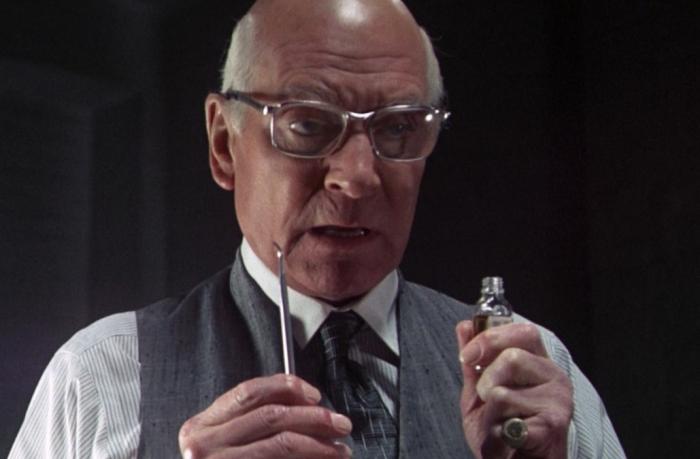 Twitter Users Ponder The Worst Physical Pain They Have Ever Experienced

I’ve been lukcy enough to have never been really badly injured in my life. So far. I used to fall down and out of things a lot when I was a kid, and that led to a lot of scrapes and bruises and one time a really nasty knock on the head while playing football on concrete, but I’ve managed to avoid anything more serious than that. So when it comes to physical pain, which this Twitter prompt tees up—

What's the worst physical pain you have ever felt??

—I think I’ve been relatively fortunate. Off the top of my head, the worst examples of physical pain I’ve ever experienced were some minor kidney stones when I was a kid, and an exposed tooth nerve a few years ago. That last one had me nigh-on paralysed on the floor in agony for 48 hours before I could get to an emergenency dentist appointment because dentistry in the UK is a joke. That was pretty bad, but after reading some of the following, I’m considering myself quite fortunate again…

Going to the bathroom with a tear and hemorrhoids after giving birth was almost worse than birth itself. Really thought I was going to pass out and die in my bathroom several times. Really wished they’d fully warned me how bad it could be so I could have bought stock in Miralax.

Post abdominal surgery. Surgical scar from naval to pubis. Bowel resection & a colostomy. I almost died. Went septic after a hysterectomy. 11 days in ICU. Morphine & Duladid for pain. It always wore off before I could get more pain relief. I wanted to die. But I am glad I didn’t!

Broken collarbone and 3 ribs. It wasn't very painful if you stayed still but when I had to go to the toilet or cough, I would scream in pain.

I had an emergency Csection in an elevator, no anesthesia! My daughter is now an amazing biology major and political activist ready to change the world! Worth every ounce of pain!

I had an absessed tooth, it was a wisdom tooth. When the infection got out of hand, half my face swelled up. I had it pulled, but when the pain meds wore off, it was unbelievable how much pain I felt. It felt like half of my skull got blown off by a shot gun. Awful!

fell off ladder (home by myself) thought I broke my leg. looked down it was going at a 90degree from knee down. felt around it was just out of the socket. took a deep breath & pulled it back in. heard myself say "OWW" in a tiny voice. still don't know how I got up walked to phone

Heart attack when I was 36. I’ve broken bones, bad cuts, stitches, etc but none were as brutal as the heart attack.

Took four days to pass an almond size kidney stone through my penis. It stopped at the end and only came out when I sneezed. The other two followed it. pic.twitter.com/OUKRhmmAiy

The combo of lumbar muscle spasm with acute sciatica. Took a bumpy bus tour all over one of the Caribbean islands the previous day & woke up with this. It was so bad I could hardly move w/o searing pain. Took 3 of us to get me down to the infirmary for toradol & narcotics.

Breaking my nose, in a fall, when my two front teeth were knocked out and bit off the tip of my tongue & the two teeth also cut through my chin. Worst Thanksgiving Day ever. (Followed up by a year of root canals to save the two front teeth—not fun).

Breaking my leg in car wreck, & ambulance guys not seeing it so pulled me out of car by my legs. Once out they saw it, & understood what I'd been trying to tell them. That & a spinal tap top the list.

Dry socket after a tooth extraction, paper cut in my cornea, and now I’ve had six weeks so far of shingles pain (even after having the first shingles vaccine) - all three tie for the top one

I was giving birth to my 10 pound son, when they had to push him back in to unwrap the umbilical cord from his neck. No epidural, no pain meds. It’s like everybody’s hands wanted to be up in my va-jay-jay!! Ouch!!!

I woke up in surgery.

I had a tooth abscess once. I was driving and it felt like my mouth exploded. I happened to know a dentist office nearby and went directly there. I was like a crazy person and they thought I was a drug addict looking for a fix.

Having to sit completely still while having petocin induced contractions, those moments were a special kind of hell. A runner up is needing a root canal. I cried and threatened to remove it with pliers if my dentist didn’t see me, and I meant it.

Falling down a cliff while horseback riding and having the horse fall on top of me with his back to me, hooves up in the air. The horse was fine. Me, not so much. 🤷🏻‍♀️

I have a nerve disease in my face, trigeminal neuralgia. At times I feel like someone is shoving a screwdriver into my nerve endings and twisting. Good times…

The ectopic pregnancy rupturing. Felt like someone stabbed me and was slowly rotating the blade while still in the wound. Would not recommend 😕

3rd degree burns from chin to ankles, left arm and both hands. Had cadaver skin grafts and then autografts using my unburned thigh skin.

Giving birth was pretty much my apex, but I’m gonna let bone marrow biopsy be a tie

When a 130 ft fir tree fell on me. Fractured left leg, open compound fracture of lower right leg, fractured pelvis, broken ribs on both sides, 5 fractures in my back, broken scapula, brachial plexus, severe crush injuries to my left side due to the tree laying on me for 2 hours.

Kidney stones. I had my fair share of accidents of all kind, but kidney stones hands down beat any other physical pain I've ever been experiencing.

I was bitten on the arm by a brown recluse spider. The bite was on my bicep and was sore in the morning and by 11:00 AM my arm was swollen to about the size of my leg. Moving the arm would nearly cause me to blackout. Naturally, the nurse grabbed it after I told her not to. ouch

Probably a Christian rock concert when I was in 8th grade. pic.twitter.com/Jv7lSrUbWf