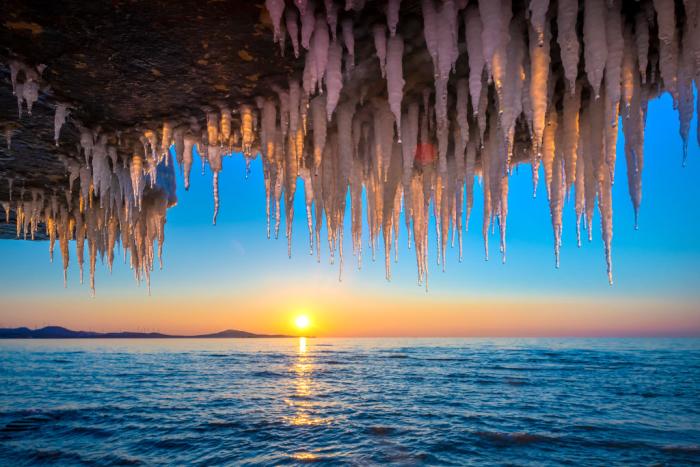 Twitter Users Ponder the Dumbest Beliefs They Had As Children

Sometimes Twitter drops a prompt for which I could read the responses for all day. Take, for example, this gem about childhood misapprehensions:

What's the dumbest beliefs you had as a child?

When I was 4-5 I swore that bird seeds grew birds, thus the name. When my parents asked me to prove it to them, I planted a pile of bird seeds.

The next day there were loads of birds where I planted the seeds, showing I was right.

I wondered why my parents still objected to this idea after I proved it worked, so I thought they were hiding this secret from me because they were worried I'd grow a massive flock of birds and they'd not be able to tell me what to do.

I love these kinds of stories. Getting a glimpse at the world through other people’s eyes is always a worthwhile experience, but when the glimpse involves the lens of childhood magical realism and sometimes inspired-yet-deranged internal logic then the trip takes on a whole other dimension of spice and flavour. Here are some of my favourite responses to the prompt for dumbest childhood beliefs:

My parents told my brother and me that frozen peas were candy. We used beg for “candy peas” after dinner and go in the back yard to toss them in the air and catch them in our mouths like absolute idiots.

I thought that the moon was the sun’s kid and if it was up during the day, that was the moon throwing a temper tantrum and refusing to go to bed

My dad convinced me that when this came on the TV it meant I needed to literally stand next to the television to make it work again. He let me do that for years until I did it at a friends house. Her parents died laughing at me. pic.twitter.com/NuXjxc4oQI

Ok. I’m going to admit to this to you guys. Here it goes:

I used to believe these were communication tools to send telepathic messages. I would to talk to my friend from camp through them in elementary school. Probably out loud. I was weird. pic.twitter.com/if6Gi89DuY

I watched this episode of Rugrats and thought this bullshit would forrill happen if I ate a watermelon seed
😂😂😂 pic.twitter.com/3RmBlXlltG

When I was young, I thought everyone thought in English, and then translated to whatever their countries language was because that was the law there

As a kid I thought a few classmates +my parents could read my mind. It became debilitating- my grades slipped because I spent more time in class monitoring my thoughts than working, and had breakdowns on car rides bc i thought my parents were testing me
Turns out I had psychosis!

My older sister was learning about space, so she told me the sun is a star and that stars explode. I thought the sun was ALL of the stars, and that during the day they would come together to be the sun and at night they would explode and separate into millions of tiny stars. ⭐️

My friend told me when you sleep with a boy you get pregnant so I panicked when my boy cousin and I fell asleep in the backseat of the car when we were on a road trip.

I patiently fed and watered my pet icicle for about a year.
My dad would let me take it out of the freezer to hold for a little while, but when it was starting to get wet, I had to put it back in its box.

I believed I had a pet.

I thought adults didn’t have friends. Only kids & teens had them. (Adults on tv with friends were clearly fiction). Eventually I realized that my parents were just antisocial and plenty of adults had relationships beyond the nuclear family lol

I used to believe that giants were people that lived in space and it was their job to rotate and hold all the planets. And when I thought about a giant holding the sun I would start crying because I didn’t want the sun giant to be in pain 💀

I thought sex involved pressing your dick against a woman's sub-navel outer wall (like where the penis is on us) and somehow phasing in there. No idea there was anything going on beneath there

I found this to be common among ppl my age as I grew up but I thought that human history had a black and white period, and a full color period

I have so many dumb kid beliefs Bc I was the most gullible little shit in all creation.

Thought iron giant was based off real life.

Also was mind blown that the “D” in Disney was a “G” Bc we had an old drawing poster and I thought it was GISNEY from age 4-6. pic.twitter.com/hT4YgexkzS

SAME HERE!
I also thought the morning was like a mystical dimension that I didn't have access to because I always woke up late and everyone was already up. One time I woke up at like 5 AM and nobody was in the living room and I thought I had been transported somewhere

I thought that the movie “Howl’s Moving Castle” was a dream that I had. I fell in love with the movie but whenever I asked about it no one in my family knew what I was talking about, and I was having trouble finding it on google. So I convinced myself that I dreamt it

my mom told me that when the ice cream truck was playing music they were out of ice cream and i believed her, like an idiot

I thought Roxanne from the song was a crossing guard. "You don't have to put on your red light" in my child mind meant the singer was saying they really wanted to cross the street without delay and hoped she wouldn't put on her red light, stopping him from walking 🤣

In Dutch, we have a saying that translates to "Something will wave/swing", which means you'll get in trouble for doing something. When my mom said it to me, I'd always be afraid to look out the bathroom window as I feared that there'd be a giant hand waving at me on a flat roof.

When I was a kid I thought serial killer was really cereal killer and there was the widespread issue cereal used to kill. The image I had of it was someone sitting down in the morning eating cereal, choking/dying then pointing to the shadows where a cereal killer was, ominously

When I was a kid, 6yrs, I thought if I left pieces of hair around, I could haunt that place in the after life (I was very into supernatural stuff)

I LOVE catching the air in my hand and having it buffetd by the wind as we drive fast down the highway.
Always have.

But as a child, I was always afraid a samurai would ride past on a motorcycle and cut off my arm with his katana.

were you trying to summon Woody Woodpecker or a worm with this ritual?

when i was a kid i thought marmalade came from wasps

because everyone knew bees made honey but nobody explained to me where marmalade came from so i assumed wasps had to do something useful ???

I used to think there was some guy manually operating street lights who was watching traffic go through on some sort of camera and deciding when to go red, yellow, green based on what he saw.

My mom told me she had "shadow people" that watched me and reported back to her every day.

The concept of shadow people terrified me so I was always good.

← Jordan Peele Reveals the Poster And Amazing Title for his Next Film | Season Review: Why Won't You Let Me Love You, 'Lisey's Story'? A Fan's Lamentation →