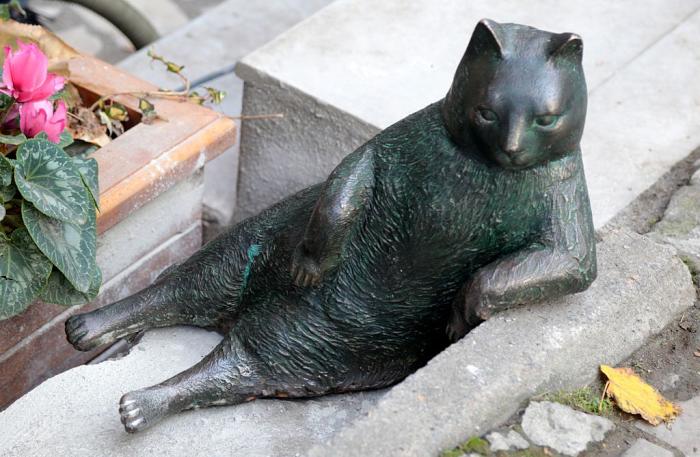 Statues commemorating racists are coming down. Isn’t it a beautiful sight? After years of ‘sanctioned’ and ‘proper’ campaigning which by establishment design achieved nothing but ‘polite’ deferral and bureaucratic quagmire, statues which a just society would have never put up in the first place are now coming down, one way or another, thanks to direct action. What a grim indictment of how our society is structured and upon whose bones it was built it is that they were allowed to be erected and elevated at all—and what a display of abhorrent hubris, and brazen contempt for the descendants of the victims of capitalism’s original sin, that they were deemed worthy of staying up; their existence a potent metaphor in many ways for how the legacy of brutal colonialism which built Western capitalism is still so alive and well around all of us, and their fall a moving symbol of some tiny degree of belated justice. Our society is profoundly criminal, and the very act of monument building—done more often than not by the powerful who benefit from that criminality—frequently reflect that character. Twitter user and historian James Barr posed a question that addressed this when he challenged people to, ‘Name a statue that actually enhances its surroundings.’

Name a statue that actually enhances its surroundings.

So here are some more deserving statues that do enhance their surroundings, instead of poisoning the very earth they stand upon with the noxious glare of some long dead uber-racist who turned his passion for evil and magnified it into even greater evil by turning it into a money-making venture.

Can I put a vote in for Sheffield’s ‘Women of Steel’? #sheffieldissuper pic.twitter.com/IwsTGBjHbD

As someone who loves both the city of Boston, and the book Make Way for Ducklings, I’ve always been rather fond of this one. pic.twitter.com/sXTdhTv3KD

a gardener, a waitress, a cleaner, a street sweeper. love how they honor otherwise invisible workers. são paulo, brazil pic.twitter.com/eTOPBOHGPE

there are only two statues of women in Leicester the unnamed seamstress and the great #AliceHawkins https://t.co/w7mI9g3aSZ pic.twitter.com/Yy9sbTkZbW

God of the Sea.

The statue of the Portuguese poet Fernando Pessoa in Lisbon, sitting next to the esplanade where he himself was regularly found pic.twitter.com/Kow6NPepNj

Hatchiko, the world’s most loyal dog, outside of the Shibuya train station in Tokyo, obviously. pic.twitter.com/9pt3gKxiLo

Let’s not kid around here: This Gundam in Tokyo (Odaiba) pic.twitter.com/Xa4YGjAW5U

This one in Glasgow celebrates fighting fascism in Spain pic.twitter.com/3WstB78734

Alan T at the University of Surrey pic.twitter.com/SKc5czGi9X

The famine memorial in Dublin is pretty powerful. Statues should honour the victims, not the oppressors. pic.twitter.com/wR4Cys8sDD

Sir Nicholas Winton at Maidenhead Station. He organised the ‘Czech Kindertransport’, rescuing 669 Jewish children who would otherwise have ended up in Nazi concentration camps. pic.twitter.com/PEga3QgMaG

Mary Seacole in the gardens of St Thomas’s Hospital. pic.twitter.com/guwi1MdcNR

That's a worthwhile subject for a statue.

White Celebrities and the NAACP Team Up for an 'I Take Responsibility' PSA, Which is Fine, But ...