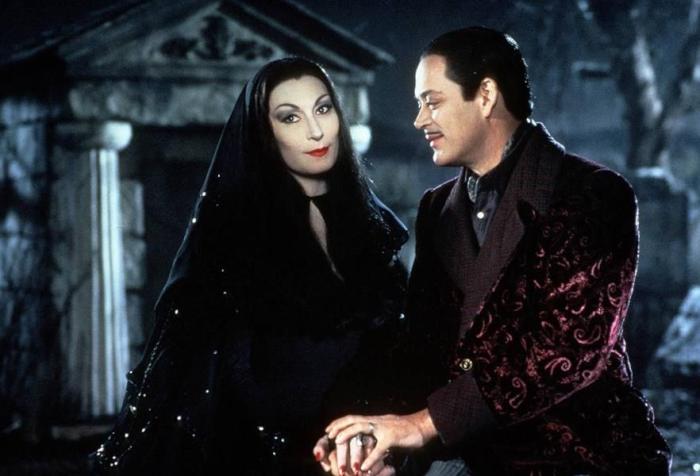 A little while ago I watched the film Bacurau. A Brazilian-French co-production directed by Kleber Mendonça Filho and Juliano Dornelles, Bacurau defies easy description. ‘Weird sci-fi’ goes some ways towards it. ‘Weird sci-fi black comedy anti-imperialist eco-Western’ gets closer. However you want to describe it, I thought it was sublime. Exactly the kind of daring and boundary-busting film I love to watch. The titular Bacurau is the name of a small fictional village in rural Brazil, and it’s the canvas upon which the filmmakers tell a story of callously brutal white neo-colonialism and the heroically defiant feats of resistance that rise up to meet it. It would be a spoiler to say much more than that. The film really is best experienced knowing as little as possible about it. The reason I bring it up here is I saw a Twitter thread prompted by this question the other day:

Name an actor who was clearly having an incredible time in a movie. Mine is Oscar Isaac in Ex Machina pic.twitter.com/OawSyxfetc

The first thing that popped into my mind on reading that was Bacurau. Why? Because the singular Udo Kier spends a healthy portion of that film having what looks like an absolute blast. As if you needed another reason to give it a go.

Okay now that I’ve smuggled in the praise that I’ve been dying to give Bacurau, here is the rest of that Twitter thread of roles in which actors had a great time:

Two other examples: Daniel Craig in Knives Out and Megan Fox in Jennifer’s Body pic.twitter.com/C5ZRGuorQS

steven yeun and samara weaving were having such a blast on mayhem, you can just tell pic.twitter.com/wekwkQzIpX

Chris Evans in Knives Out. After almost a decade playing Cap the golden boy he was practically giddy while playing an asshole 😂 pic.twitter.com/JUDfqpeJex

A heavy vote also for Frank Oz and every other muppet performer in any Muppet film. https://t.co/PD6Zv6Fula

Uma Thurman knew what film she was in when she signed on to play Poison Ivy:https://t.co/9Lo7iMZgPt

Bill Paxton in Edge of Tomorrow. Look at this face barely holding in it's immense glee at getting to chew out Tom Cruise over and over again pic.twitter.com/p7BGfJkDMx

Jack Nicholson in the Departed. He did no research and was basically just throwing shit at the wall. Everyone having to react is just priceless. pic.twitter.com/QgJz9O6kbD

Almost everyone in this movie, but obviously and most especially, pic.twitter.com/Q1IPFY03s8

A late addition but also Billy Bob Thornton in the first season of Fargo. I guess it's just fun to play the devil. pic.twitter.com/bnmNSzJE91

I’m pretty sure Javier Bardem loved every second of his performance as Anton Chigurh. pic.twitter.com/eyKAiv1lB7

Ryan Gosling and Russell Crowe in the Nice Guys pic.twitter.com/giTSxgGFlA

Also Paddy Considine seems to have si much fun it Hot Fuzz pic.twitter.com/WCYdBbL8Ck

And the indelible Ellen Greene too pic.twitter.com/pUIsEkyFQs

Vinny D just contorting his body in the weirdest ways for 90 minutes pic.twitter.com/Pger32n7eS

Pretty much everyone in this movie pic.twitter.com/LFxe5k6oNK

Daniel Craig in Logan Lucky. He’s clearly just so happy to not be playing Bond pic.twitter.com/oN7t95F7KR

Sam Rockwell in everything I've ever seen him in.

Michelle Williams in “I Feel Pretty.” It’s not a good film but it’s worth it just to watch her wild out pic.twitter.com/QmOXs2H3Ct

My pick too. The whole cast really, Pitt clearly had the time of his life doing that movie, but Waltz most of all pic.twitter.com/nsAeT6nYOt

I feel like Lance Reddick as Charon in the John Wick movies, but particularly John Wick Chapter 3, is a good answer here. pic.twitter.com/O1Kzgo8jIg

The Rock in Be Cool! pic.twitter.com/N61klBtjkm

Margaret Hamilton as the wicked witch I heard she loved it a lot with the exception of the day she got burned but other then that she loved this role pic.twitter.com/dNRhEGUIYA

Bronson is Tom Hardy just fucking going for it for two hours and it is a blast. He is most himself in this movie imo, and it is glorious to behold. pic.twitter.com/5IjbdpIUHf

Gene Wilder was having so much fun on Young Frankenstein that Mel Brooks had to stop him from writing more scenes to shoot pic.twitter.com/LBgw79n3uU

Alan Tudyk always seems like he’s simultaneously enjoying himself and having an existential crisis pic.twitter.com/DPE5HJARFF

Jason Statham parodying himself and his own career in Spy. pic.twitter.com/WNMF2Ujtip

I’d have to go with these seven pic.twitter.com/96kdDX7a68

Tim Curry in anything pic.twitter.com/3FDI5D8Cv3