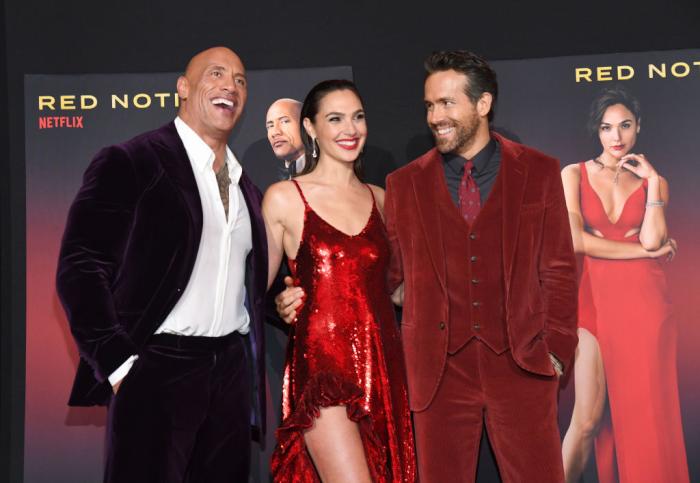 There’s a bit in the awesome Community season 2 episode ‘Paradigms of Human Memory’ when Jeff says to Annie: ‘It’s called ‘chemistry’; I have it with everybody!’ That may have been true of Mr. Winger (or at least inside his head) but when it comes to the world of acting, it’s very much not the case that everybody has chemistry with everybody else. Near the beginning of 2021—so about two months ago based on how quickly this ridiculous year has flashed by—I covered Twitter’s ponderings about which onscreen pairings had the best chemistry. Now it’s time for the hilarious flipside of the coin. You’ll find no electricity here. No open flames or even a hint of a spark. This is damp territory. A lukewarm and soggy landscape devoid of that ineffable magic which makes onscreen relationships (of any kind) pop off the screen. Abandon hope all ye who enter here…

they even admitted they had no chemistry pic.twitter.com/8UBUTqK5pL

All the fiery passion of a day old avocado roll. pic.twitter.com/UwzlJwooV2

You're never going to top these two. pic.twitter.com/7ixWbfOkrn

Even the movies forgot this happened. pic.twitter.com/R8E3wsCv8L

Nick Nolte and Julia Roberts, "I Love Trouble". And they DESPISED each other. pic.twitter.com/FRQmUtHv8t

I thought this one worked pretty well. pic.twitter.com/b3utUIyPPB

I'm sorry, but the perspective here makes it look like The Rock is talking to a baby sized Vin Diesel 🤣

Arguably DiCaprio has only had good chemistry with Winslet pic.twitter.com/DGDzGLcQll

They seem to be acting in two different movies. pic.twitter.com/tD9QCiDmI3

Actually surely the ultimate answer is Travolta and Tomlin in Moment By Moment. They looked identical pic.twitter.com/sfo7mjM2Xe

I scrolled but didn’t see this couple. Was it just me?!! Felt so weird and uncomfortable lol. pic.twitter.com/q5ALCCugEp

Jolie and Depp in The Tourist

So hard to watch. pic.twitter.com/wvUmKNiCvD

These two. Look how thrilled he is to be next to her. pic.twitter.com/7PJkdMffee

once i found out bogart was angry during filming and audrey and william holden we’re hooking up everything made sense cuz the chemistry points here were negative pic.twitter.com/i2KqGnvocZ

Anne Hathaway and Jim Sturgess in One Day

This is the worst I can think of… pic.twitter.com/25MV9Y9TjL

Not a film but this is the correct answer pic.twitter.com/1AmVbF0syS


← 'Animaniacs' Season 2 Is a Step Up, with Minor Exceptions | New To Me: Netflix's 'The Who Was? Show' Modernizes History for Kids →