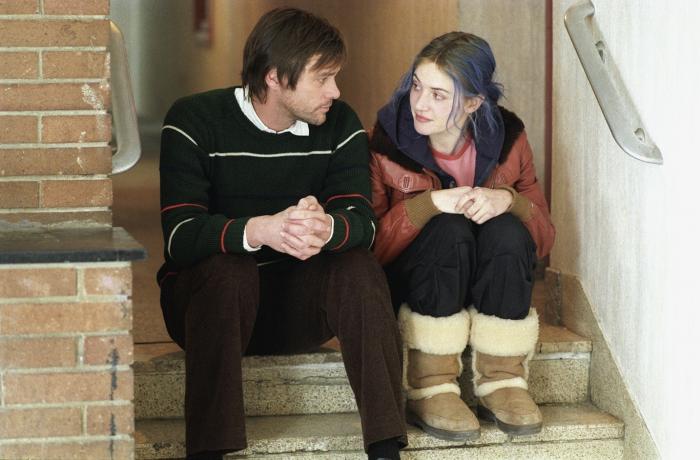 I saw this Twitter prompt from writer Daniel Kibblesmith yesterday:

Ours is when Keira Knightley’s crappy husband asks where all her new writing is in Colette (2018) and she says “I’ve been doing the house.”

I instantly thought of three things.

One, because I find it applies to the shitty way my stupid brain works all the time: ‘I’m nostalgic for things that haven’t happened yet’, from Noah Baumbach’s feature debut, Kicking And Screaming—a film that I absolutely love, which was first recommended to me by this very site actually, way back in the day, and which also came up in the Twitter thread in response to Kibblesmith’s prompt:

Two, because I’ve been laughing at the delivery and the placement ever since I first saw the film a year or so after release: David Cross’ character’s, ‘Carrie, I am making a bird house!’ from Eternal Sunshine of the Spotless Mind.

And three, because it’s such a vital component of one of the greatest scenes in modern cinema, Guillermo Francella’s delivery of: ‘A guy can change anything. His face, his home, his family, his girlfriend, his religion, his God. But there’s one thing he can’t change. He can’t change his passion.’

Here are some of Twitter’s responses, the lesser fame of some of which may be debatable, but that’s all relative:

In The Borne Supremacy, while a team of federal agents watches Borne beat the shit out of people, Brian Cox stops them from intervening and says “Let it play.” It makes no sense and I love saying it in catastrophic situations.

When the guy who plays Nicolas Cage’s sidekick in Valley Girl says to a girl he’s trying to impress, “I’m Fred. I like tacos and ‘71 Cabernet. My favorite color is magenta.”

When Dustin Hoffman realizes the sphere is reflecting everything but the crew in the cinematic masterpiece Sphere, he drops "I hate to be the one non-scientist who picks this up, guys" in the dryest possible way. I use this when I'm feelin sassy.

There's a scene in "Hot Rod" where Danny McBride beats up a guy and (I assume) ad-libs "I been drinkin' green tea all goddamn day!" That one. Never leaves my mind.

I say this far too often at home, and my wife is definitely not tired of it!

I'm picking about drinking water, so I always quote the little girl in the movie Signs https://t.co/ClWD3XRagm

My husband has been doing this scene every night before garbage day for a decade: https://t.co/DIGhy0RfQU

"Well, okay then" from Raising Arizona. "It's the kissoff, if I never see him again, it'll be soon enough" from Miller's Crossing. And: https://t.co/mA5Ivrc3Ec

Chris Tucker saying “every five minutes there’s a bomb or something!!” From THE FIFTH ELEMENT, any time some new terrible thing happens.

Not exactly a movie, but constantly this Homestarrunner line. “Thanks for stopping by, you guys. Thanks for breaking my cow lamp.” pic.twitter.com/4A8dXE5dbI

I guess it is famous but I can't spill a drink or get rained on without doing my best Gene Wilder "I'm WET!" from The Producers

my mother, who is a normally patient driver, used to shout, like pep streebeck in the dragnet movie, "it's the vertical pedal on the right!" whenever we were behind someone going unreasonably slowly, and it became a family line

It's not even an iconic quote but whenever I read/see/experience something that displeases me, I'll say "What is this?" the same way Elisabeth Moss does in Her Smell pic.twitter.com/Pz20DwXIri

There is a Lifetime/Hallmark movie whose name I fully don't even remember, where one half of a couple turns to the other and says "YOU'RE my happiness now" but because of the wooden acting it comes off as unintentionally creepy, and @BrieHubble and I say it to each other a lot

My college friends and I have been saying “whoa whoa whoaaaa” to each other in a certain intonation for almost 20 years and it wasn’t until I revisited Punch Drunk Love during COVID that I remembered we got it from Barry Egan. pic.twitter.com/K2fQTemE4x

I used to drop “You know—for kids!” from Hudsucker Proxy into brainstorming meetings pic.twitter.com/7G24Tbj5es

"More…..more… penicillin..Ned" whenever somebody says we need more of something.
From this terrible & hilarious Australian film by Abe Forsythe (Little Monsters): https://t.co/XN7KT4ioQ0

“The TEA leaves, the INTERRUPTION remains.” - Phantom Thread. It’s a slight misquote but wife and I say that to each other for any kind of interruption. https://t.co/8rGLT7aS4q

I teach Physics. I give my students problems and tell them to compute an answer. After three minutes, I ask them, "Did you get the digits?"

They're in their 20's. I don't think any of them get the referencehttps://t.co/VGTqGjZdw3

In Zoolander, Maury sings a little song that’s like fanfare at the start of a movie. I sing it *all* the time, like when my kid is making an entrance in new pajamas. https://t.co/qSKL0D0BWL

As taken from @megaphonically, instead of saying, “I don’t know,” we often respond with, “IDK, my BFF Jill?”

It’s from a stupid 90s commercial for Cingular.https://t.co/TOb0oPgeHY

Although Kathy Bates didn’t actually say it in Rat Race, “You should have bought a squirrel.” pops up regularly in our household, along with the, “What an honor! No, really, for all of you.” portion of Bonnie Hunt’s “we’re walking” bit from Dave.

There's a scene in the Brady Bunch movie where Cindy Brady skips over to visit the jerk neighbor and he says "Hit the road, bad seed" and she skips away. Been saying that to my kids for 18 years.

— Mutton of the Sea You in the Glorious Springtime (@muttonofthesea) March 10, 2022

The whole movie is brilliant, never understood why it wasn't a bigger hit pic.twitter.com/BWU5JSOiy5

The movie executive in Ed Wood who says “I don’t get it…(pause)…Oh. I get it.” This is quoted constantly in my household.

Ok, this is from a TV show, but “Both my sons are magicians!” (Stanley Tucci in 30 Rock, as an example of how his life turned out great after Jack got him fired)

Also Gross Pointe, "I don't want to get into a semantic argument, I just want the protein!" Gets absolutely nothing but blank looks when I say it

My friends and I are a tad too enthused by how Willem Dafoe says, "Do you know what time it is? It's FUCK time!" in Auto Focus. https://t.co/4V5mBNkSHA

Adam Driver's "uh oh"s and "oh no"s from Inside Llewyn Davis are line readings I use often pic.twitter.com/QLuB1ztzFU

Whenever doing anything remotely nerve-wracking, one must say, in a quivering voice, “I can be brave like you,” like Claire Danes in Little Women, 1994. pic.twitter.com/TbjmtumPI7

“Could be worse … could be raining.” https://t.co/YMFB6vMR7l

On my commute, there's a stop sign at the top of a hill, where the exit ramp merges with the road, clear visibility both directions.

Every time there's no oncoming traffic, I hesitate before rolling through and say, out loud to no one,

Another one I quote all the time: Romy and Michelle when Mira sorvino finds out the guy hitting on her is suit salesman, she responds, “excuse me I have to go. I cut my foot earlier and now my shoe is filling up with blood,” and then drag-limps away.

I suppose for certain people every line from Spinal Tap is famous but I do often say “I’m just as god made me, sir” and “someone who dresses like an Australian’s nightmare”

When my husband and I want to point out something obvious, we say, “that cab has a dent in it.” pic.twitter.com/f013gnBGGW

A friend and I quote a funny little line you can hear in the background of the Coen Brothers’ Hail, Caesar! You can hear a director yelling at an actor to “Squint! Squint against the grandeur!” pic.twitter.com/6Ufgy72NcP