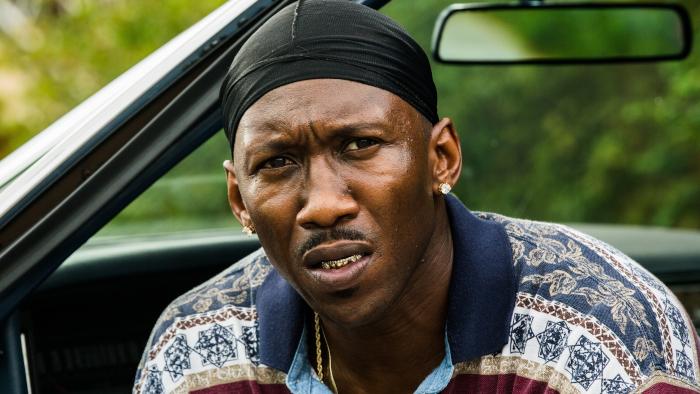 Writer Nina Lee (Sorry About That) posted what is always a super fun prompt on Twitter the other day:

Who is a character that had roughly 15 minutes or less in a film but had a huge impact on it ?

Three answers popped into my mind straight away in response: The mystery man in Inside Llewyn Davis who punches Llewyn in the alleyway, the giraffe in La grande bellezza (stretching the definition of ‘character’ here but whatever, I stick by it), and Tom’s sister Rachel (Chloë Grace Moretz) in 500 Days of Summer—because ‘You know…just ‘cause some cute girl likes the same bizarro music you do doesn’t make her the one,’ was 100% the advice that Tom should have followed.

Twelve minutes in Star Wars in 1977. He also enjoys one of the most memorable onscreen introductions of all time. pic.twitter.com/g7YJnSk0tB

A cappella scene from "Mulholland Drive"https://t.co/nSEUIKT9vc

Billy Crystal and Carol Kane in the Princess Bride. Possibly the funniest five minute scene in an absolutely wonderful perfect film.
I believe that @robreiner pretty much just sat back and watched the legends ad lib the entire scene. It was glorious. pic.twitter.com/pN7hqiSrbd

Frank Vincent in Goodfellas as Billy Batts, this hit job was the centerpiece moment in their downfall and the entire tone of the movie changed pic.twitter.com/krKQN5QjTY

Or in Taxi Driver pic.twitter.com/wki0lDxMTc

Jane Alexander was only on screen for five minutes in All the President's Men and garnered an Oscar nomination. pic.twitter.com/xXRkOfvU64

Mahershala in Moonlight. His absence in the film is palatable and you feel like it would have been an entirely different story if remained in it. pic.twitter.com/SSod8ew9aJ

Philip Seymour Hoffman in Almost Famous. Filmed all his scenes in one day and he had a heavy cold. Absolutely stole the movie. pic.twitter.com/eOr0RjpZHy

Shark doesn’t appear in the first hour and 21 minutes and then only has 4 minutes of screen time. pic.twitter.com/GFf5MjahVT

There’s only one answer. pic.twitter.com/RffLCDMKO3

Wes Studi stole the Last Mohican too and it’s hard to steal anything with Daniel Day Lewis in it.

I think Marilyn’s time in All About Eve would add up to less than 15. One of my all time favorite movies plus Marilyn, crushing it. pic.twitter.com/BBEmielJCr

Only in his own damn movie for 17 minutes… pic.twitter.com/UES7MuaNGI

Close call between him and Otto, but I give this dude the edge pic.twitter.com/0MwQDwNIKW

This is arguably the pound for pound champion. pic.twitter.com/kLcbTWqlbb

Not sure exactly how much screen time he had, but Gary Cole as Bill Lumbergh in "Office Space". pic.twitter.com/4fd3IE6Cg5

Gene Jones is beautiful in this scene. And so well acted. He helps build the immense monstrosity of Javier Bardem to a T pic.twitter.com/e0Iv48azQB

This is by all metrics the best example I can think of. Davis’s breakout role was a 5 minutes scene in Doubt, and those 5 minutes rocketed her career and made her a household name. Multiple nominations and awards for 5 minutes of screentime. pic.twitter.com/F1K8M38mis

Orson Welles in The Third Man. So affable, yet so chilling at the same time. And the bulk of his screen time is one scene. pic.twitter.com/eqdx3xYQj9

Let me have your attention for a moment …https://t.co/AlT2lH3KRV

"Of course. As a matter of fact, I'm there right now." pic.twitter.com/FzPLiEjU1K

For that matter, my style icon from the same film qualifies pic.twitter.com/VDrwbcfA8i

Twelve minutes, and all she wanted were her dead sister’s stolen shoes back pic.twitter.com/a9NLOlPmV5

Way back in the 90s I asked my husband why Boba Fett was so popular when he barely was even in the movies, and he said, "He had the best action figure. He had a jet pack and a cool ship."

Boy in Police Station gave her 2 years of therapy in under 15 minutes…and changed her life. pic.twitter.com/gHLbbbd7pQ