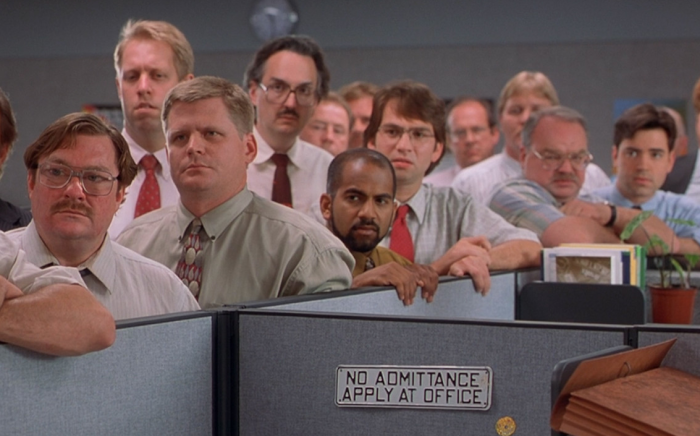 Twitter Users Are Sharing Their Most Annoying Examples of Corporate Speak

The late, great, searingly insightful comedian George Carlin, had a famous bit about euphemisms, and how a ‘softening’ of the language with their overuse ends up having a curious effect of muddying reality, coddling the user, and dulling their intellect. Language and its peculiarities and misuses was the spine running through Carlin’s work for pretty much his entire career, but one of the most succinct formulations of his euphemism theory came in his 1990 special, Parental Advisory:

In recent years, in a glaringly revealing example of intellectual shortsightedness and/or disingenuousness, the ‘alt-right’ have been trying to co-opt Carlin as one of their own, chiefly on the back of this bit, and the way they think he would approach the current culture war that they are waging on so-called ‘snowflakes’ or ‘social justice warriors’. The intellectual gymnastics required to try and paint life-long leftie, anti-imperialist, progressive Carlin as someone who would subscribe to their socially regressive, cruel agenda are formidable. For a start, it’s plainly evident from almost all of his material that Carlin almost always kicked up. He used his privilege and position to kick against the truly evil, powerful forces of the world. He did get meaner and more misanthropic the older he got and the more the world let him down—with the last few specials he did for HBO containing few laughs and many harsh, nihilistic observations—but that tendency never really left him. The alt-right’s attempted co-option is pretty hilarious if you imagine them quoting this part of the very same bit on euphemisms:

Smug, greedy, well-fed white people have invented a language to conceal their sins. It’s as simple as that. The CIA doesn’t kill anybody anymore, they neutralize people…or they depopulate the area. The government doesn’t lie, it engages in disinformation. The pentagon actually measures nuclear radiation in something they call sunshine units. Israeli murderers are called commandos. Arab commandos are called terrorists. Contra killers are called freedom fighters.

Anyway that was meant to be a short preamble to a Twitter roundup but f**k me, when I get talking about George Carlin it becomes a right runaway train like straight away. Here, this is what we were all getting to: Writer Delia Paunescu asking people for annoying examples of corporate speak—an evergreen display of language designed to soften, sand off edges, and conceal reality:

i've recently become obsessed with all the insane corporate ways we say normal things to each other.

"I’m a little confused" is by far my favorite - it's absolute rage masked as a professional pleasantry.

what are some of your best/most insufferable work gibberish phrases?

"Hope that helps!" is schrodinger's passive aggressive for "here's the info but I'm not going to draw you a goddamn map."

"Touch base" just instantly gets me in defend-against-bullshit-mode. I had to ask my mom to stop using that phrase.

"Just to clarify" = I'm gonna ask this question again, simpler this time, so you can see exactly how stupid what you're asking me to do is.

Stealing from somewhere but it’s true: “I hope this helps!”=never ask me for anything ever again

"Please Advise" always made me flip my shit. That is the way someone asks a question when they have no idea how to, or simply refuse to compose a fucking question, and I would love the opportunity to smash the keyboard of anyone who ever used that phrase in a workplace e-mail.

"Please Advise" always made me flip my shit. That is the way someone asks a question when they have no idea how to, or simply refuse to compose a fucking question, and I would love the opportunity to smash the keyboard of anyone who ever used that phrase in a workplace e-mail.

“I’m balancing a lot this week” = “Just a quick reminder that I’m not your employee.”

I have nightmares about hearing "Team, let's make sure we're all aligned."

“I’m sorry; I think my email/statement probably wasn’t clear. Hopefully this helps” = you’re either stupid or deliberately ignored what I said/asked.

“As previously discussed” = I didn’t put in writing last time because I thought you were an adult.

“Give the details to my associate.”

Read: You’re too insignificant for my time, but just important enough to waste my minion’s time.

“As discussed…..”= “Since you clearly weren’t listening I guess I’ll say it AGAIN.”

“As previously discussed” = I didn’t put in writing last time because I thought you were an adult.

"Thank you for your feedback! I'll be sure to keep it in mind!" <- your criticism is completely irrelevant if not flat out wrong and you know less on the topic than the back end of a donkey, but I have to pretend like I at least considered your opinion.

“I don’t know if this is your area…” = I don’t know who you are or what you do but can you do some of my work?

“I’m balancing a lot this week” = “Just a quick reminder that I’m not your employee.”

with the greatest respect, this is not corporate: this is British

← Pianist Realises She Prepared the Wrong Concerto and then Nails the Correct Piece Live from Memory | Rating The Super Bowl By Worst, First And Thirst →