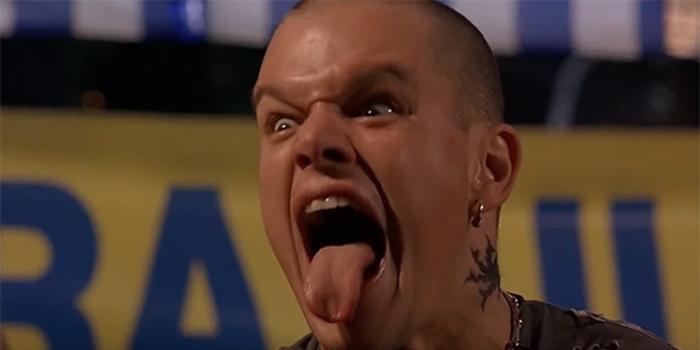 “What’s a fake song,” you might wonder. Well, in this context, Twitter user Randall Otis means any song that is written to live within the world of a movie. So a kick-ass theme song doesn’t count. This does includes songs characters sing that didn’t previously exist in our world, the jams played by fictional bands, and some unexpected ditties.

It all began with this prompt.

What’s the best fake song? Like a song that exists in the world of a show/movie but not our world

Then, Twitter users had fun with it. Enjoy the music.

Some plucked songs from musical movies, like Freaky Friday, Inside Llewyn Davis, Love Actually, Eurovision Song Contest: The Story of Fire Saga and That Thing You Do!

Yes! The whole "A Might Wind" soundtrack is awesome! (although obv. "Start Me Up" is a cover).

First and there is no close second pic.twitter.com/n0Rpojna4D

All of the Hello Peril songs from Always Be My Maybe. pic.twitter.com/RABMSgHLq7

Oh Rexy! You're so sexy!

Sing Street had its soundtrack’s praises sung by many, including from How I Met Your Mother’s Josh Radnor:

"The Riddle of the Model" from SIng Street. https://t.co/Wfova7LYsq pic.twitter.com/hgOt3b3IW9

"Drive It Like You Stole It" from Sing Street. https://t.co/cqKl4ZyLdP pic.twitter.com/pGSMGBFI7n

"Up" from Sing Street

Fans of his show shared appreciation for Robin Sparkles:

This!
Though I also have a soft spot for Two Beavers Are Better Than One.https://t.co/7c1hxoXQgD

Josie and the Pussycats deservedly got a lot of love.

The entire Josie and the Pussycats soundtrack, but especially: https://t.co/5c1bLzU2Tc https://t.co/7CtbNoC7zw

When you see a whole bunch of tweets #OnHere answering this question with songs from JOSIE AND THE PUSSYCATS a.k.a. The Best Movie Ever… https://t.co/K3vVhLp5PR pic.twitter.com/6NlhvP43Hv

“Scotty Doesn’t Know” from Eurotrip was such a popular pick that the song’s name was trending yesterday, which sparked some controversy.

Yah “Scotty Doesn’t Know” is great and all but let’s not dismiss that banger “Inside of You” from Forgetting Sarah Marshall pic.twitter.com/LDcyHueA8E

Guys … we go through this every year … "Scotty Doesn't Know" from EURO TRIP is a real song, not scripted. pic.twitter.com/ZyXaDVjktA

The fact that some of you whores think Scotty Doesn’t Know is a fake song. pic.twitter.com/EEk5igbdpT

All of the songs Rebecca Sugar has made for Adventure Time & Steven Universe have incredible melodies & gentleness. They all very much feel like jingles that the character made up on the spot, but all very earnest & true to the heart of the scenario.https://t.co/KRVFGwNifK

Don't sleep on Chip Skylark's "My Shiny Teeth and Me" or Ronnie Matthews' "I Saw Your Face and Wow" pic.twitter.com/rLTnXmZ8vx

Finally, some picks were very unexpected yet very right.

And "A Little Bit Alexis" from @SchittsCreek is just genius. pic.twitter.com/JlfyHazw6h

← 'Saved by the Bell' Review: A Charming, Funny, and Relevant Update to the '90s Sitcom | The Best Damn Music Video of All Time: 'Carry On Wayward Son' by Kansas →