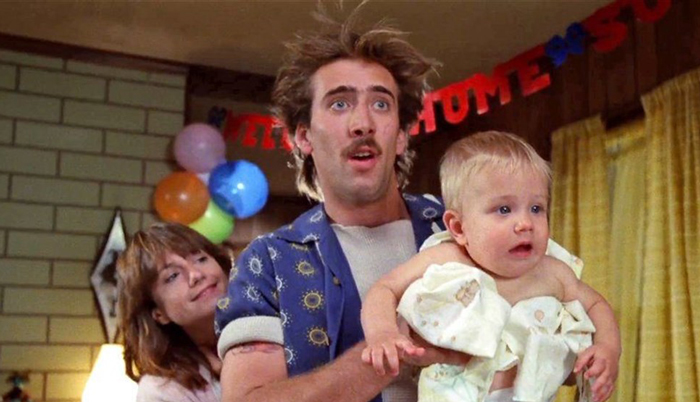 Nicolas Cage is a legend of cinema, giving performances that challenge our understanding of the craft of acting, the rattle the limits of the human heart, and that never fail to be wildly entertaining. The glory of Cage cannot be contained in one genre, so this awe-striking actor has done everything from Oscar-winning drama, to outrageous action movies, quirky comedies, swooning romances, animated adventures, and unapologetically gruesome horror. But which of his many amazing movies is the best? Twitter considered.

What is your favorite Nicolas Cage film?

Twitter users rushed to respond. The Coen Bros’Raising Arizona was a popular pick.

There are those that said Raising Arizona, and then there are people who are wrong. pic.twitter.com/eUJhgxUER5

Jon Turteltaub’s National Treasure was too!

National Treasure… I loves watchin me some of dat. Perfect for these Stressful Times

I fired this up for my college aged daughter to watch last summer & can report it still holds up.

And his teeth before the caps! pic.twitter.com/CnyfgGTynA

Others were besotted with Norman Jewison’s Moonstruck.

This is the correct answer. pic.twitter.com/POdWr4NuVd

There is only one answer pic.twitter.com/aWVTtt45B7

It’s Moonstruck and the rest of just need to pic.twitter.com/h0TSzv252W

With a wealth of wild movies to choose from, fans were spoiled for choice.

No you're not! It's gotten a lot of votes. It is one of my fave as well b/c of Cage's vocal choice.

Raising Arizona is his best film for sure. But my favourite? There can only be one. pic.twitter.com/wkiGIlnf05

Toss up between 8MM and Kiss of Death and Leaving Las Vegas pic.twitter.com/8bYQobTLuH

Con Air is perhaps the dumbest movie ever made and I love it so much.

I couldn’t believe how long I had to scroll before I saw Family Man! “Are you smacked out of your head?! I’m the richest man in the building! I have twice the square footage!”

What’s your favorite Nicolas Cage movie? Sound off in comments.