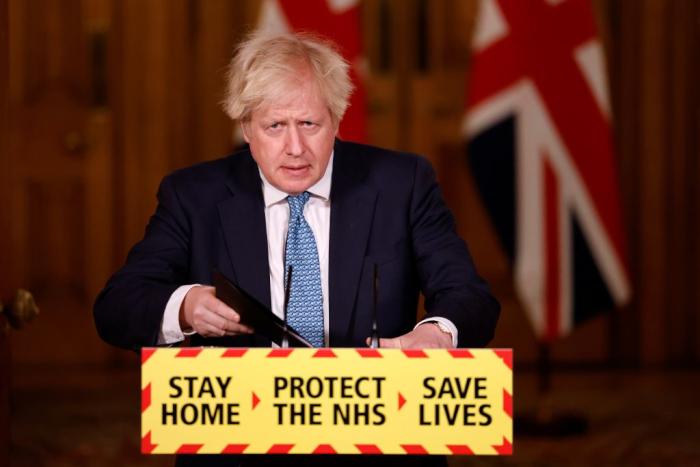 I’ve spent a not inconsiderable amount of time trying to write a piece detailing all the failings of the UK government’s coronavirus response, but every time I start getting somewhere I collapse headfirst onto my keyboard in a fit of bone-deep exhaustion and fury. The UK. An island nation. One of the wealthiest countries in the world. Top-notch scientific institutions. Had advance warning of the virus. Saw what was happening in China, and then witnessed the carnage in mainland Europe. And with all of that, the country now has one of the highest Covid death rates per capita in the world.

How do you begin to even catalogue the litany of failures that led to that? Sometimes you think, ‘Well, why bother?’ Because at what point do you stop trying to spin things and admit that the so-called ‘failures’ of a certain economic model are actually part and parcel of its nature? How else do you explain £22 billion going to a Test & Trace system that hasn’t worked? How else do you rationalise the fact that the UK has spent more on its Covid response than basically all comparable nations, and all it has to show for it is some of the worst health and economic outcomes of the lot? Or the billions and billions of public money given to private contractors with the use of special legislation that meant that no real scrutiny or competition played a part in the tendering process? Or story after story of so many of those contracts going to the friends, family members, or other connections of ruling party figures? And that’s just scratching the surface.

At what point do you stop talking about failures and start talking about corruption? About crony capitalism working exactly as it should? What’s that saying? ‘Never let a good crisis go to waste.’ What better time to funnel off unprecedentedly large amounts of public money into private pockets than during a historic pandemic? As Naomi Klein wrote in her book ‘The Shock Doctrine: The Rise of Disaster Capitalism’:

If there’s one thing that Covid-19 has revealed about economies of the ‘West’, it’s just how hollowed out the state has gotten after forty years of neoliberal economics. In places like the UK the nation state has been transformed from an entity with at least some duty of care for its citizens into an organ whose sole purpose is upwards wealth distribution on one hand and punitive punishment of its citizens on the other. It’ll steal from you, and then chastise and punish you for being poor.

So when it comes to truly disastrous coronavirus responses that have led to tens of thousands of excess deaths, at what point do you stop asking ‘How incompetent can you get?’ and start wondering ‘How indifferent, malicious, and venal can you be?’

On that note, here we have the latest scandal breaking on Twitter. People tweeting pictures of a government-supplied (well, not really: outsourced, of course) packages of food for the children of needy families, which are apparently meant to be worth £30 and last 10 days.

Then imagine we expect the children to engage in learning from home. Not to mention the parents who, at times, have to teach them who probably haven’t eaten at all so their children can…

Issued instead of £30 vouchers. I could do more with £30 to be honest. pic.twitter.com/87LGUTHXEu

Where is this being rolled out?
If families are entitled to £30 worth of food, why is there delivery only equating to just over £5?! 1 child or 3, this what they are receiving? Unacceptable https://t.co/SNblZ1wl5P

Again, why is it we have to tag @MarcusRashford before anything is done about children’s lunches! What is the point of some politicians 👀
#FreeSchoolMeals

As ever, the cruelty is the point. https://t.co/LL7QMqqznQ

Now working class families are receiving this instead of £30 food vouchers.

I am sick of #ToryCorruption. Only scum of the earth will take food from the poor & profit off them

The one thing that outsourcing social services like this does successfully is facilitate the movement (ie. theft) of public funds into private hands. That’s why the government does it. https://t.co/a3ZHHZvjUL

Far too many people in this country get more angry about some parents hypothetically spending money on “booze and fags” than the *actual fucking reality* of corporations and the government conniving to make profits from children going hungry.

I am continually shocked by the sickening nature of the Conservative Party, but this—allowing private companies to skim off food supplies meant for poor and disadvantaged children—is a new low.

As Nye Bevan once correctly said, these people are lower than vermin. https://t.co/OfHGHeLe5l

Which Tory donor was given the contract for this one? https://t.co/HyX3ev98mH

#FreeSchoolMeals On the left £30 of food. On the right what private company Chartwells have supplied having been awarded a government contract to supply for £30 free school meals.

Utterly shameful profiteering off some of the country's most disadvantaged kids! pic.twitter.com/XcmUm8qM1h

What do you call it when a private company gets a public contract to deliver £30 worth of food to vulnerable children and they instead spend £5 on the food and keep £25 as profit for themselves? Corona-Capitalism.

Chartwells is a part of the Compass Group, the chairman of which is Paul Walsh. Paul Walsh was on David Cameron’s business advisory group and is a big game Hunter and Tory Donor. pic.twitter.com/fl73xho1HK

The disgusting food parcel robbers are Chartwells, part of Compass Group. One of the top tory donors. CEO is bezzies with David Cameron. Pass it on. pic.twitter.com/mkRYpZSvgr

Thank you for bringing this to our attention, this does not reflect the specification of one of our hampers. Please can you DM us the details of the school that your child attends and we will investigate immediately.

With all due respect, this isn’t the only photo in circulation. Perhaps you could clarify the situation by posting a pic of what your food parcels -should- look like? Because I’ve had hundreds of pics that look just like this one. Over to you.

And some of those pics have been sent by people saying they are your own employees, FYI. And no I’m not giving you their details. Some of them say they have been furloughed and are receiving these themselves so can vouch for the accuracy of this. Do you dispute this?

There are two explanations for this:

2. Covert corruption: state procurement is so ineffective that the public gets charged £30 for something worth £5. https://t.co/FaMzK6R7R7

I want to write about this but honestly I am just staring at my screen screaming inside. Billions, literally billions, doled out to unqualified connected friends of friends of people in power, while those with no connections or perceived value are literally left to starve. 😡

Hi all. I’ve been sent LOTS of photos of the food parcels that have replaced the £30 vouchers and asked what I would do with them. I’m replying with advice privately because to do so publicly would look like justifying these ill thought through, offensively meagre scraps /1.

at the core of all of their work. Nothing about us without us. Ask people what their needs are, respond accordingly. Don’t be a Marie Antoinette or worse, a sneering Scrooge. People in difficult situations are PEOPLE, no less ‘deserving’ of a good meal than anyone else. /3

Here’s another one of my £20 shops recently. pic.twitter.com/1SgW2SGZ2y

And the media adored me when I was a single mum making 9p burgers. But when I started asking WHY people needed 9p recipes they turned on me and have ripped me to shreds ever since. But I’m not going to stop asking. Not as long as people still tell me ‘I’m not alright, Jack.’ 😡 pic.twitter.com/UdxbxXTbiV

I’m getting individual permission from everyone sending me pics of their food boxes in my DMs to repost them here but without identifying information because I try to be responsible with this large platform and there are ~children~ involved here.

And another one. Two slices of clingfilmed ham. Half a piece of fruit and a fifth of a can of beans a day?!!!! Again compare to the DofE legislation on free school meals. #BringBackTheVouchers #ENDCHILDFOODPOVERTY pic.twitter.com/dzOhkps5Pt

Blackheath. Chartwells again. For a five year old for a week. Lettuce has basically no calories, it’s crunchy water fgs, what are they thinking?! Compare and contrast to the Dept of Educations own FSM legislation on food standards and provision for free school meals. pic.twitter.com/2AXnxrHxom

And another one. Again school staff dipping in their own pockets to plug the free school meals gaps. #BringBackTheVouchers #ENDCHILDFOODPOVERTY pic.twitter.com/S5sNVrjvPd

In just the period 2010-2017, since the Tories have been in power, first in a coalition with the spineless, complicit Liberal Democrats and since 2015 on their own, the use of food banks across the UK has increased from 41,000 to 1.2 million.

In the years since, and especially during the pandemic, this has only gotten worse. In just the six months preceding September 2020, a record 1.2 million emergency parcels were handed out to needy people.

← Movie / TV News Round Up: Controversy Over 'The Whale,' 'Being The Ricardos,' And 'Sex And The City' Comeback | Bill Burr Is Now The Only Life Coach Worth Listening To →