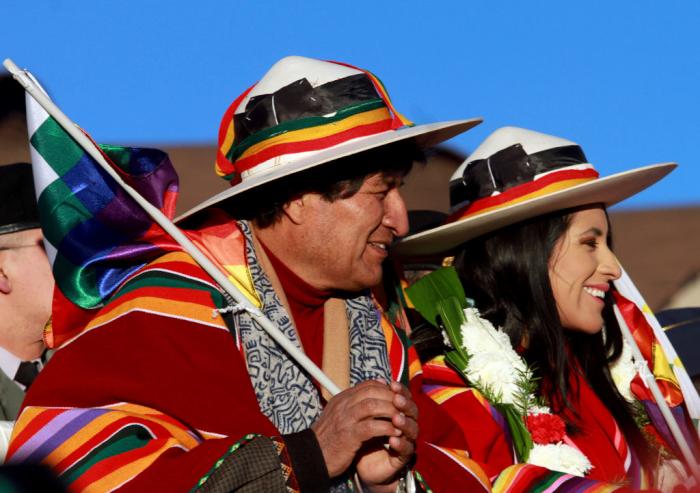 Stop me if you’ve heard this one before.

1. A South American nation, previously in thrall to a vicious, right-wing, US puppet administration, elects a left-wing, progressive, (often indigenous) President, who swiftly brings millions out of poverty and begins to restructure society among more egalitarian lines and move it away from centuries of oligarchical, white supremacist, US-aligned control.

2. A right-wing coup, often with the complicity of the country’s army and almost always with the backing of the CIA, ousts the democratically elected President and their administration and takes power by violent means and begins a rapid and bloody restoration of the old colonial status quo.

3. Having spent considerable energy de-legitimising and smearing the now ousted progressive administration during its time in office, ‘left-wing’ and ‘liberal’ Western media outlets continue to act as unofficial press spokespeople of the US empire and refuse to call the coup a coup.

This Monday morning was a depressing one indeed, as news came in that Evo Morales—the left-wing, first indigenous President of Bolivia who has done so much to transform the country in the face of immense reactionary pressure since Latin America’s progressive ‘pink tide’ of the 2000s—had been forced to resign by a violent US-backed coup after right wing protests sought to destabilise the country following the recent Presidential election which returned Morales to power and huge pro-Morales rallies showed tremendous popular support for the President. The mainstream media performed its predictable duty. At least social media—hellhole that it is—provides some sane commentary in times like this.

Unbelievable treatment of a coup. Moments like this are a reminder that U.S. liberalism has always defended (at times explicitly, at other times implicitly) U.S. empire and its military and right-wing allies around the world. https://t.co/yCUpXnI0Dr

There's a word for the President of a country being pushed out by the military. It’s called a coup.

To see @evoespueblo who, along with a powerful movement, has brought so much social progress forced from office by the military is appalling.

I condemn this coup against the Bolivian people and stand with them for democracy, social justice and independence. #ElMundoConEvo

Masked armed men are rounding up Bolivian leftists. They are burning Wiphala indigenous flags. The military is ripping those flags from their uniforms. The settler oligarchy is ramping up its revanchist violence. This is a lesson Indigenous socialists must heed. We are targets.

Evo Morales @evoespueblo stands consistently with Palestine. We stand with Evo - and the Bolivian people - against this US-backed coup. #ElMundoConEvo pic.twitter.com/gl012E4Mf6

Media are consciously deciding not to use the word "coup" for the army forcing Bolivia's President Evo Morales to resign. Why? Because they've dreamed of this day for over a decade. pic.twitter.com/Q5R2fJoNC8

What’s happening in Bolivia has an unprecedented significance to human civilization, and it alludes to a bleak future of climate breakdown, signified by imperial states hoarding rare minerals, which will - unfortunately- come in decades, if we don’t turn the tide.

The US backed a coup in Bolivia to re-immiserate its population and steal its lithium deposits, pass it on pic.twitter.com/imA7C45lZs

They are spreading propaganda in English, their account names are often @ namenumbers, and they were created in November

Here is long chapter from The Racket on how the US tried to destroy Evo Morales and democratic socialism in Bolivia from the get-go.

Every bit of the machinery of the US empire was utilised. But Evo and the Bolivian ppl won. Until now at least.https://t.co/2IIt4ikUPO pic.twitter.com/yQSQAV7I0Z

Witnessing an imperialist coup in Bolivia unfold in real time while much of the left in the West is unable to even acknowledge the reality of the US Empire existing, let alone understand it as something to be fundamentally opposed is depressing.

It's been barely 6 hours since the army forced Bolivia's Evo Morales to resign in a coup, and already the stories of rounding up of political opponents, torture and more are coming through. This is the brutal nature of Latin America, where fascism runs deep through its open veins https://t.co/O6LgzOD69h

you spelled "deposed by a military coup" wrong https://t.co/vaniVaS30r