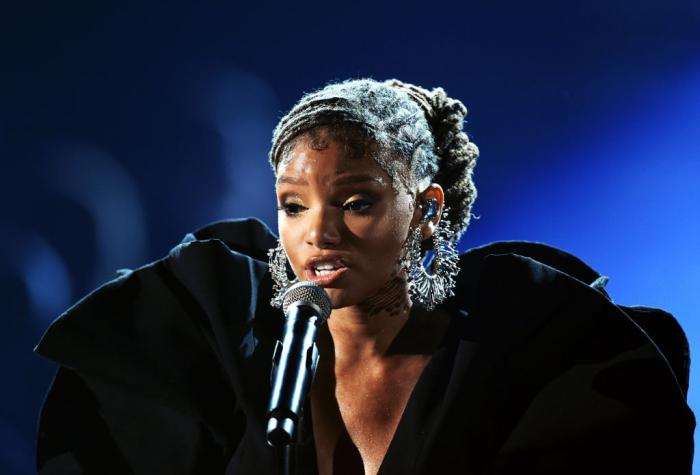 So yesterday, Disney (ALL HAIL THE MOUSE!) announced the lead for their upcoming live-action version of The Little Mermaid: 19-year old American singer Halle Bailey. Here she is rocking a Les Paul: 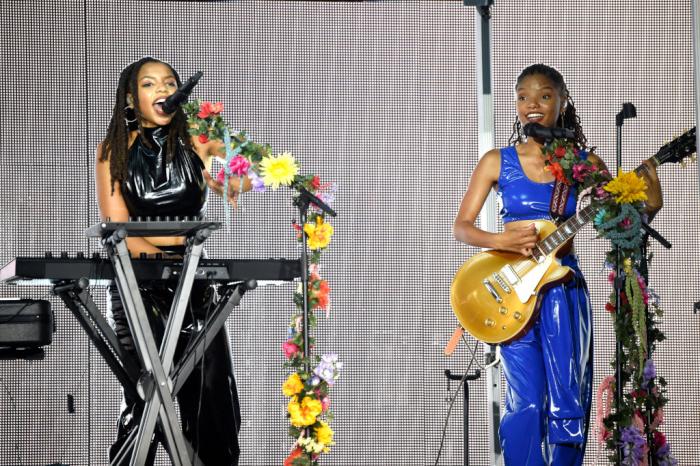 Now, I’ve never seen The Little Mermaid—because I haven’t seen most classic Disney movies because even as a kid I was a contrarian little grouchweasel—but I have seen pictures of the diminutive fish-woman, and Ms Bailey looks like a great damn fit!

Except. Except. Not everybody will feel the same way, will they? You know why. You know why. You notice something about Bailey? And do you hear that sound, coming over the horizon? Like decade-old crusted-on Cheetos crumbs being swept off a keyboard with a righteous fury!

Gaze upon the majesty:

Us white girls, who grew up with The Little Mermaid, deserved a true-to-color Ariel. Disney, you made a huge mistake by hiring Halle Bailey. This is going in the TRASH. pic.twitter.com/Oz1AxU7Ccy

And here it is, preserved forever in posterity like as if in some Smithsonian Of Shite: 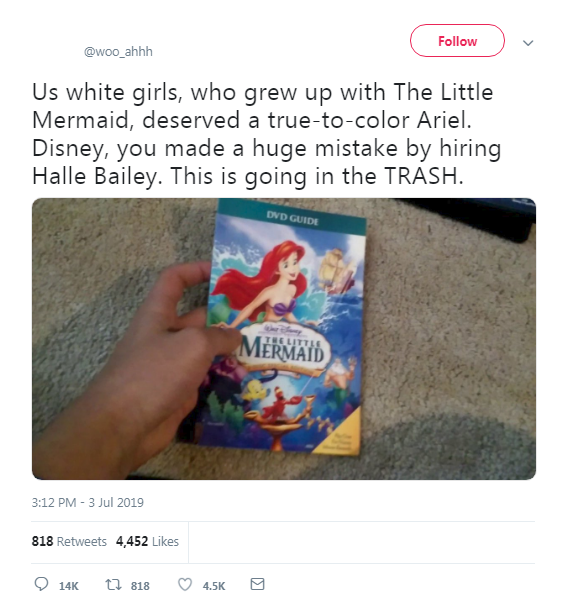 Okay, firstly, a little spiel if I may.

It’s of course great that Disney is finally responding to public pressure and increasing the diversity of its acting pool. Because diversity and representation matter. There is however a case to be made for the argument that concessions like this are merely stale crumbs from the table. That megalithic corporations by their very nature choke progress, and any concessions they make to oppressed minorities or any overtures they make to a more just world are simply smokescreens: ways for them to continue to dictate the terms of debate and to ensure that whatever progress does happen is minor and doesn’t actually threaten the status quo from which they benefit so handsomely. ‘More woman prison guards’, ‘more rainbow coloured police floats at Pride’, etc. You might not be surprised to hear that I happen to hold this view. That’s not to say that greater diversity in storytelling is not just belated but overdue like a privatized British train—and that it should just be how things are anyway! It’s just that we can’t ignore the role that these giant corporations, like Disney, have had in crafting that very status quo that we are trying to overturn in the first place.

There’s yet further (fun fun fun!) debate to be had about the suffocating role monopolistic megacorporations whose trade is storytelling (again, like Disney) have on our and our children’s collective unconsciousness. Because you only get to grow up once. Those connections and associations that you make in your youth, those experiences that inculcate values and perspectives—all that only happens the one time, and it all gets baked in, hard. And values and perspectives—whether overt or subtle—are present in every work of art, especially in something so rich as movies. And Disney is not some neutral party. It is one of the tentpoles of modern capitalism, a huge player, and works created under its umbrella will inevitably reflect it—some to a greater and others to a lesser degree, of course.

There’s a reason nostalgia is such a powerful industry. The whiff of youth—that golden glow of innocence and endless possibility that imbues childhood—gets attached to properties you consume when you’re at that age, and it gets attached forever, and it only needs the slightest prompting to trigger a tidal wave of those feelings. As an example: I was walking home from the pub earlier in the week, a little bit tipsy, listening to music in my earphones, when by chance I thought to listen to the theme from the original Tomb Raider. You know the one. That one with the delicious, somewhat plaintive and ethereal harp, evocative of mysterious adventures to come. I popped it on, and within three seconds was completely swept away on a tide of emotion. Joy and nostalgia and melancholy and longing all came rushing through me in an instant. That’s because the now-defunct developer of the game, Core Design—and composer Nathan McCree—owns a part of my soul. Forever. I’m never gonna be able to get that back, or shift that particular feeling onto anything else. Even when I’m a senile old man (at like 60 probably, all things considered) and my faculties are failing me—like I’ve forgotten how to shit and everything—even then if I hear those opening notes it’ll likely still have the same potent effect, of remembering when life was simple and easy. And I didn’t sign up for that! I was 8 years old. I just wanted to play a thing with the jumping and the shooting. I didn’t know that at that age memories and emotions were ferociously hardcoding themselves into the deepest fibres of my being, and from something so innocuous as in this case a 3-minute harp instrumental (because again, movies are a whole different story). And that’s exactly how it is for so much culture you consume as a child. Like life’s own Terms & Conditions that nobody fucking reads.

That all out of the way, let’s laugh at this daft racist wanksponge.

She's a mermaid Becky, they don't really exist, unlike your racism.

Hi, Becky? According to Hans Christian Andersen, the original Little Mermaid should be….

god this is gonna be such a great fucking ratio

Watch one of the thousands of movies that have a full white cast instead. Halle Bailey remains unbothered and more successful than you'll ever be 😚pic.twitter.com/Srnk5LXKYM

oh word? u gonna throw out a dvd you already purchased? damn i hope hope disney pulls through this

Or be overjoyed to see Ariel look like her. That representation doesn’t matter.

it's a fish, you need to take several seats 🤡

White girls calling the cops over a movie in 3…2…1… pic.twitter.com/QYZOR9wsLz

"I'm going to throw out the thing I already paid you money for AND THAT WILL TEACH YOU A LESSON, MULTI-BILLION DOLLAR COMPANY" - Becky

I bet if you bought a dozen of those and threw them all away they’d *really* be sorry.

It might just be a bot, or a dude using fake info and firing off a racist flare that he knows will get attention from all corners.

This viral tweet complaining about the Little Mermaid casting being racist has a profile pic stolen from an Instagram model. The “half black best friend” pic is taken from god knows where, but shows up in a bunch of Pinterest BFF roundups pic.twitter.com/aYMwKf1XNl

thats not even your handhttps://t.co/Zlq0SG4IN3

But also also/ Maybe Disney themselves are responsible for that tweet. They know how to play this game. Trust no one. Overthrow capitalism.

← A Pair Of Musical Playlists For Your 2019 July Fourth Celebration | Streaming Guide: What's New On Netflix, Amazon and Hulu July 2019 →