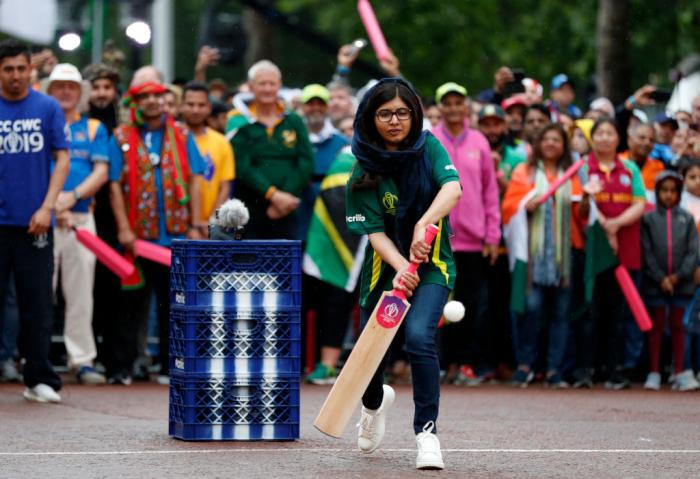 You know how there’s certain people who, if you ever met, you’d just be at a complete loss for what to say, simply from the sheer paralysing awe of being in their presence, and fear of saying something so stupid or wrong that it caused a bubble of pure W R O N G to manifest and percolate through the fabric of the universe?

Imagine this absolute NOBODY telling Malala Yousafzai, the youngest Nobel Prize laureate who was shot in the head by the Taliban, that she must remove a symbol of her culture & religion, to “teach in Quebec”. Get fucked, she has a million better opportunities, she’s MALALA. https://t.co/mntlD638IE

Actually, in civilized countries, people aren’t required by their government to forget their faith for the 8 hours they’re at work.

Malala literally got shot while defending her right to education.

You think a musty ass white man saying “no” unless she removes her headscarf is going to stop her? https://t.co/0hvEHuR5MQ

Now, she's told she wouldn't be able to educate in Quebec because she's visibly religious

Why can't the state and the patriarchy just stop policing women's minds and bodies? https://t.co/r1CHctNAFQ

You can’t make this up, Malala was shot in the head for trying to receive an education, created an org to advance girls education around the world only for a white man in a suit to mansplain to her, her rights. https://t.co/szDQP7jMEV

They would be so lucky @Malala! Carry on girl, your light shines too bright for these small minds! https://t.co/ZiaopTVafx

Education minister says Malala Yousafzai is welcome to teach in Quebec, but needs to take off her headscarf.

I sincerely mean this when I say y'all elected a bunch of complete dickhead racists in Quebec, and this is coming from somebody who lives in Doug Ford's Ontario
https://t.co/B14A0ZWPKl

Women - let’s treat men the way they treat us! pic.twitter.com/HDf0Gp5GZd

Honestly, I wish politicians would stop using Muslim women as props in their photos. They want the “oh, look - I got a pic with Malala!” cool factor but don’t want to actually listen to her or women like her on what they actually need.