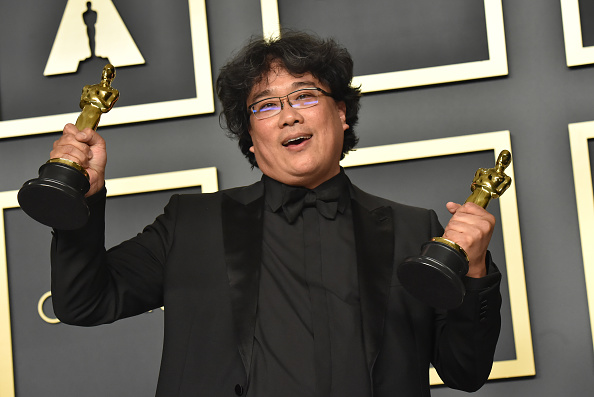 Holy sh*t. I can’t remember the last time I woke up to good news. The best picture actually won Best Picture. In some ways it’s quite telling how far into this late-capitalist hellhole we’ve all sunk that a picture so incandescently searing in its indictment of the rotten system that is consuming our lives and our planet can triumph at a gilded ceremony hosted in the heart of an empire built on the back of that system but that doesn’t change the fact that this is a historic, belated, much deserved win. I saw Parasite quite some time ago, and I haven’t really stopped thinking about it since. This moment right here is something to savour.

Four years ago I wrote a list on this here site that covered what I considered to be the best entries in the new wave of post-2000’s crime flicks coming out of South Korea. I opened the write-up for the number one entry with the following paragraph:

Here’s the thing about Memories of Murder (Salinui chueok): it’s almost too good. I had to put it at the end of this otherwise chronological list because if I had gushed as much as I’m about to gush over it at the start, you wouldn’t still be reading right now, you’d be finding the nearest towel to wipe all of my raw gush off you.

That is how I felt after my viewing of Parasite, and if I’d actually had time to write about films over the past year, a gushsplosion is exactly what I’d have delivered. Right now, a Twitter round-up of the reactions to its win last night will have to do.

Parasite just became the first non-English language movie to win best picture at the #Oscars. And Bong Joon-ho is the first South Korean to be named best director. pic.twitter.com/8VGzGspjrG

Wrote this in a blur, but I hope it conveys some sense of my utter euphoria:https://t.co/dPre7fkfOG

Guess the #Oscars aren't so "local" anymore.😉
Warmest, deepest congratulations to #Parasite, the first film not in the English language to ever win Best Picture. Truly historic.🇰🇷🇺🇸https://t.co/rQEcr7hf4k

I BELIEVE that this means that Bong Joon-Ho ties Walt Disney by winning four Oscars in a single night.

bong joon-ho making everyone who worked on parasite stand up so people could applaud them.. UNSTOPPABLE DAD ENERGY

A shot for our man, Bong Joon Ho! #BongHive pic.twitter.com/dmaG4PFxVt

Parasite is the first Palme d’Or winner to win Best Picture since Marty!

the Oscars are good now pic.twitter.com/YMknJ6bcMk

bong joon ho admiring his oscar is literally the most wholesome thing ever 🥺 #Oscars pic.twitter.com/rnaEFikdyz

Just talked to Choi Woo Shik from PARASITE at the Governors Ball and asked him what he thought was the most surreal thing about the Best Picture win. He said it was Song Kang Ho crying in reaction to it. “It’s really hard to catch Mr. Song crying.”

At least this time around, Marty lost to a fellow master pic.twitter.com/7xE1I1gHd5

No seriously, how is Parasite the FIRST South Korean film to ever be nominated for Best International Film, let alone the first winner?! #oscars

Bong Joon Ho is doing literally everything I would do if I were ever invited to the Oscars #Oscars #Parasite #BongJoonHo #BongHive pic.twitter.com/BRrirE11zg

friendly reminder that bong joon ho said "americans learn to read" numerous times and i respect him SO MUCH for that #Bonghive pic.twitter.com/kpx2GH2Psf

BONG BEAT THE ONE-TAKE MOVIE THIS IS AN ABSOLUTELY UNBELIEVABLE ALL-TIMER OF AN UPSET AND I AM ECSTATIC#BONGHIVE #PARASITE #BESTDIRECTOR #OSCARS pic.twitter.com/txQNOnHYjt

#BongHive is so powerful someone in the next row at the Oscars is explaining the plot to Bong Joon Ho’s MOTHER to their seat mate (go watch MOTHER) https://t.co/ptIWebrrLr

Among the very best #Oscars moment ever:

"The most personal is the most creative," Bong Joon-ho quoting Martin Scorsese as translated by Sharon Choi. #Bonghive

I grew up on Bong Joon Ho’s movies — The Host, Memories of a Murderer, etc — and I just watched him receive an Oscar for best director. An absolutely amazing day to be Korean #BongHive

Congratulations to the entire Parasite family. What a beautiful, historic moment for the best film of the year. @ParasiteMovie @neonrated #bonghive

The PARASITE win is a triumph for Asian-Americans in the sense that most non-Asian-Americans think Asian culture is monolithic. But no American studio would have bankrolled PARASITE w/Bong and his cast in this form. It's great, of course it is, but I'm feeling introspective.

Love seeing these posts praising the movie “Parasite,” from the same people who can’t seem to comprehend Bernie Sanders’ critique of capitalism. #Oscars

Standing with Parasite crew, I got congratulated A LOT. Lol.