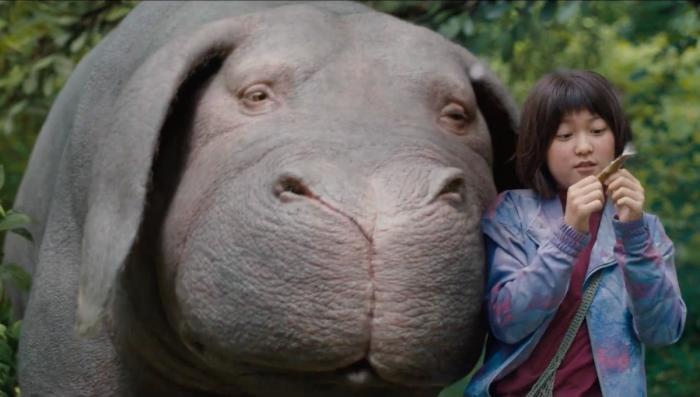 In 2019, America has had more mass shootings than days in the year. So what possible reasons could gun advocates have to keep the conversation away from banning assault weapons? Feral hogs. You may have seen Twitter going wild about 30-50 feral hogs yesterday. Here’s why.

It all began when musician Jason Isbell took to Twitter to speak out against access to assault weapons. In response, @WillieMcNabb, who describes himself as “Husband / Father / Christian / Libertarian / @WCU Alum / & Fan of Pearl Jam & Red Sox”, offered a counter-argument that was unique to say the least. 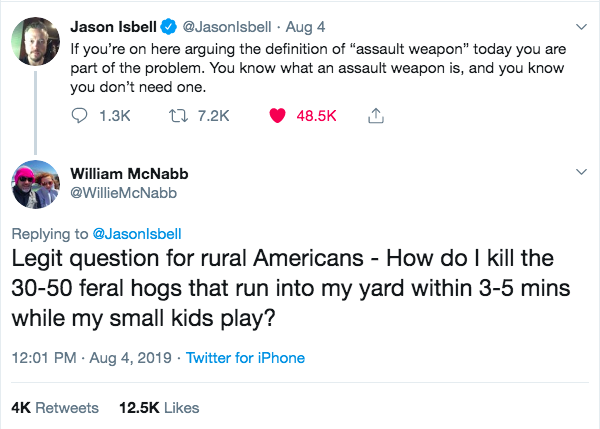 You might think this is a dumb argument. You would not be alone. But @WillieMcNabb stood by his guns.

Why would I spend over 20k on a fence (without taking into consideration of how to cross a swamp) when I can legally own a weapon at fraction of cost to protect my family?

They make fencing called hog wire fence. You should try it. Keeps the kids in and hogs out. I put up 8 acres of it, by myself, at 52. pic.twitter.com/dwnImbV5lX

Twitter had thoughts on his predicament of 30-50 feral hogs far beyond fencing.

Legit question for rural Americans - How do I kill the 30-50 feral hogs that run into my yard within 3-5 mins while my small kids play? pic.twitter.com/rHi8XVVX9w

Artist’s impression of my yard within 3-5 minutes while my small kids play #feralhogs pic.twitter.com/xOchpP0XoZ

being accosted by 30-50 feral hogs, what do? pic.twitter.com/UHD1fZSYs6

when you see 30-50 feral hogs in the yard pic.twitter.com/R5quClFARu

🎶 Five hundred twenty-five thousand six hundred and 30-50 feral hogs
How do you measure, measure a yard 🎶

You don't need a gun; you need 30-50 friends to gently massage the hogs https://t.co/St5HIvdPjU

All the memes came to play.

#feralhogs when they see a yard of unsupervised children pic.twitter.com/4p39VfhgTO

“With the growing threat of 30-50 feral hogs, I for one, welcome our new hog overlords!” pic.twitter.com/OkgtABHBiK

I have shot
the hogs
that were in
the yard

and which
you were probably
saving
for breakfast

Forgive me
they were feral
so numbered
30 to 50

me watching 30-50 feral hogs pull up in the yard pic.twitter.com/x1SDehPgRK

And then we transcended.

← Afton Williamson Identifies Her Sexual Harasser on the Set of ABC's 'The Rookie' | Morning Briefing: The NYTimes, Fox News, And Reassessing Beto →