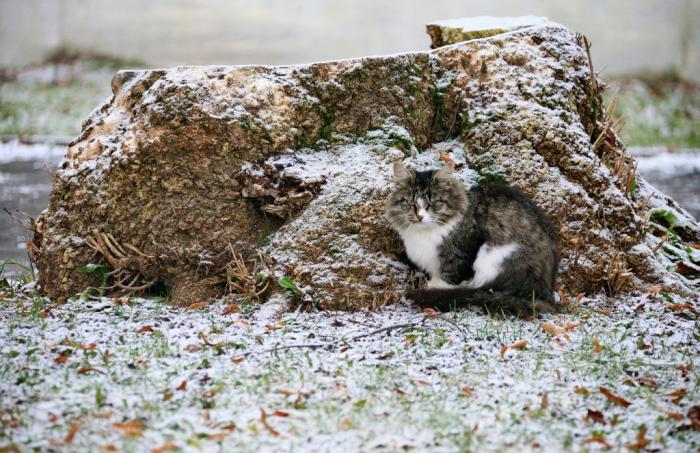 This is the Most Evil Cat I Have Ever Seen. And That's Saying Something

Here he is on the—as he sees it—limitations and hypocrisies of Cinema Verité:

There are deeper strata of truth in cinema, and there is such a thing as poetic, ecstatic truth. It is mysterious and elusive, and can be reached only through fabrication and imagination and stylization.

Here he is on the great actor Klaus Kinski, with whom he shared both a fruitful creative partnership as well as a mutual, murderous animosity:

Incredible. I didn’t know how to calm him down, and then I had an inspiration. I went to my hut, where, for months I had hidden a piece of chocolate. We would almost have killed one another for something like that. I went back to him, going right into his face and ate the chocolate. All of a sudden he was quiet. This was utterly beyond him.

And that’s not even counting the unlikely The Mandalorian star’s most recent opinions on Jon Favreau and Star Wars. They are an absolute treat.

But my favourite ‘Herzog on…’ quote will likely forever remain Herzog on…well, chickens:

Look into the eyes of a chicken and you will see real stupidity. It is a kind of bottomless stupidity, a fiendish stupidity. They are the most horrifying, cannibalistic and nightmarish creatures in the world.

(Click through for full size, although even this truncated version tells the story)

Evacuate that angel of a dog post-haste!

← Twitter Reacts To Kanye West's New Shoe Design | Wage Disputes Shouldn't Be a Goddamn Race to the Bottom, Stop Doing the Ruling Class' Job For Them →