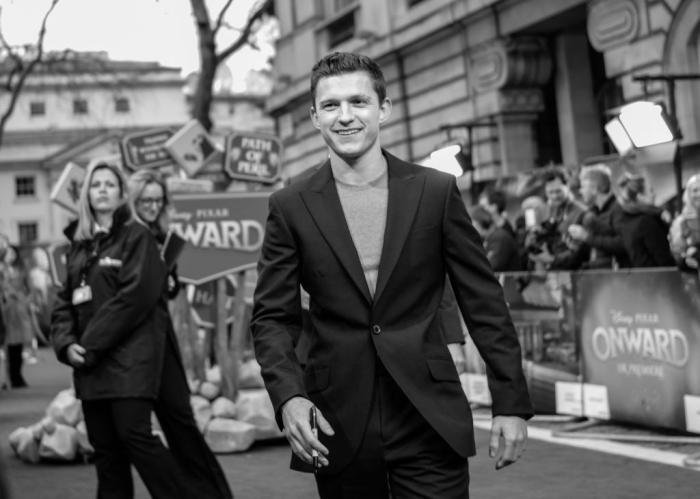 And Now Let's Play a Game of 'Guess How Good a Movie This Will Be, On a Scale of 'Holland' to 'Wahlberg'!'

The Uncharted series of games is one of Sony’s most prized IPs. Developed by superstar studio Naughty Dog, the saga started out on the PlayStation 3 with 2007’s Uncharted: Drake’s Fortune. It was a graphically lush yet fairly rote third-person action adventure/platforming game which saw players assume the role of treasure hunter Nathan Drake—supposed descendant of Sir Francis Drake—as he cut a swath through endless jungle, like so many of his illustrious profession before him, in search of El Dorado. Aside from the visuals the highlights of Uncharted were its cinematic aspirations. Starting with Drake (Nolan North) himself—a charming and rogue-ish Indiana Jones-alike—and extending to the rest of the writing, acting, and direction, Naughty Dog put a lot of work into creating a game with Hollywood level production quality. That quality has only increased as the games have progressed. The series took a quantum leap with the first sequel, refining its approach further while expanding its scope in the third game, and in 2016 things reached their apotheosis on the PlayStation 4, with the final entry in the main series, Uncharted 4: A Thief’s End, which managed to tell a truly mature, heartfelt, yet exciting and bombastic tale. There are limitations to how the games’ approach to storytelling meshes with the gameplay of the series—something I touched on in my review of Naughty Dog’s other big budget property—but there’s no doubt that when it comes to cinematic spectacle, the Uncharted games are almost as good as it gets in the medium.

One of the very best parts—in fact probably the best part—of the series is the cast of characters who accompany Nathan Drake on his adventures. The games are adeptly written, witty and warm, and nowhere is this more evident than in the two people who appear in every one of Drake’s stories: Elena Fisher (Emily Rose) and Victor ‘Sully’ Sullivan (Richard McGonagle). The series features a healthy number of memorable personalities throughout, but Elena and Sully are as much the backbone of the story as Drake himself. Elena is a journalist with a razor sharp wit and rock solid moral compass, while Sully is Drake’s long time partner in crime and father figure; the archetypal moustachioed cigar-chomping rogue of slightly more mature vintage who you might hear saying ‘That’s a bit too much for me, kid. You take care of this and I’ll make sure the place is running when you get back!’ Sully doesn’t shy away from a scrap, and he taught Drake everything he knows, but he’s also wisely aware of his limitations. He is the epitome of avuncular charm.

Despite—or probably actually because of—the fact that the Uncharted games are in many ways pretty much movies already, there has been talk of a film version for quite some time. Names have been attached and then dismissed, both behind the camera and in front of it. For the longest time it seemed like Nathan Fillion was going to play Drake. This was something that excited a lot of fans, and—considering how much of the Malcolm Reynolds DNA runs through the Uncharted hero—it made a lot of sense. There was even a live action fan film made with Fillion inserted. With time ticking on and the film still not seeing the light of day, however, the Fillion/Drake connection made less and less sense. Firefly-era Fillion would’ve been a great fit. Now, not so much. No disrespect meant, of course. It just wouldn’t look quite right, unless the movie’s story turned out to be some some sort of flash forward to Drake’s slightly later years.

As it turns out, the past few years have seen news coming out that have confirmed the opposite: The Uncharted movie—now fully happening, we swear, you guys—would actually be a prequel. There have been complaints among sections of the fandom about this choice—beause that’s what fandoms do—with some people preferring to see the iconic, ‘current’ version of Drake, rather than a younger iteration. Me, I don’t mind the choice. Some of the most memorable parts of the series are flashbacks. There is a sequence in Uncharted 2: Among Thieves, in which you play a teenaged street urchin version Drake during his first ever encounter with Sully. It’s great. Uncharted 4 bases much of its narrative around extended flashbacks to Drake’s wayward youth and his time in an orphanage. It’s even better. Both give great insight into what drives the man we’ve come to know so well, and how the boy would develop into him. So, in principle, I don’t mind the choice for the Uncharted film to be a prequel. It could work. It would certainly be more interesting than rehashing the plot of one or more of the games that might otherwise happen with a ‘current’ Drake story.

Obviously, whether it all works or not depends on the writer, director, and cast too, among other things. The director, Ruben Fleischer—of Zombieland and Venom fame—is no guarantee of great success. The writers, Matt Holloway and Art Marcum, have been involved with stuff like Iron Man, Men in Black: International, and Transformers: The Last Knight. So no comment there. It’s the cast that has provided the most fuel for imagination, with two of the main players announcing themselves and the looks for their characters on social media recently. They make for a fun rollercoaster of ‘Oh, this looks like quite a good choice actually, maybe this movie knows what it’s doin-… Oh, wait, never mind, what the hell were they thinking?’

Now, there’s no reason to think this film will break the sacred tradition of terrible movie videogame adaptations, but at least Holland genuinely looks the part. The posh young lad has plenty of charm and having now seen him in Drake’s iconic outfit I could see it working. Mark Wahlberg as Victor ‘Sully’ Sullivan, on the other hand, is the most braindead casting choice I’ve seen in a while. Sully’s defining feature is his warmth. He is a thief and a scoundrel, yes, but one with—to pardon another cliche—a heart of absolute gold. Mark Wahlberg is a meathead barely-actor whose defining feature is his love of racist assault. I dunno who made the decision, but it doesn’t give me much confidence in the project to think that Dignam is the one chosen to play this man:

← The FYC Campaign For 'Borat 2's Maria Bakalova Has Begun On Twitter | From Star Wars to Marvel: Oscar Isaac Could Be Playing Moon Knight in Disney+ Series →