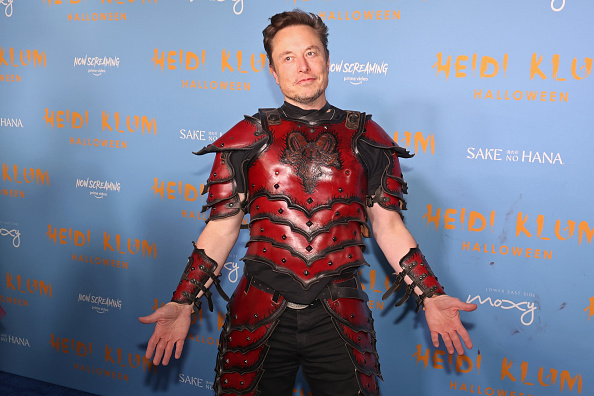 The Consequences of Elon Musk's Failure

I’ve been on Twitter — using the site’s media account — for 12 or 13 years now, and genuinely, I’ve never had more fun on the service than I have in the last week, save for about 6 hours after the Access Hollywood tape broke in 2016. For Twitter, it’s been the perfect confluence of events: Republican pundits have been railing all week, blaming Trump for the party’s failures; there is another crypto crash; and King of the Crypto Bros, Elon Musk, repeatedly falls on his face as he attempts to quickly turn a profit on the social network. Everything has failed, especially his Twitter Blue subscription plan, which has led to untold humiliations for Musk and the loss of millions of dollars from advertisers which may never return to the site. Elon Musk not only paid $44 billion to get dunked on repeatedly, but the thing he paid for also keeps fact-checking him. 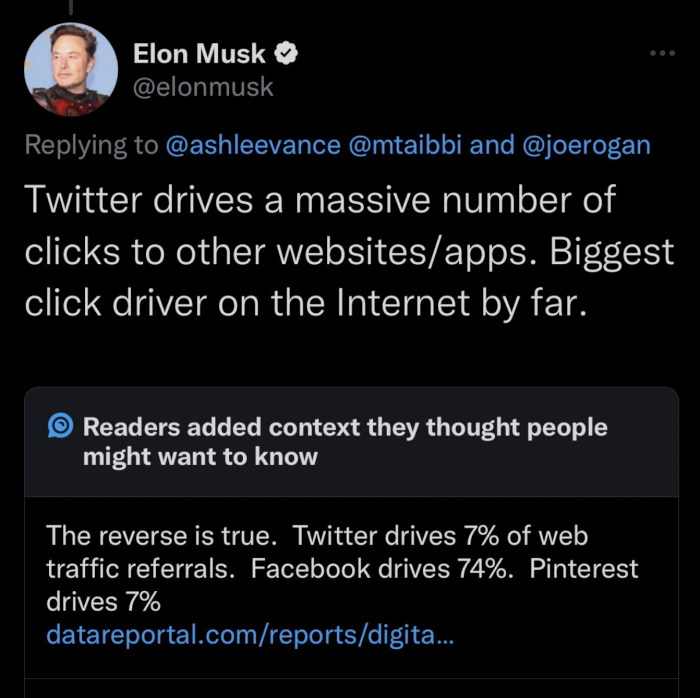 When Musk decided to buy Twitter, he may have had some half-formed thoughts about what he wanted to do with it — “free speech” — but he hasn’t allowed himself any time to make well-considered strategic decisions. He’s throwing sh*t at the wall because he has to. Publicly-owned Twitter had the luxury of not needing to make a profit every year; privately owned-Twitter is saddled with debt for which Elon Musk is personally on the hook, and he’s already had to sell $4 billion in Tesla stock to keep the place afloat, which is not great because the value of Tesla stock has already fallen 51 percent this year. The world’s richest man basically has debt collectors harassing him now.

The need to earn a quick profit has, in turn, forced Musk to make a number of hasty, unwise decisions that have put the social network in peril beyond the threat posed by a bunch of people who dislike Elon abandoning the site (right now, if you don’t like Elon, Twitter is the best place to be). He’s laid off over half of Twitter’s employees, forced the other half to return to work in the office, and over the weekend, he fired another 5,000 contractors responsible for content moderation and battling misinformation.

It’s a bad combination to go along with the rise of hate speech and racial slurs on the site since Musk took over. There is virtually no communications office, and things are so bad right now that when a fake blue check parody of Eli Lilly cost the real company potentially millions of dollars in reputational damage, it took Twitter hours to take down the Tweet. Hours. (Eli Lilly has since taken its advertising budget elsewhere). Things are so bad with advertisers that Elon Musk has apparently resorted to this:

This is a smart move by SpaceX. I for one am open to being persuaded to switch vendor for my space launch needs.


It’s unclear what any of this means for the future of Twitter, except that those who remain will have to wade through a lot more hate speech to find the Elon Musk insults and deal with a lot more misinformation and disinformation. It’s already gotten to the point where I will double-check elsewhere before I believe anything I see on Twitter. To wit: I did verify to make sure that this is an actual headline in an actual major publication. It is.

*dorkass loser voice* "my mom says you all need to be nice to me" pic.twitter.com/LcDUzdWERk


My Facebook friends may have happier and more fulfilling lives, but my Twitter friends know everything hours before my Facebook friends do! If Twitter goes under, it may better humanity in some respects — maybe there will be less toxicity — but it will also be to the detriment of millions of artists, musicians, comedians, and other content creators who use Twitter to promote their work. There’s almost no place better for journalists to network and find other jobs or freelance opportunities (we found some of our best writers over the years on Twitter). Our ability to follow major events in real time will be severely hampered, particularly in places where the government has firm control over communications (in Turkey over the weekend, for instance, the only way many in Istanbul could learn about the bombing was from Twitter because the government had put a freeze on reporting). The loss of Twitter would be deeply troubling for countries in the Global South, which uses the social network to organize protests and stay informed about the actions of their government.

Twitter is a toxic hellsite full of trolls and misinformation, but it’s also a valuable resource for millions of people who rely on it for their jobs, for networking, to virtually connect to others, and to stay informed during national or international emergencies. I want nothing more than to see Musk’s incompetence burn through $44 billion, but I do hope that it doesn’t come at the expense of all those people who rely on Twitter. This, however, is not exactly comforting:

NEW: Twitter has lockdown it’s code base, freezing production changes to Twitter systems until further notice. Exceptions made if Elon explicitly says so, according to an internal email. 1/


Here's the most awkward custom search function I've ever created: everyone you follow, who's also paid Elon $8 for a dodgy tick


← Let Conan O'Brien Help You With Your Self-Doubt | 'Atlanta' Series Finale Recap: Was It All a Dream? →