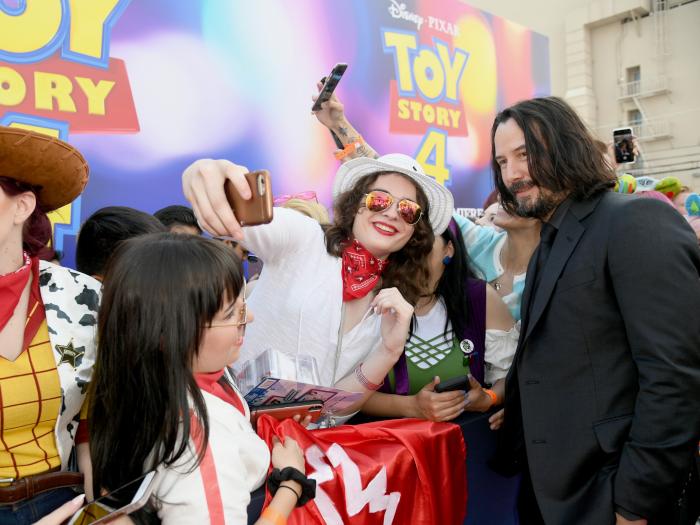 I don’t know what it says about me that I have overthought this piece way more than, say, the article about Peruvian politics. Blame it on internet hot-take culture that I now have to consider all the nuances of sh*tposting that take the piss out of toxic internet cultures. Because we have seen it, how ironic memes somehow end up wormholing the people consuming them right into the thing they are parodying. Call it the Method Actor Paradox or something.

Perhaps what makes the Sigma Male Grindset memes less problematic is that they are not trapped into the pull of Poe’s Law. They are all about parodying a toxic culture that is intrinsically humorless, empty, and just plain evil: Hustle culture and all those “billionaire mindset” accounts that shame you for not having three different bank accounts or not waking up at 3:15 am and starting six side hustles. Also, you are a loser for wasting your time going to college, even if you studied something like Law or Engineering because the 9 to 5 is a trap bro! Basically, it’s for people who saw Bezos and Musk exploiting labor and dodging taxes on a nation-collapsing scale and chose simping.

As with any culture overpopulated with dudes, it will always be open to bullsh*t pseudoscience, for example, the cheap psychology of social stratification according to Greek letters, which of course, are based on a rescinded study on wolf societies. That’s not enough for the hustle bros; they might make fun of Millennials, but that doesn’t mean they don’t want some of that special snowflake glow, so the new thing is the SIGMA MALE, which is like a more taciturn Alpha Male or something … look, basically all these dudes now want to be Keanu Reeves by way of John Wick, but also like James Bond … I mean, we are talking about the kind of people that think themselves masters of efficiency because they saved two syllables in the words “grinding mindset.” It’s basically fodder for YouTube content mills: 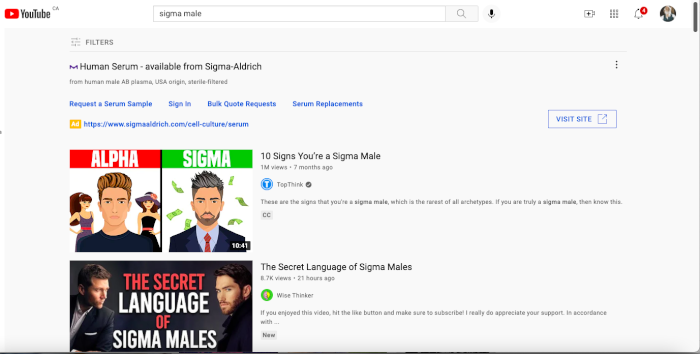 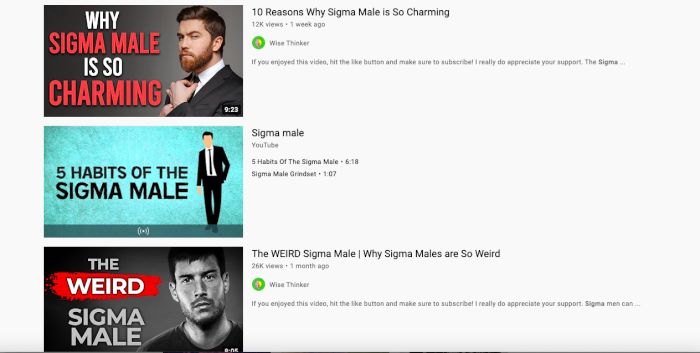 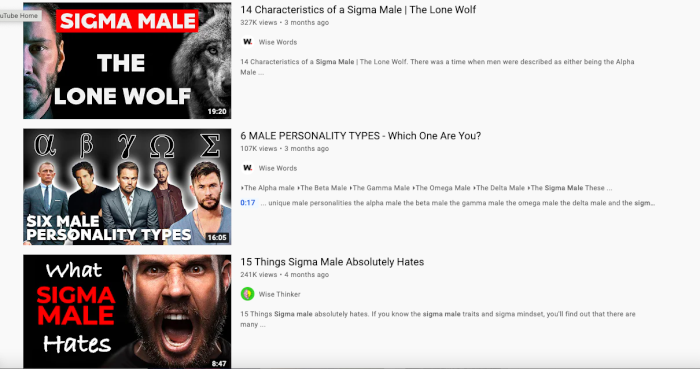 Sigma Male Grindset memes basically take the logic of this premise and follow it to its darkest or absurdest consequences. Or as it is also known, Jordan Peterson:

The best ones are on YouTube. The formula takes any video showing someone doing something idiotic or a surreal situation and reshapes into parodies of hustle inspirational videos, set to the repetitive melancholy of “Drive Forever”. The finishing touch is creating an ever more absurd prefix to the word billionaire:

Batman is in principle the ur-example of a sigma male

I have a confession to make: I love Top Gear. I’M SORRY. Everyone has their own problematic comfort foods, and mine is seeing three British midlife crises (because they are the embodiment of that phase) going about their colonizer ways and failing spectacularly:

The best way to enjoy these videos is by shutting off your brain and thinking there are day trader bros out there who are FUMING at being the subject of the joke. And if you’re wondering “is there such a thing as sigma female grindset?”, I got you covered. The best for last:

And yes, predictably, there are earnest videos about sigma females. Aw, these boobies think they have a shot with Margot Robbie! 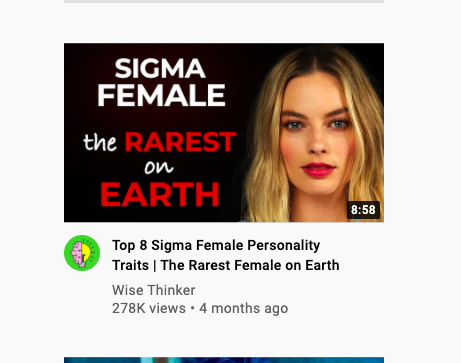 ← Review: Pablo Larraín's "Ema" Is An Aggressive Slap Of Cinema, Meant To Put Some Color In Our Cheeks | 'American Crime Story: Impeachment' Forces Us To Reassess Our Villains →