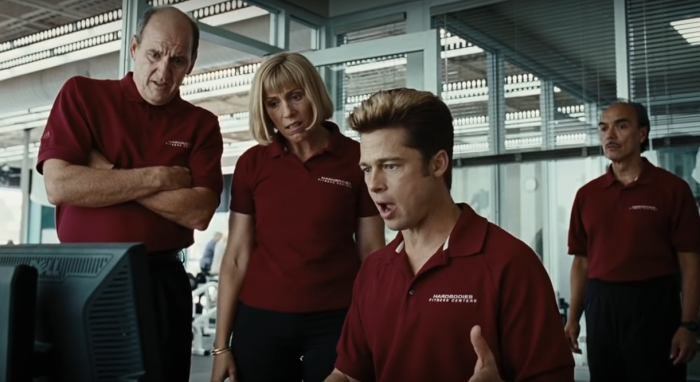 Reddit Asks the Question: 'What Were the Most Unsettling Things You Found When Downloading the Data Google Has On You?'

I’m no Luddite. At least not in the way people usually use that word these days. I don’t have some instinctive animosity towards technology in and of itself, though I do have a serious and visceral aversion to this ‘platform capitalism’ dystopia of Google and Facebook and Amazon that we’ve been corralled into in the last two decades. I’ve tried to limit my immersion in it, though of course the trouble with the modern matrix of info and data is that we are all trapped within it to some degree, whether we want to be or not. I don’t have Facebook or Instagram (anymore), but I still have Twitter and WhatsApp. I try to use DuckDuckGo as much as possible but I still have a GMail account and occasionally slip up and Google something instead of DuckDuckGoing it (the term will catch on if you want it to catch on!) Slipping free of globe-encircling bonds is not easy.

Individual action has a minimal effect too, so I don’t pretend my boycotts are some sort revolutionary act, merely a small step towards maintaining my own mental health in the face of the oppressive gloom of this digital Panopticon. In surrendering ourselves willingly—though many times without full knowledge of consequence or extent—not only have the definitions of privacy been transformed, but so has our very nature as a species and individuals. We have become bits, quantized units of data to be stored and sold and fed to algorithms, at once made more interconnected than ever before yet all the more atomized and fractured as a result. One of the biggest culprits here is, of course, the all-knowing eye that is Google. Google sees all and hears all. There’s also a feature in it that let’s you check out what it has on you (or at least the parts that it doesn’t mind you seeing anyway). The feature’s called ‘takeout’ and you can find it here. Reddit asked its users the other day about what they found when they downloaded their data. You can check out the full thread here but below are some highlights: 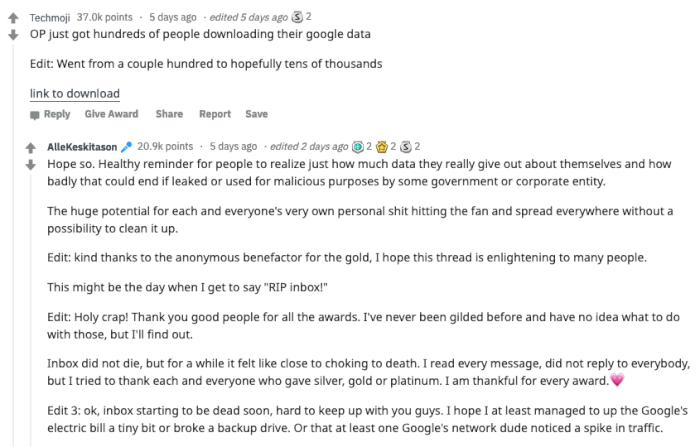 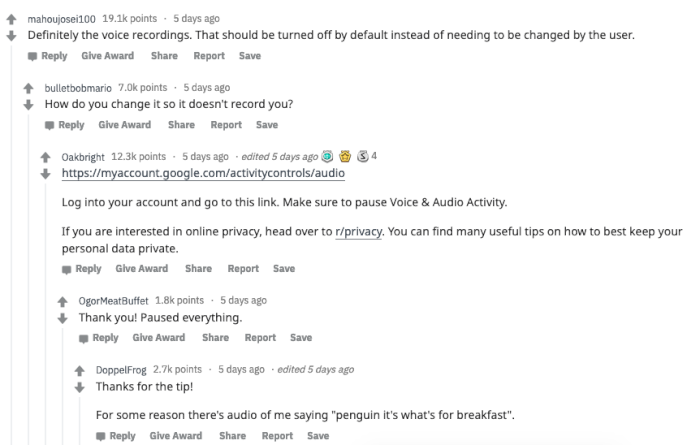 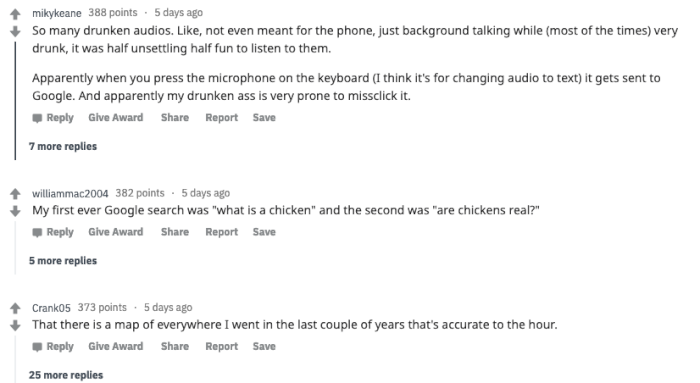 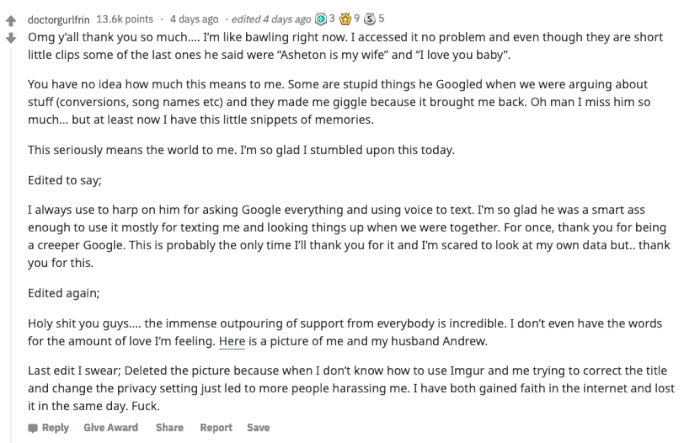 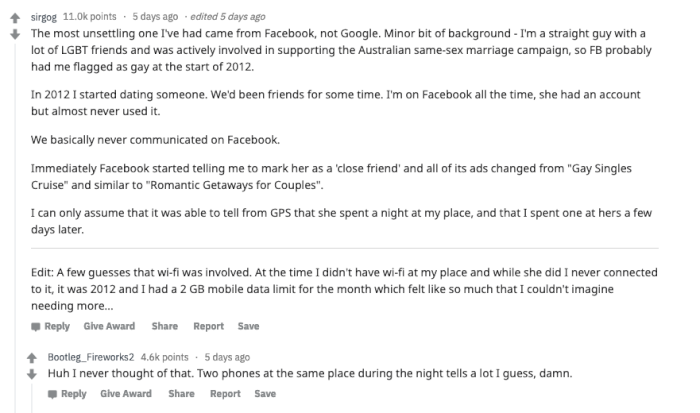 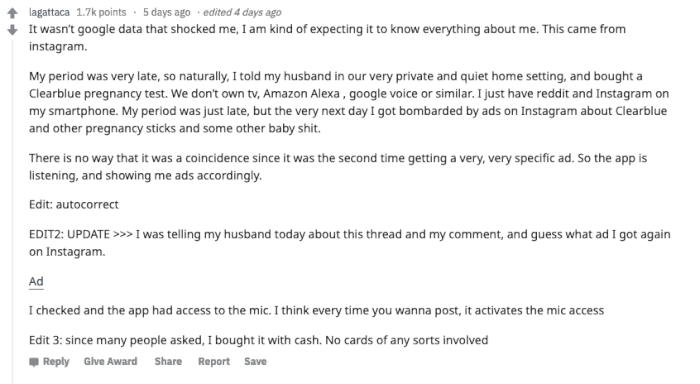 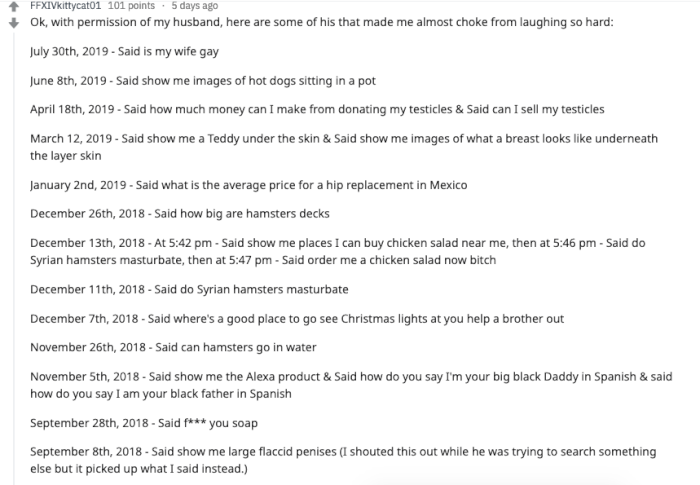 ← Mooch Suspended from Twitter for Fat Shaming Trump Who Fat Shamed a Supporter | Stream It or Nah: 'Otherhood' is a Tiring Portrait of Meddling Mothers as Martyrs →